...but if less is more, imagine how much more, more would be. This must have been the main idea behind the FREMO meeting at Zuidbroek. Around 6000 square meters (that is 64 583 square feet) was the size of one of the largest FREMO meetings ever. H0-scale, N-scale and large-scales all together at Eurohal Zuidbroek in the Netherlands. And I was there, right in the middle of it to take some pictures for you to enjoy. :-)

The FREMO concept is modular - you build your own little module or perhaps a station and connect it to the modules of the other members. Very simple indeed. The module end pieces are standardized so everything works together, but you decide what is going to be the theme of your module. To keep a clean look of the layout the general theme is a sunny summer day, but that is about it.

The FREMO modules are normally of extremely high quality. The detailing is incredible and some of the module series are entire small layouts. This makes FREMO particular and fun. You decide how much you want to build, but when you connect it to a FREMO layout, your module becomes part of an entire world. At the meeting in Zuidbroek there were members from Germany, Norway, Czech Republic, Austria, Switzerland, Sweden and Denmark. The modules are put together, so they represent the European country layout. You drive from Norway through Sweden and Denmark into Germany and so on.

I personally found the Norwegian modules to be among the most beautifull modules. But the German modules were also very nice. Some of the modules have become legendary amongst the members because they can be found at FREMO meetings the last 15 years or more.

Given the different nationalities the modules were very different and very often reflect the nationality of the builder. The module below is representation of a typical Dutch town with a canal. 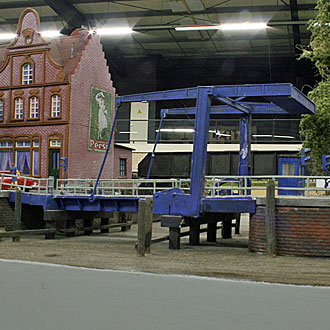 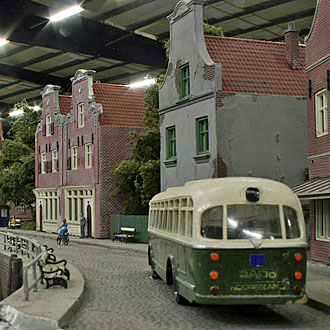 FREMO uses its own hand controller called FRED. It is the only control allowed at a FREMO meeting. Every locomotive has its own FRED, so no one can accidentally take over another locomotive. This is very important when running a 3000 square meter layout, which was the size of the European layout at Zuidbroek.

It can be a busy day at the engine shed. In FREMO every locomotive and every wagon or passenger coach must have its own unique number. This is necessary when running the layout following a schedule. Just as it would be in the real world. FREMO copies the real world to the outmost detail.

But of course, there are room for fun and jokes. This particular freight car will recall memories at especially Danish, German and Norwegian members. You could find this in a freight train running from Denmark to Norway and back to Zürich.

Some of the station modules are huge. Since overhead wire is very difficult to reproduce on a modular layout, most places the overhead wire is indicated only by the free stading masts. This actually works quite well and your imagination will fill in the gaps.

The FREMO concept is build around the late Era III even though some stations represent a more modern look. To me, this does not matter - afterall I am a modern person. :-)

Some modules are build in series with a theme. The line below was a 12 meter (approx. 40 feet) long open area with fields and forests. Very typical terrain of Northern Europe.

Signals are of course part of any layout. In FREMO, due to the nature of a modular layout, they are mostly found at stations. But some modules represents small signal posts which are then remote controlled from the nearest station. 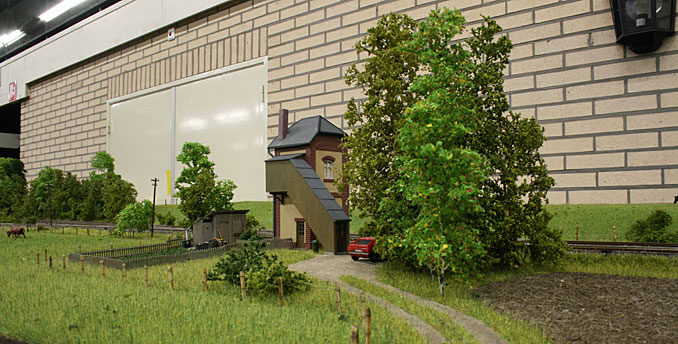 This was my little review on the FREMO meeting at Zuidbroek. A fantastic experience and I was happy to be there. At the end of the weekend you are tired of looking at model trains, which makes FREMO good for me, afterall, these meetings only comes around every once in a year. Of course, there are small local meetings all over Europe every weekend, which should be enough to keep the most fanatic enthusiast busy. :-)