I recently went to one of the many second hand markets in Germany and found a model of a class 151. The model was from a start set and thus being cheap. I paid 89€ for it.

Roco used an older mold for this model. If you have ever owned a class 151 from Roco, your model probably comes from that same mold and you will know that I talk about. The age of the mold shines through on the design of the model, but I do not think it has any real influence on the level of detail, although the models of today usually have more details. The difference becomes obvious in the molded hand railings and other details that are usually separately applied on newer models. In my opinion Roco designs are superior to many of their competitors and have been so for many years, which is why I think, that age aside, this model can still work along its newer model brothers and sisters. 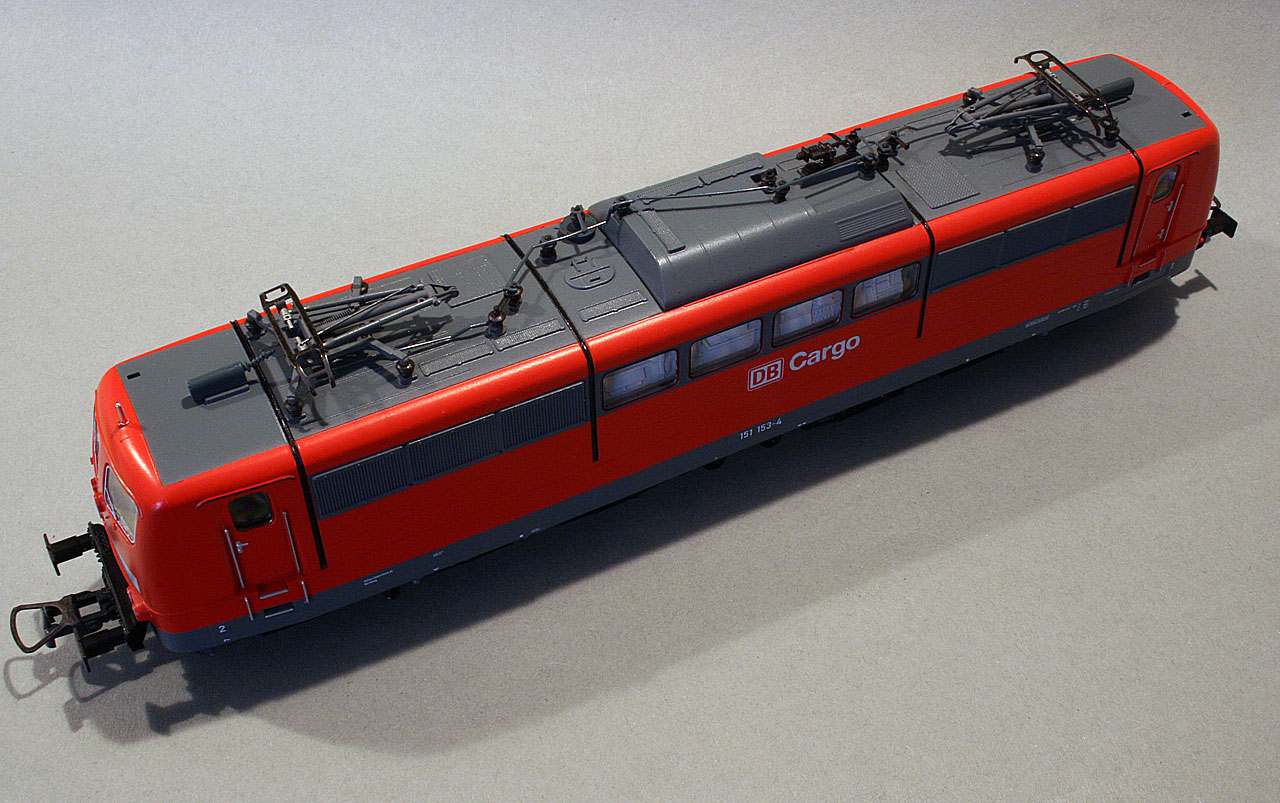 The roof equipment is really nicely detailed with small insulators and two power pickups of the type “Einholm”. The small cables are made of plastics where other models have cables made of wire. The plastic is very soft, which makes it difficult to accidentally break it. Very nice. The horns are missing on my model, but I may have some extras among my spare parts. 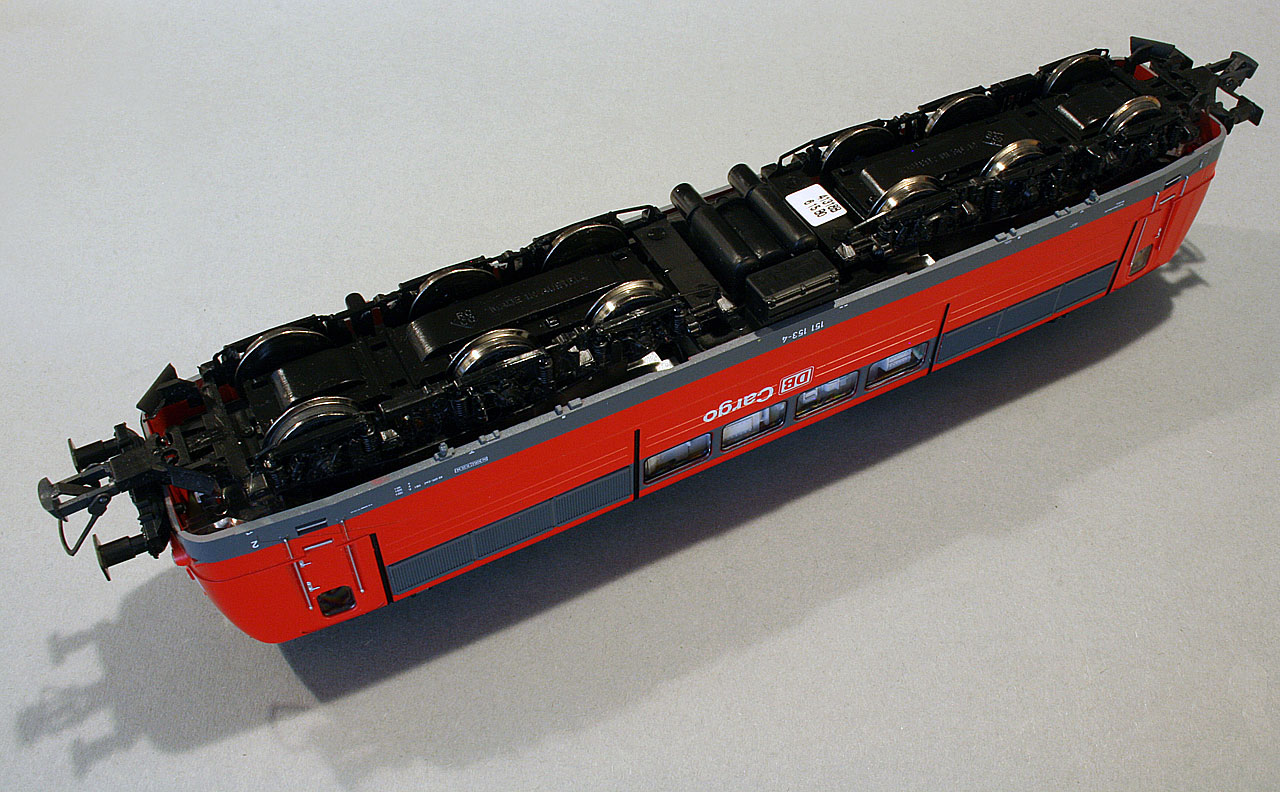 The model have traction on all six axles, which makes it a nice little puller for your large freight trains. The gearboxes are sealed tight (no cog wheels sticking out from beneath) so that dirt and dust will not enter the locomotive. The model lacks short coupler kinematics, the design is too old for that, but using a good short coupler will usually compensate for this. Roco makes its own short couplers or you can use a NEM-compatible coupler of your own choice. Using a good short-coupler will make the distance to the cars tolerable, so it will not be as ridiculously wide as you see on locomotives from Märklin’s and Trix’s “Hobby” range. Keep in mind that I paid 89€ for this locomotive.

The wheel sets seems to have NEM-flanges but I have not measured them.

You take the model apart using the well-known “Roco snap”, you do not need tools for this. The prototype have windows looking into the engine, Roco solved this on the model by using reliefs which looks kind of cool. Very nice detail.

The engine is the standard and very well running Roco motor used in almost all of their models. This is not some cheap motor like you will find on cheap Märklin and PIKO locomotives. This motor is the same as in all of Rocos newer an more advanced models, which makes this model run fine, smooth and silent. The motor is center placed with drive shafts and a flywheel. All six axles powered. 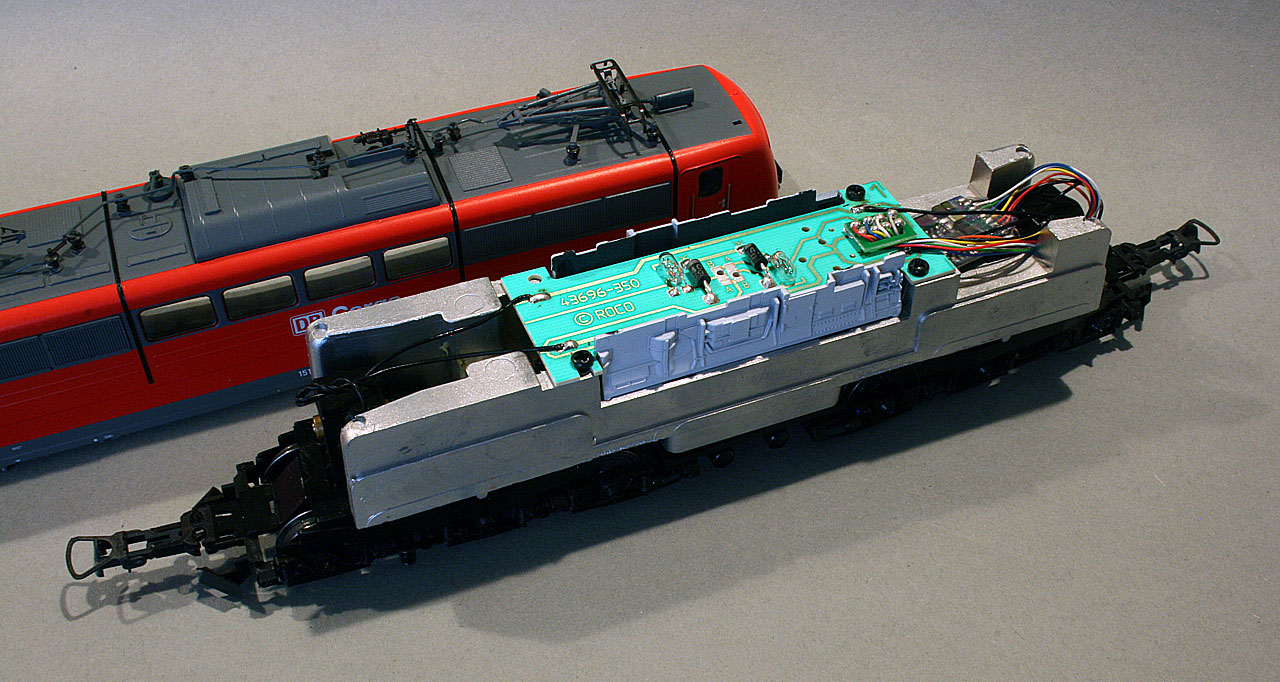 The electronics are the most simple imaginable. The lighting consist of two light bulbs with and works somewhat okay, but it cannot be compared to the LED lighting on newer models.

If you want a well running heavy freight train locomotive with a nice detailing, you should check out a Roco Class 151. There are several of them on the German e-bay and in stores around the Internet. You can often get them in the price ranges from around 80€ or more depending on the age of the model. New models sell from around 100€ and up.