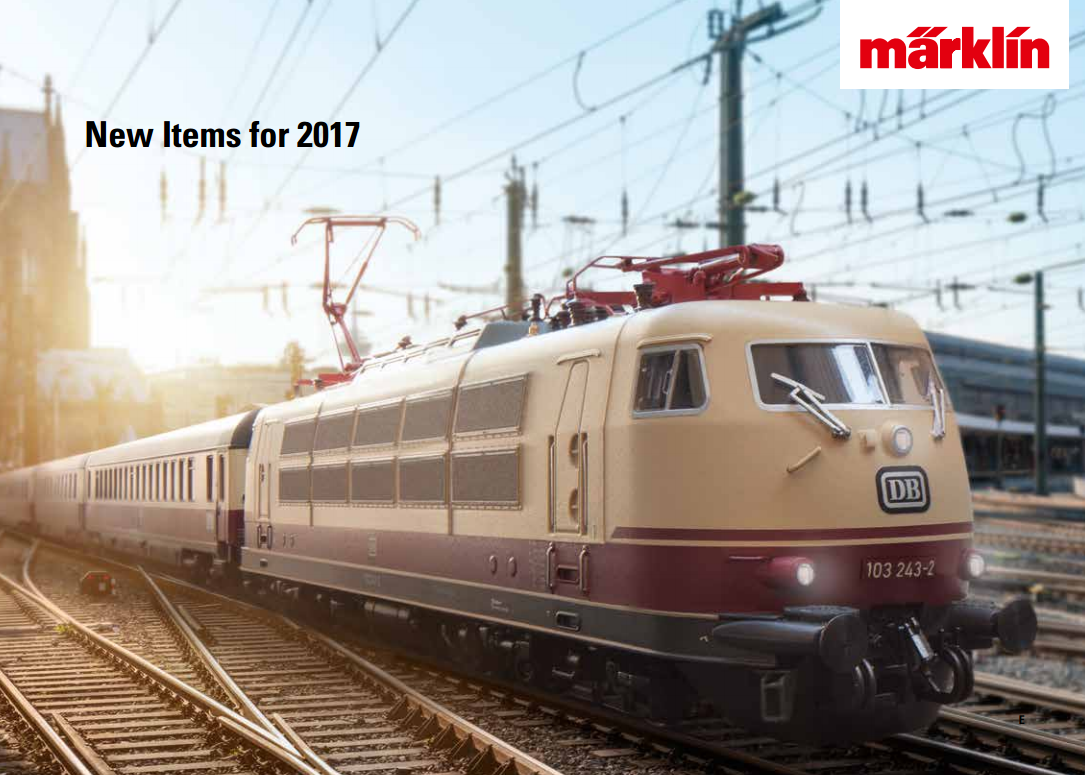 The Märklin and Trix new items 2017 are a treat for the fans of the modern eras. From era IV to era VI with an emphasize on era VI. Being an era V fan myself I did not find that much that I desperately need, but I did find a few items.

Here are some of the ones that I find more interesting.

The class 103 is a legendary German locomotive. Every fan of the German railway knows this locomotive and this year Märklin and Trix presents a completely new tooled version of this locomotive. It has got all the bells and whistles that you would expect from a new model and actually more than that. 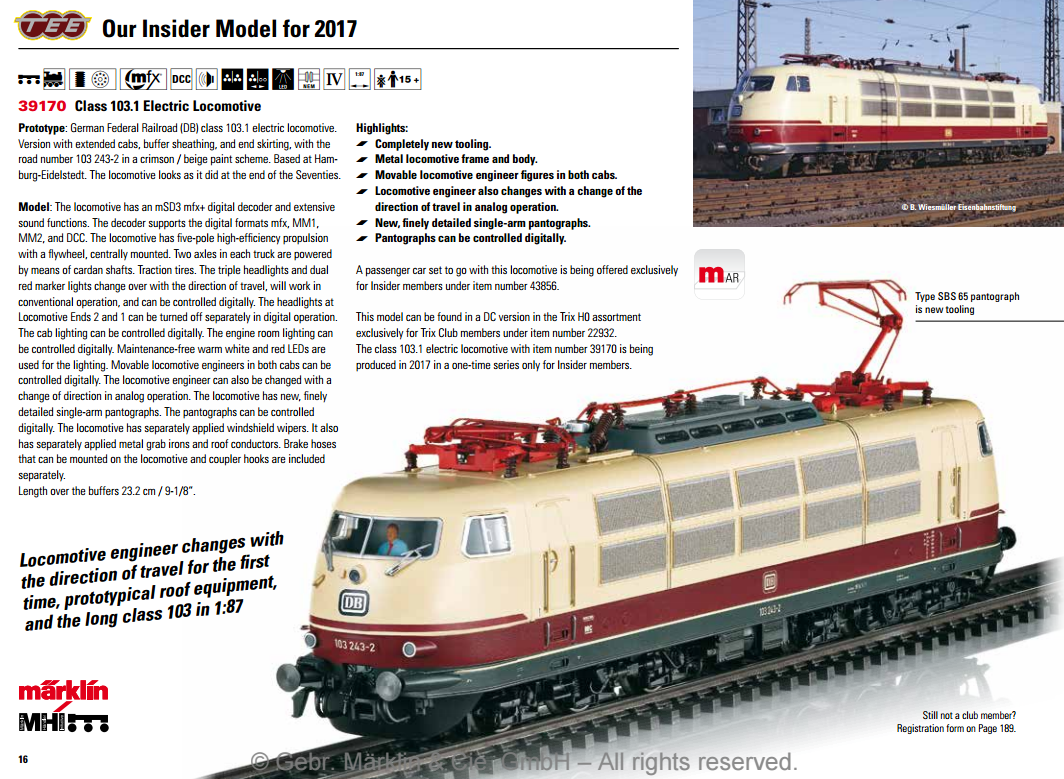 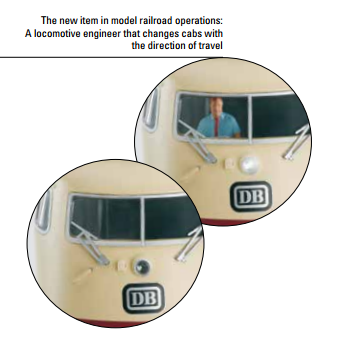 The train driver will switch cabs when changing direction

Note: The model is available only to Märklin Insiders and members of the Trix Club. My guess is that Märklin will release a lesser feature rich model of the class 103 for the "main crowd" at some time in the near future.

The TRAXX family of locomotives is becoming a legend. The class 187 is the newest addition to the family and was presented at the Transport Und Logistik exhibition in Munich by Bombardier Transportation as the first example of the TRAXX 3 family of locomotives. The class 187 is built for use with 15 kV 16.7 Hz- and 25 kV 50 Hz alternating current. The locomotive can also be equipped with an additional 180 kilowatt diesel engine which let it run on railways without catenary. This feature is known as "Last Mile". The prototype also features so called flex panels on the side which allows for quick change in paint schemes and advertising. 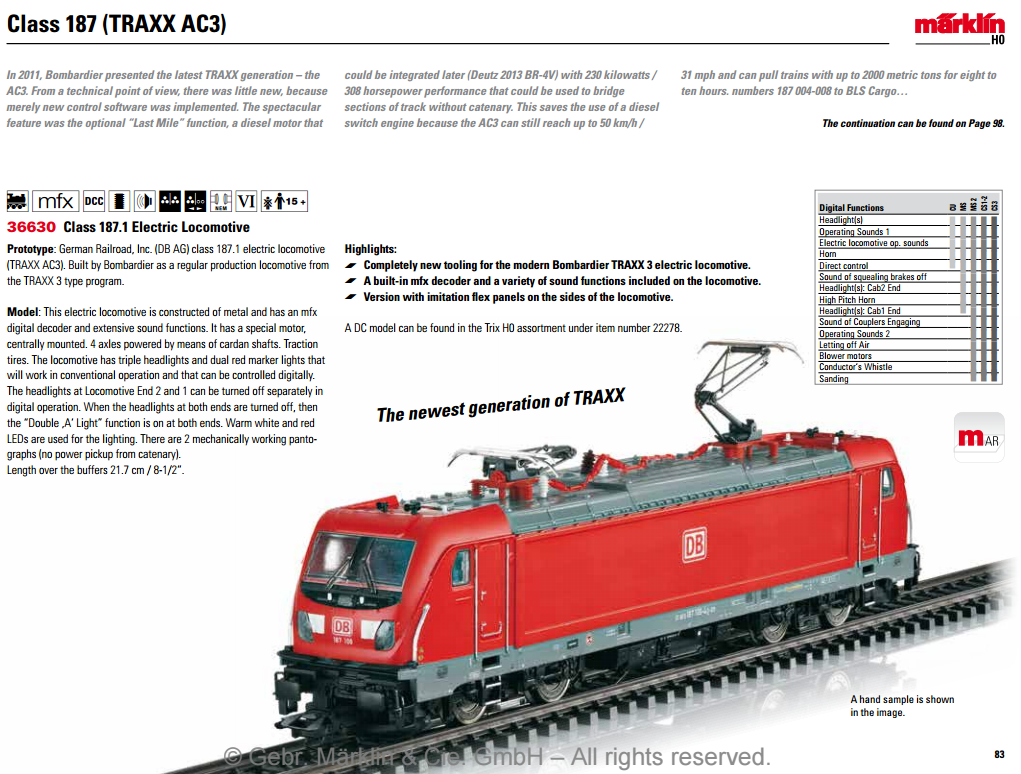 The models are introduced as "affordable beginner's model" which, unfortunately, means that the model will lack some features such as a coupler guiding mechanism which is found on models from other manufactuers. Märklin seem to insist that a coupler guiding mechanism is an "advanced feature" and I cannot disagree more. Along with a five pole motor, I cannot understand the reason for introducing models lacking this feature in 2017. Especially not when equally priced models from other manufacturers has it. Other than that, the model looks fine and has the features that you would expect from a new model.

The models in the new items brochure are 3D printed samples, and they look really good. I am looking forward to seeing the real thing when it eventually arrives. 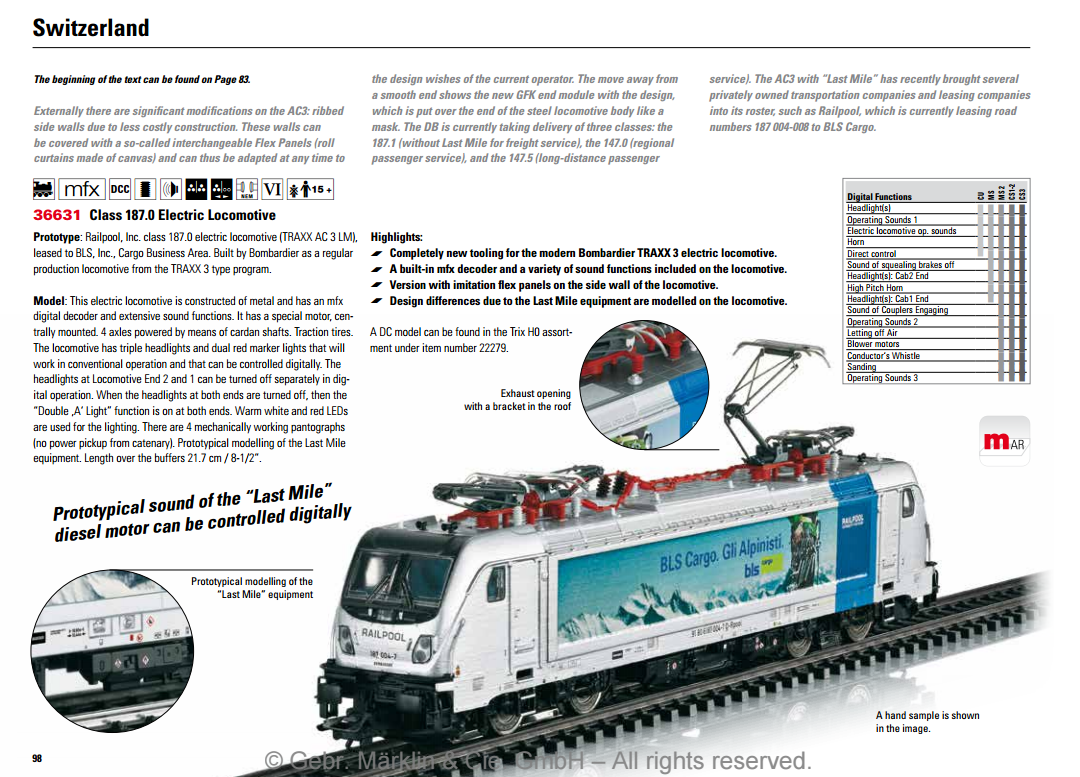 Friends of late era V and era VI will find loads and loads of container wagons among the new items. There are versions from many different operators and countries, so it should be possible to build a good rake of wagons for a prototypical era VI train.

I particularly like the Maersk, Hapag-Lloyd and Triton containers that I typically see in Denmark and Germany. There are also wagons from Sweden, Belgium and more. 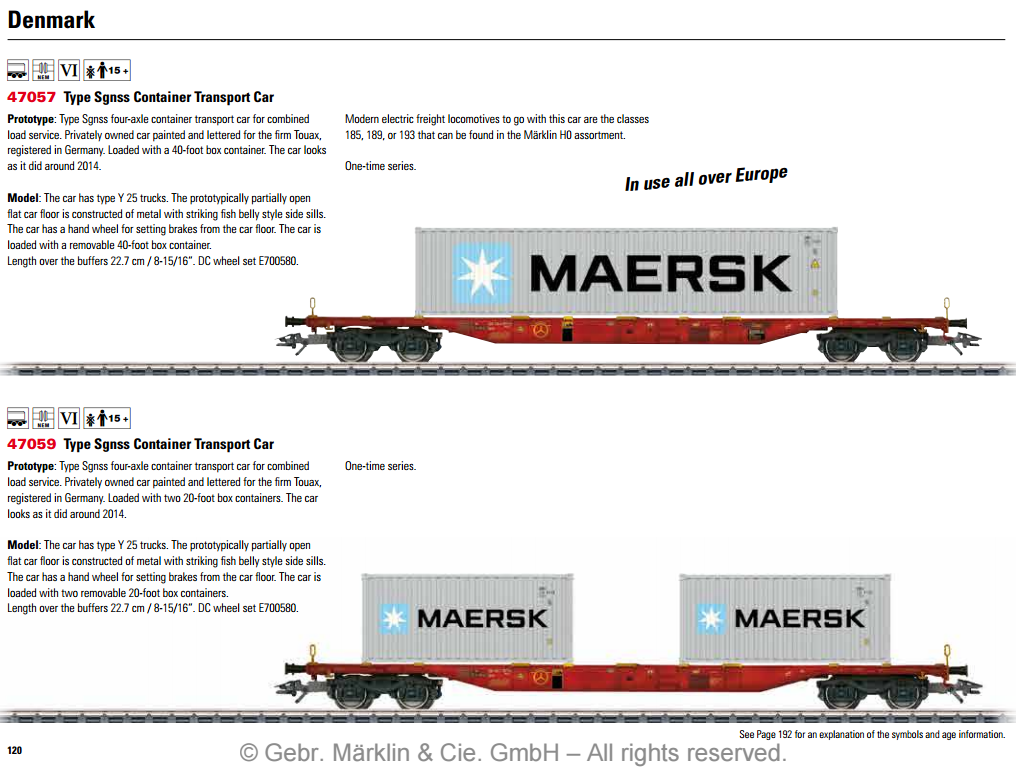 With the introduction of the Central Station 3 the digital book from last year was almost instantly outdated. This year Märklin introduces a new digital book about the Central Station 3. The book is put together from articles from the Märklin Magazin and will be made available in both German and English. The lack of an English version was highly criticized when last year's German language only book came out. 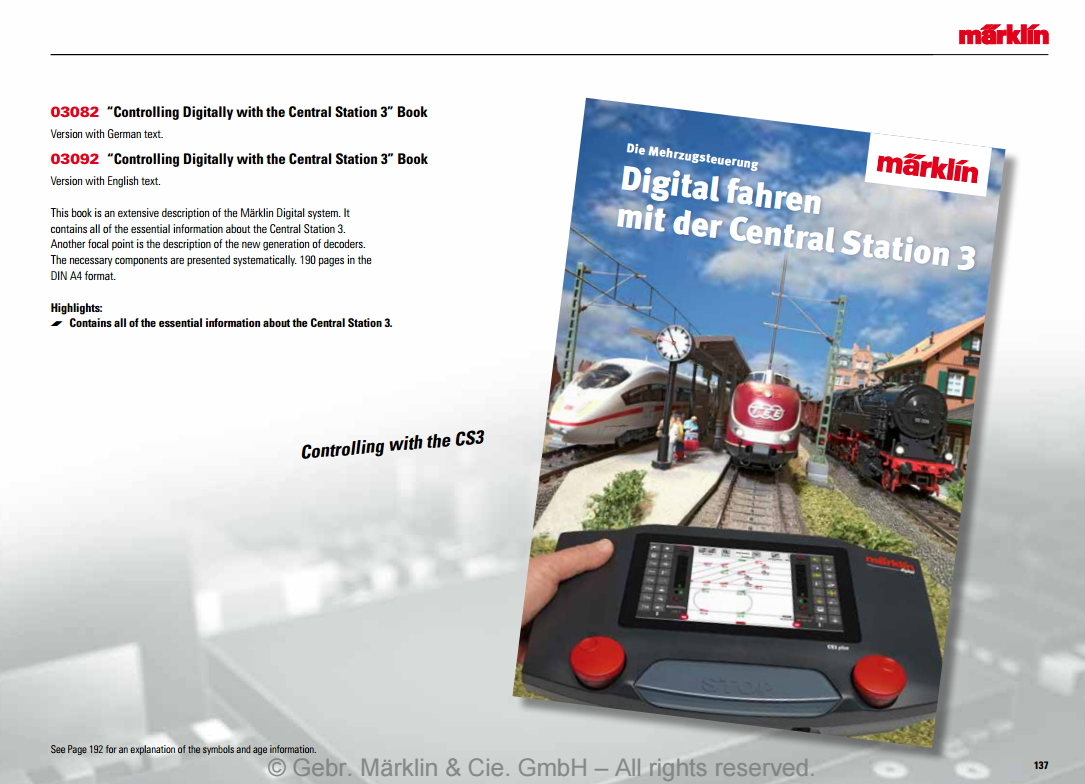 Other than that there are loads of other exciting new items to look at, but since money does not grow on trees, one have to master the art of limiting one self.

The new items brochures can be downloaded from here: