My exhibition layout can be set up in different configurations. This weekend I used a smaller configuration as I visited my favourite train store. 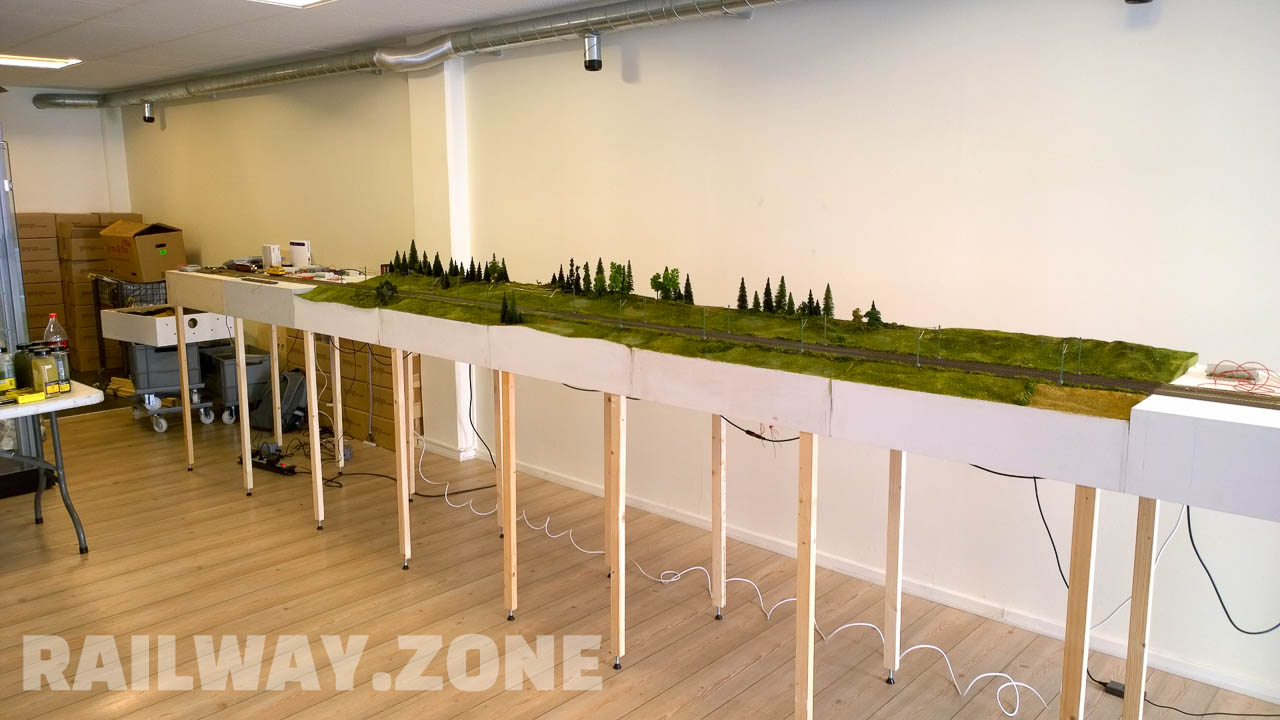 This weekend my favourite train store celebrated its 10th birthday. The owner had asked me if I could bring the exhibition layout and demonstrate the Märklin Digital System as well as landscape construction.

No problem, I was happy to do it!

Before the store opened, I took a few pictures of the set up. 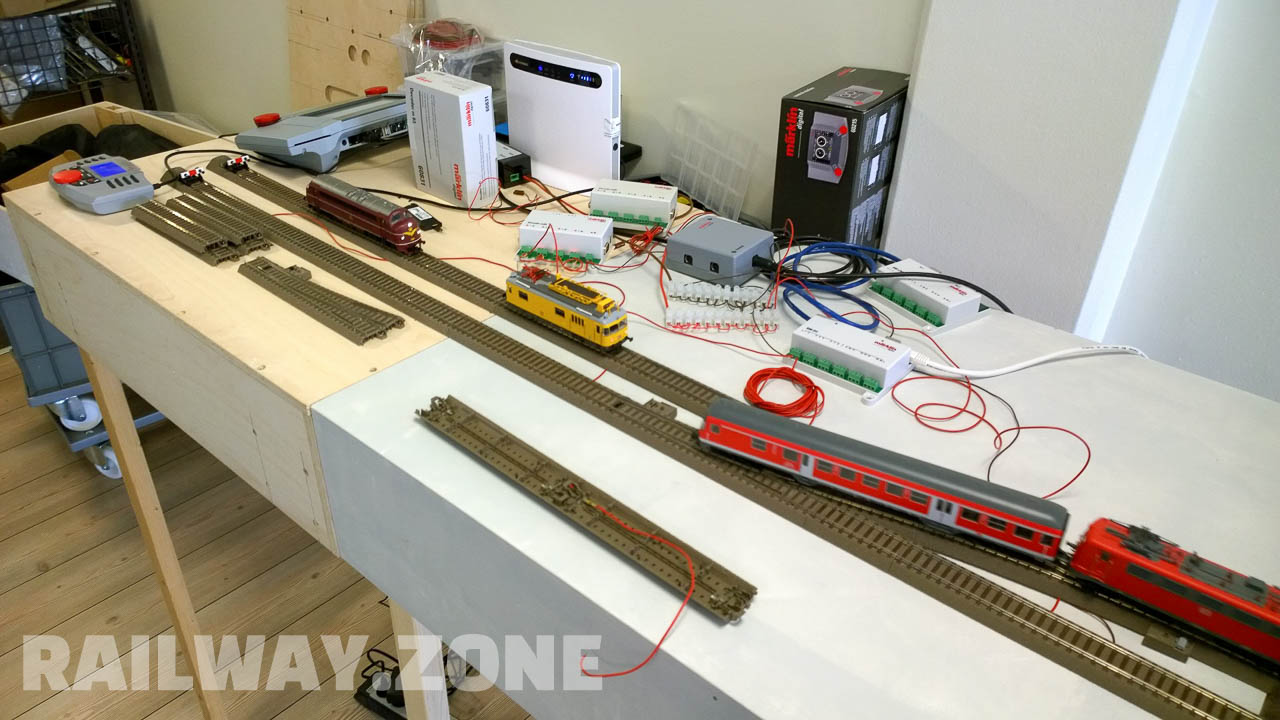 The exhibition layout is run by Märklin Digital with the Central Station 2 (Märklin #60215) as the center piece. I brought several digital components and rigged the layout to show off some of the many possibilities that the Märklin Digital system gives you.

The idea of the layout is to show the visitors what they can do with the components that they can buy themselves. There is no magic or special components in use. 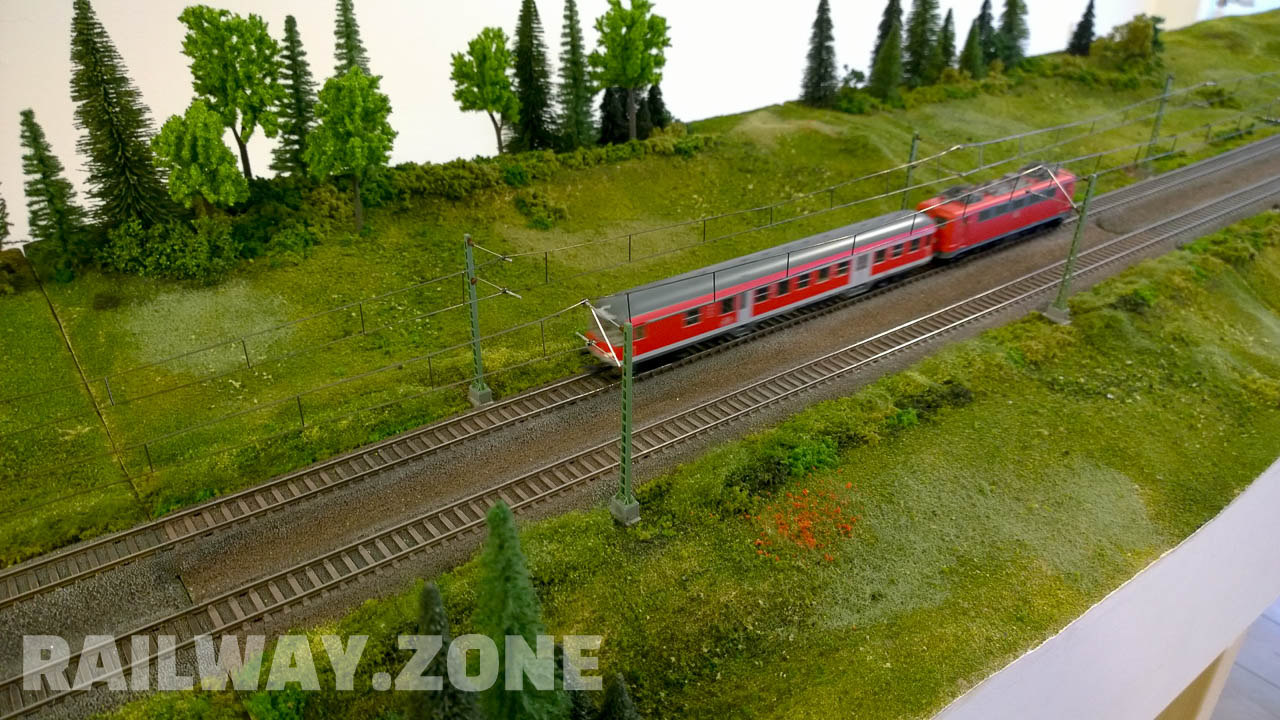 The customers were curious to see how a layout is run automatically and how it could work on a modular layout. I spent a lot of time giving small demonstrations of the Central Station 2 and how all the components worked together. The little class 141 and its driving trailer ran all weekend from point to point on the layout. 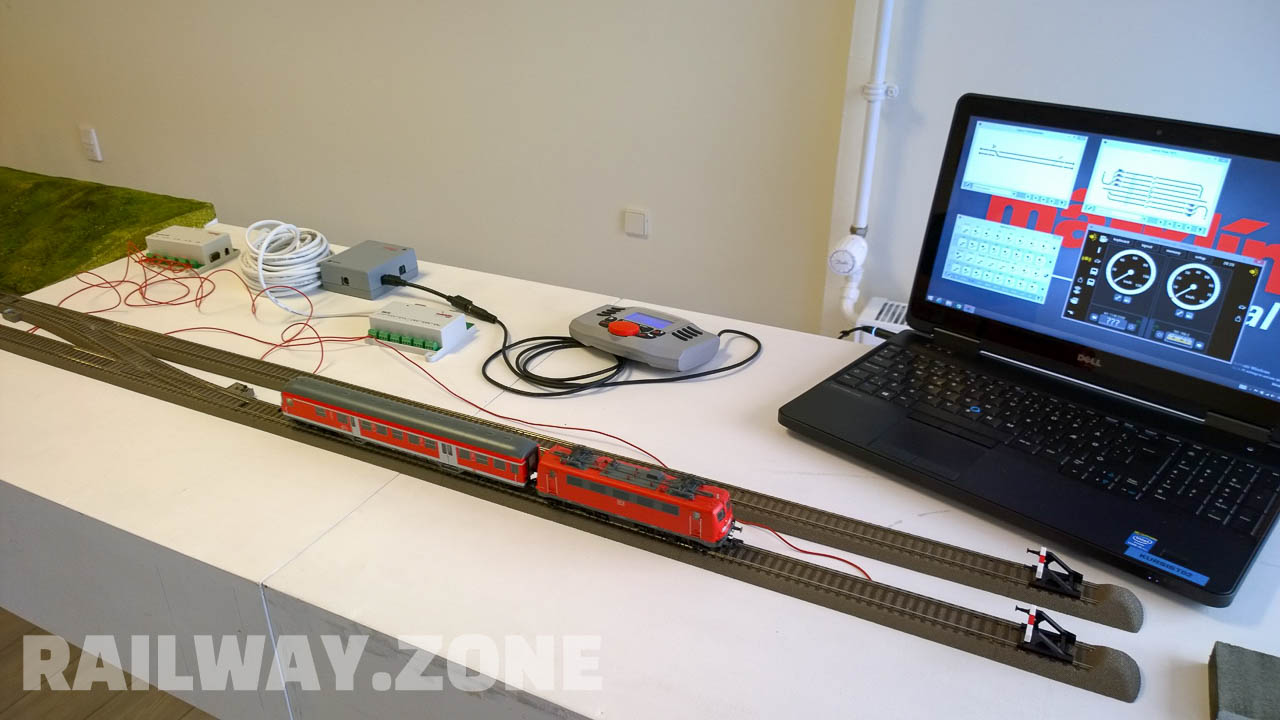 This makes the wiring of your layout a lot easier, because you do not have to worry about a lot of cables. 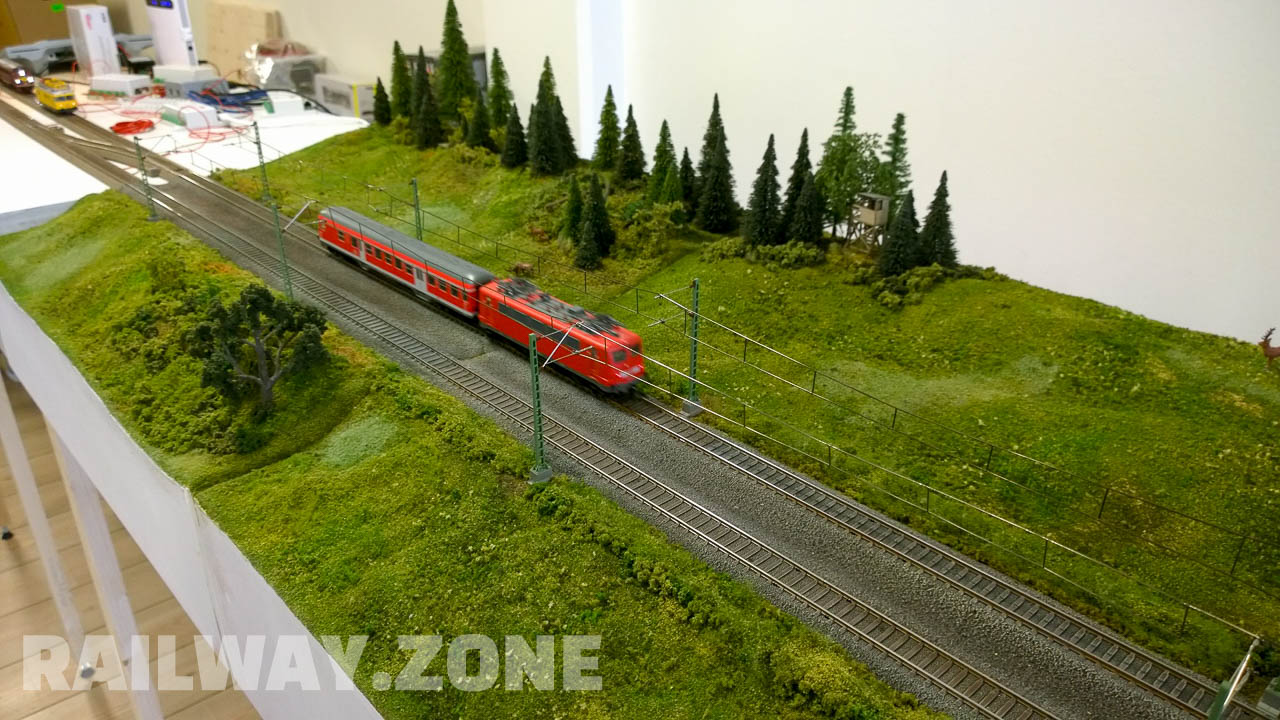 Landscape construction was also a frequent topic, I had brought some samples on the products that I have used. My landscape is mostly made from Woodland Scenics products with trees by Noch, Bush and others. 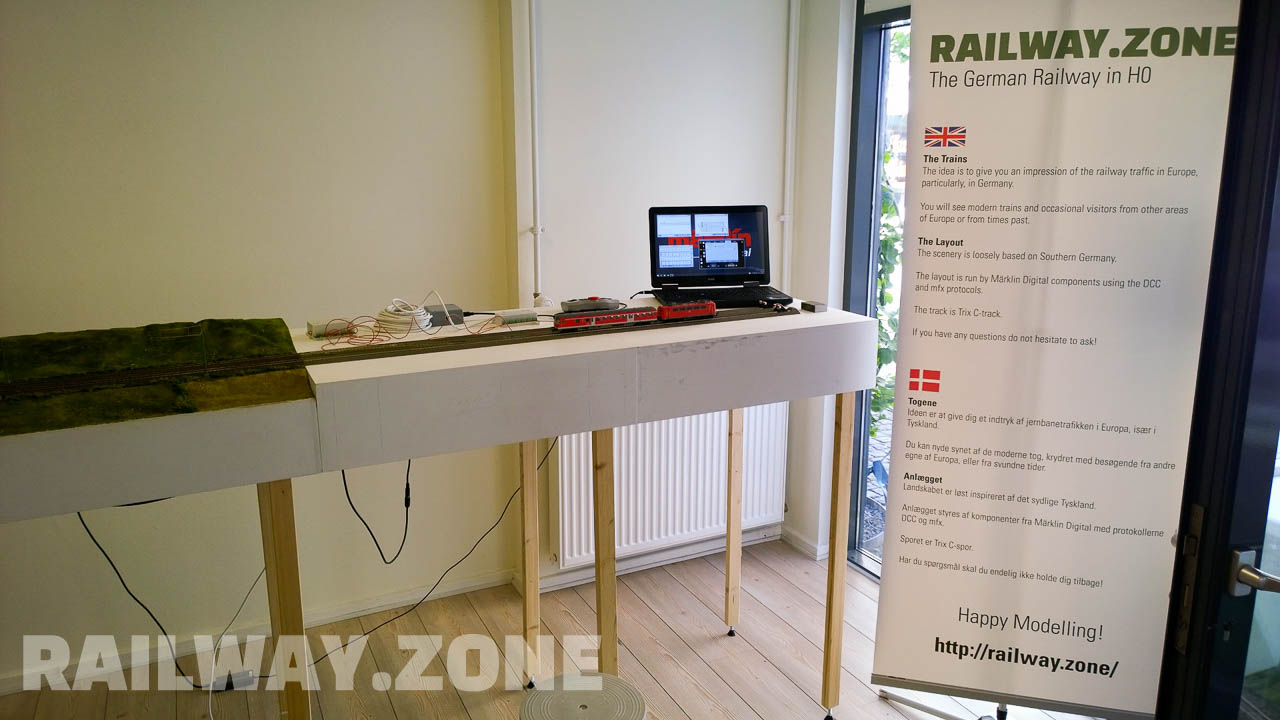 The layout had a north- and south station. The class 141 ran between the two stations all weekend. The banner tells the visitor about the layout and gives an overview of the technique.

The Trix Nohab also made its debut on the layout. I am very happy with that model, it is a good runner and it looks cool. 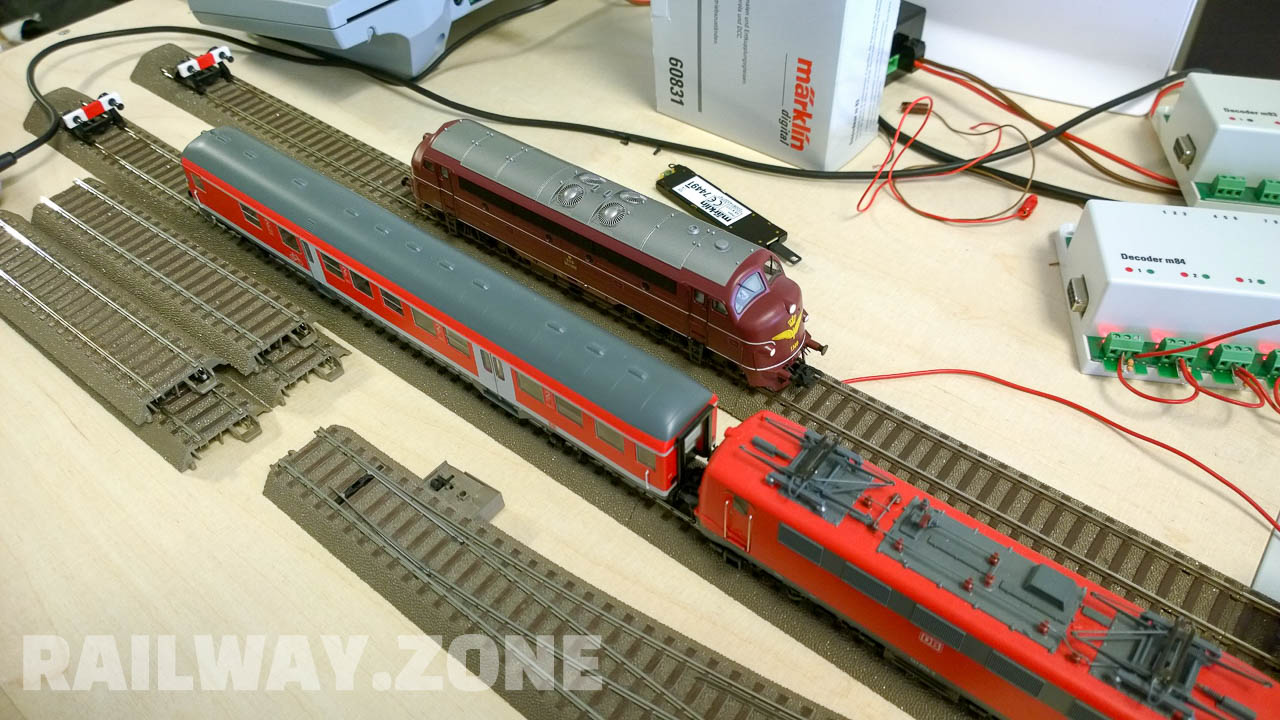 If you want to know more, please leave a comment or use the contact page to send me an e-mail.