Before the exhibition layout is packed away for the summer, I will do some maintenance to keep it up to standards. This includes adding additional trees, another paint job and additional wiring.

The exhibition have been on two exhibitions this spring and transporting it around do damage both the module frames and some of the landscaping. After each exhibition I normally repair broken stuff like trees, catenary and landscape in general. I also have some plans for adding additional features to the landscape, but that's another article. 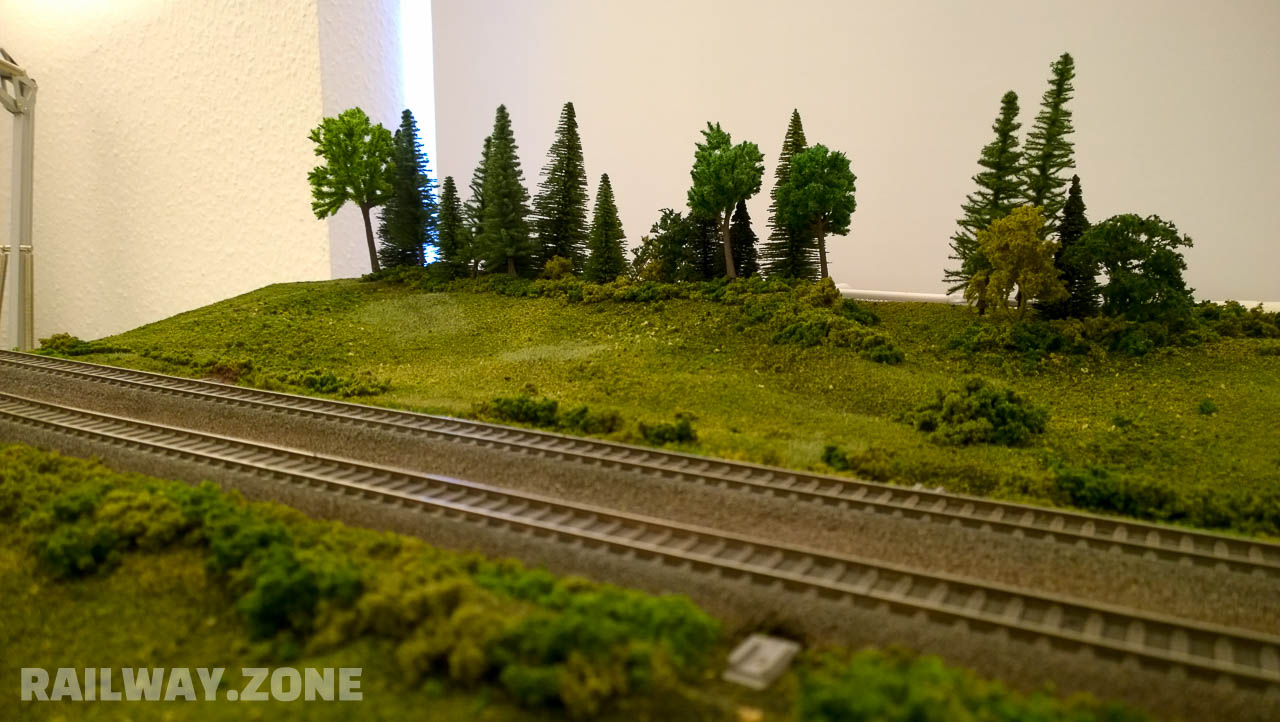 Adding more deciduous trees to a forest scene can give you a more realistic result. The trees are not glued, but only there for testing purposes.

Tip: "Tried and tested", I always try placing new trees without gluing them. It gives me an idea of the look that I am going for.

The original idea was to have a pine tree - or spruce forest, but looking at pictures from the Southern German area that I try to model, I noticed that they do in fact have a lot of deciduous trees there. So I went ahead and bought some trees from NOCH (NOCH #24105), which I think is both good value and good looking. The trees come in packages of five and you can get them in dark green as well as light green. I bought a couple of packages. 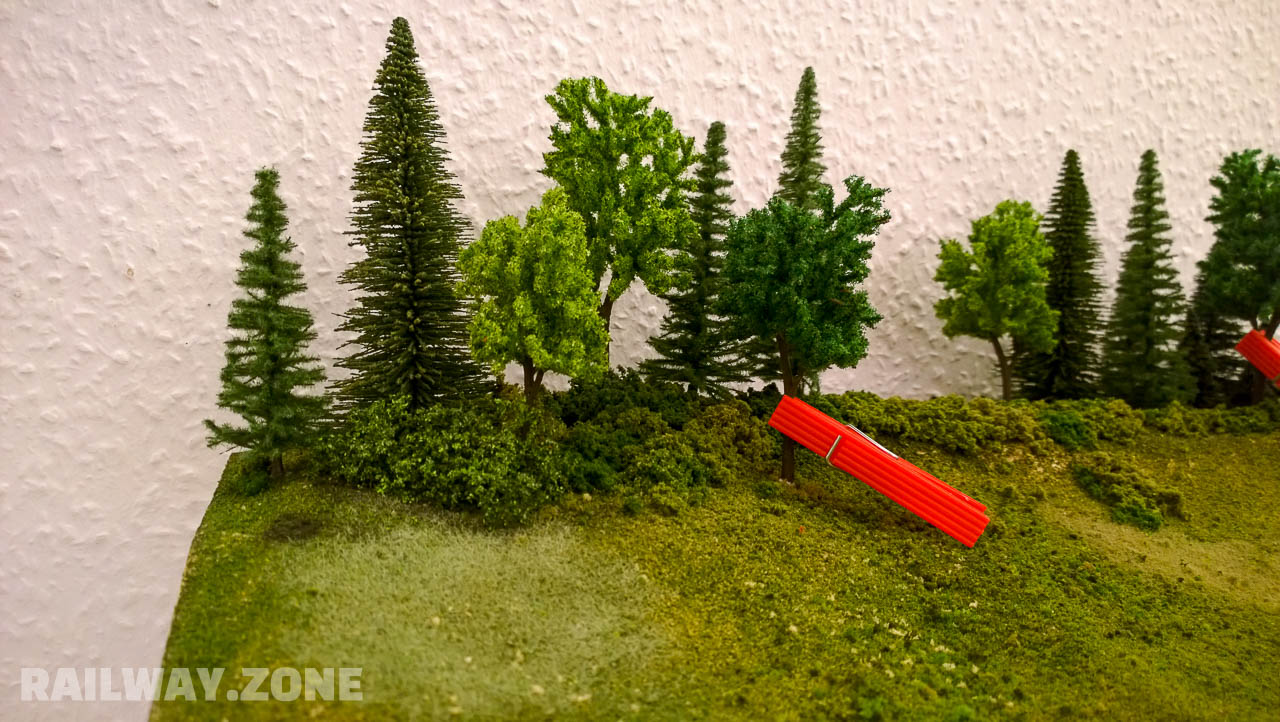 To every light there is a dark. Adding different colours of trees adds to the realism.

Tip: I use a cloth clip to keep the tree upright while the glue dries.

The trees replace some of the spruces that I had "planted" previously, and I also changed the layout of the trees to be in groups of uneven numbers, instead of a wall of trees in the back of the module. I think it looks better when grouping the trees. 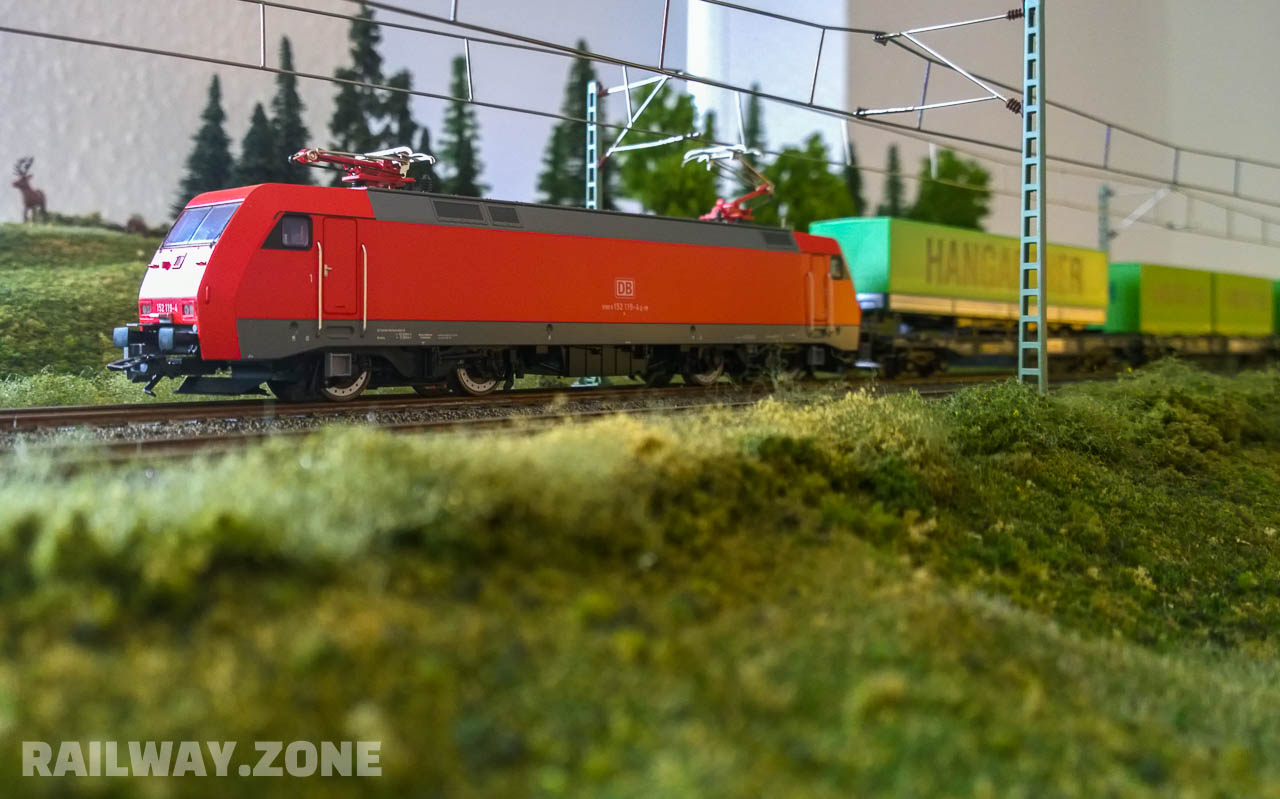 My new class 152 (Trix #22398) with a Hangartner transport looks awesome on the finished module.

If you have not yet tried the cheap deciduous trees from NOCH, please do so, I think you will be happy with the result.