For more than 50 years the class MY has played a big part in the Danish railway history as well as the history of other European railways. The class MY is also known as "The Nohab" or "Round Nose" (in Danish "Rundsnude") simply because of the way it looks.

To commemorate the 50 year anniversary of the class MY, Trix released a completely newly tooled H0 model of the locomotive. To my knowledge this is the first time the Nohab is available as a Trix model in H0.

The profile of the class MY is a familiar one to all fans of the Danish railways.

The history of the Danish Nohab goes back to the 1950'es where the Danish State Railway was looking into replacing the aging steam locomotives. As many other railway companies did at the time they looked for a diesel electric locomotive. Denmark is not widely known for its superb infrastructure when it comes to electrified railways, so a diesel locomotive was the only real alternative to steam.

The first locomotive was delivered to the Danish State Railways on February 2nd 1954 this was the MY 1101. The model from Trix is the MY 1140 (number 40) it was delivered, four years later, on March 13th 1958. The locomotive spent most of its time on the railways of the Jutland peninsula. It was a versatile locomotive that hauled both freight- and passenger trains.

It featured the maroon colour scheme from 1958 until 1979 where it was painted into the well known black and red scheme. Unfortunately the locomotive caught fire some where in 1987 and suffered total damage. It never ran again. The locomotive ended its days under the blowtorch in the city of Århus in 1989. 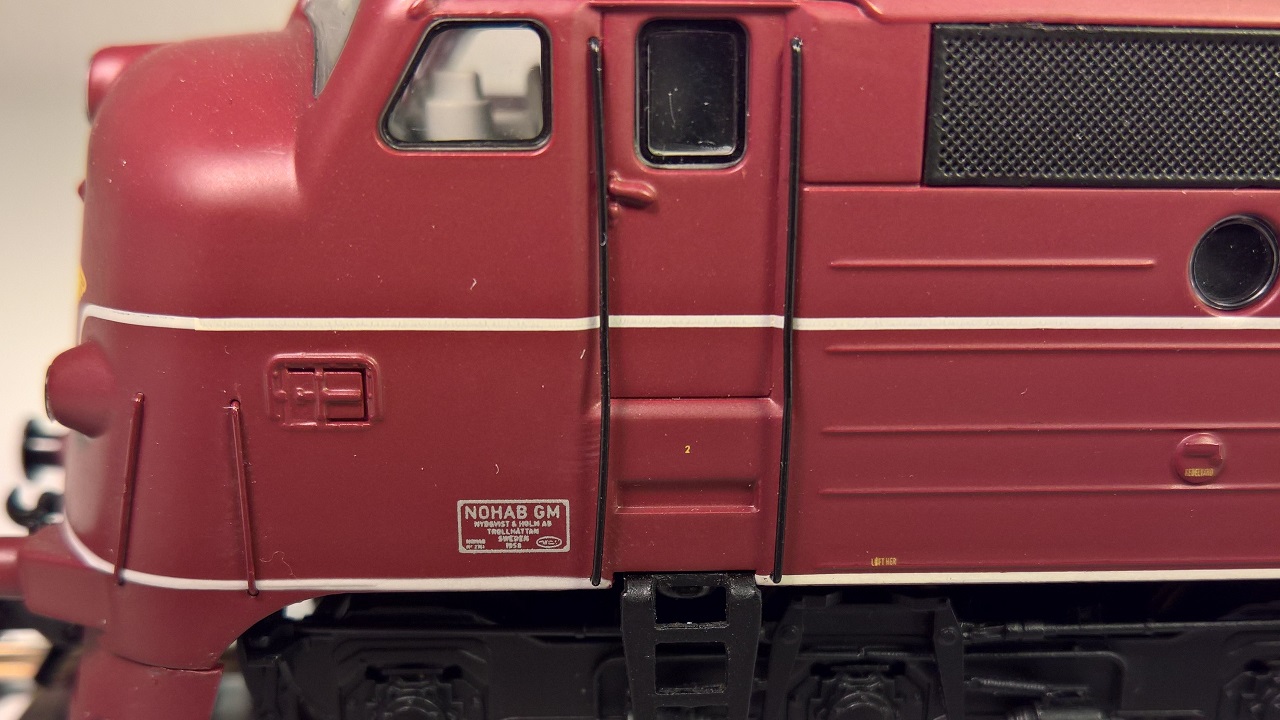 The prototype has an axle configuration of A1A A1A meaning that only two axles on each bogie is powered.

Trix never really cared much for the Danish rolling stock, a few models here and there, but never a locomotive. Not to my knowledge anyway. The class MY is a very nice attempt to get back into the game. 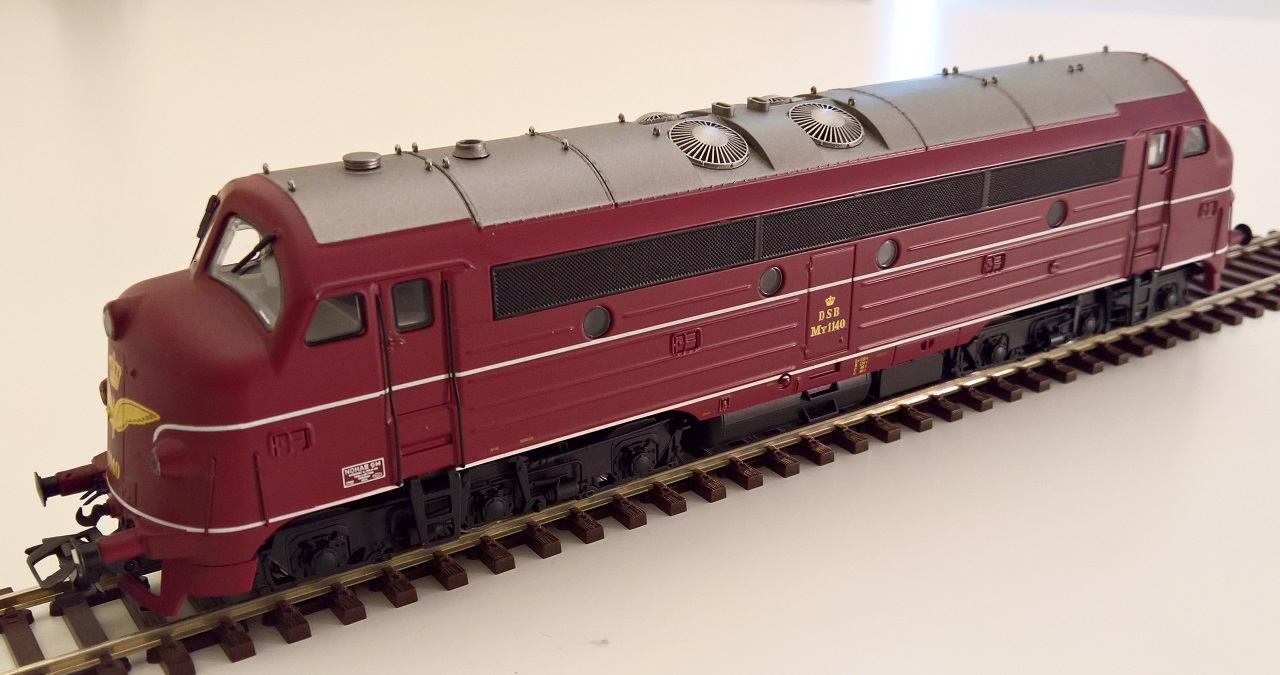 The model looks heavy and it is!

The tooling is brand new and is the same tooling that is used for the new Märklin counterpart. Märklin have made lots of models using their old tooling, but the models where not entirely accurate and they suffered from being equipped with the old Märklin commutator motor.

In my opinion a new tooled version was long overdue. Luckily, Märklin and Trix thought so too and here we are. 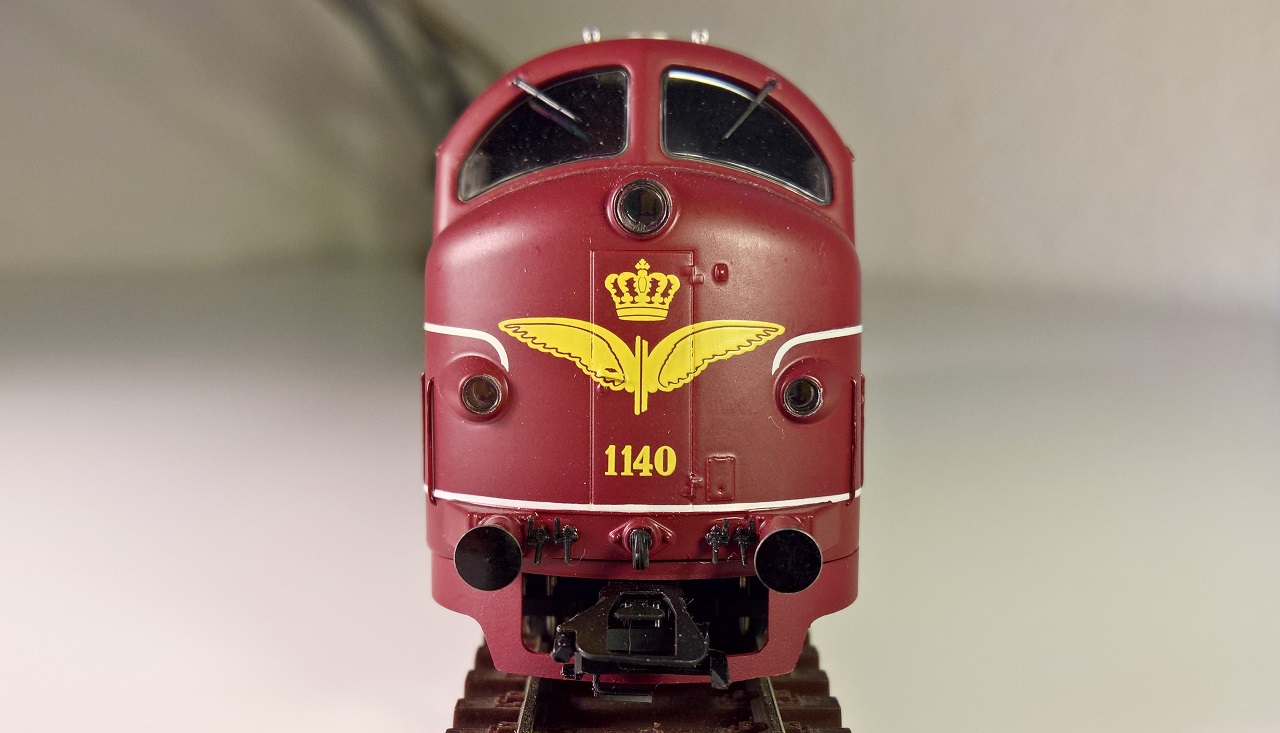 The model has all the features you would expect from a new model in these days.

The roof ventilation looks very realistic and the grills on the side are made from etched metal. 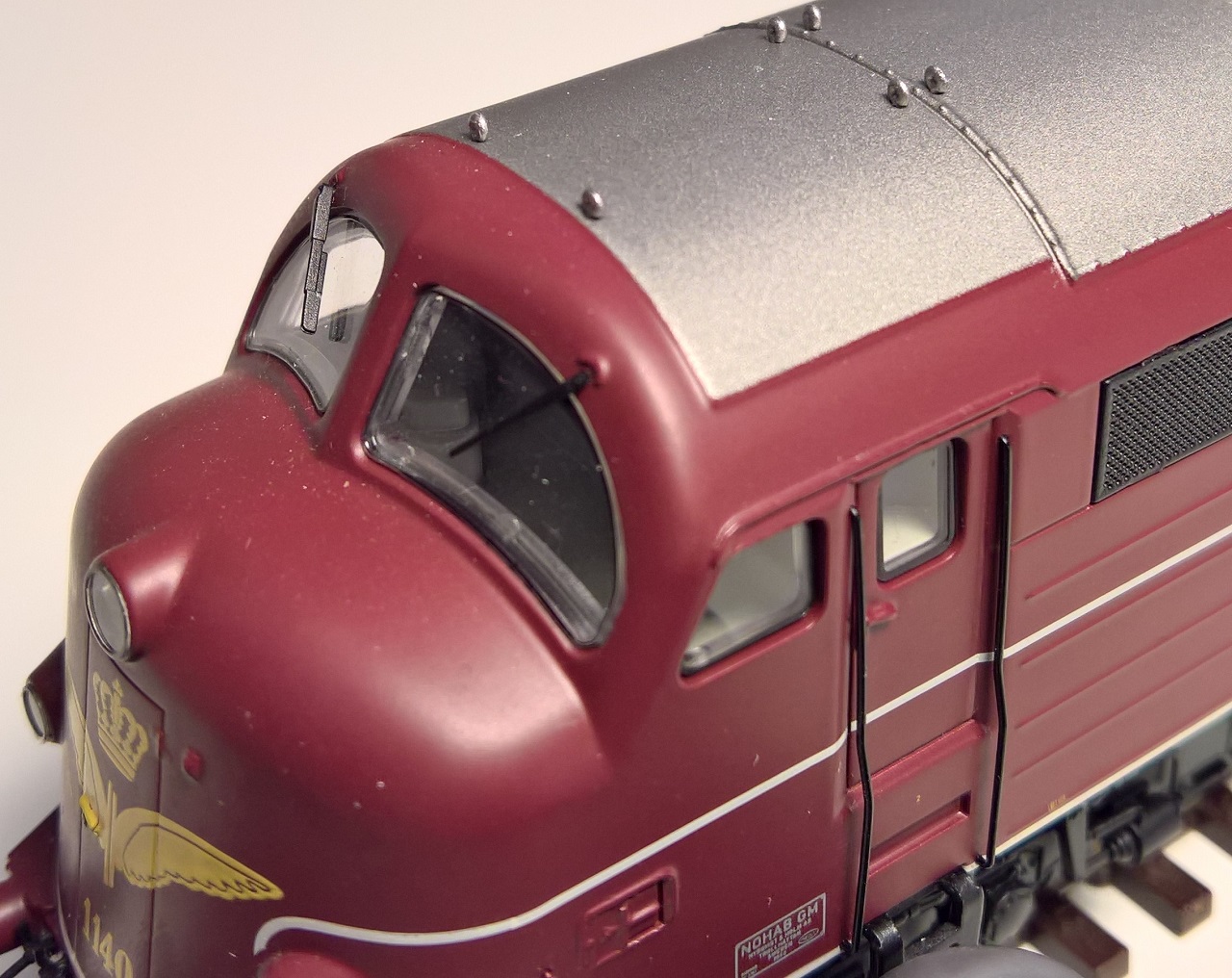 The bogie is detailed and true to the prototype.

The Decoder And Sound

My model came equipped with a Märklin sound decoder. The decoder allows you to change the different variables if you want to adjust the running conditions of the locomotive. I thought that it ran well without adjusting these settings.

I did dim the cab interior lighting as it was way too bright for my liking and I also adjusted the sound volume to almost half of its factory setting. I like my sound locomotives to be noticeable within a meters distance. I do not want to be able to hear them all over the layout.

The sound decoder features sounds from what sounds like a Nohab but I am in no way capable of hearing if it actually is a Nohab. To me, this is good enough. I think Märklin uses the same sound file for all their Nohabs. This means that the sound file features a horn which the Danish Nohabs actually never had. I think some Norwegian Nohabs did have a horn. On my model I simply disabled the horn in the decoder using my Märklin Central Station 2. The Danish Nohabs had a steam whistle and one is of course included in the sound file.

Other than that the sound file features all the standard sounds that you find on so many models today. 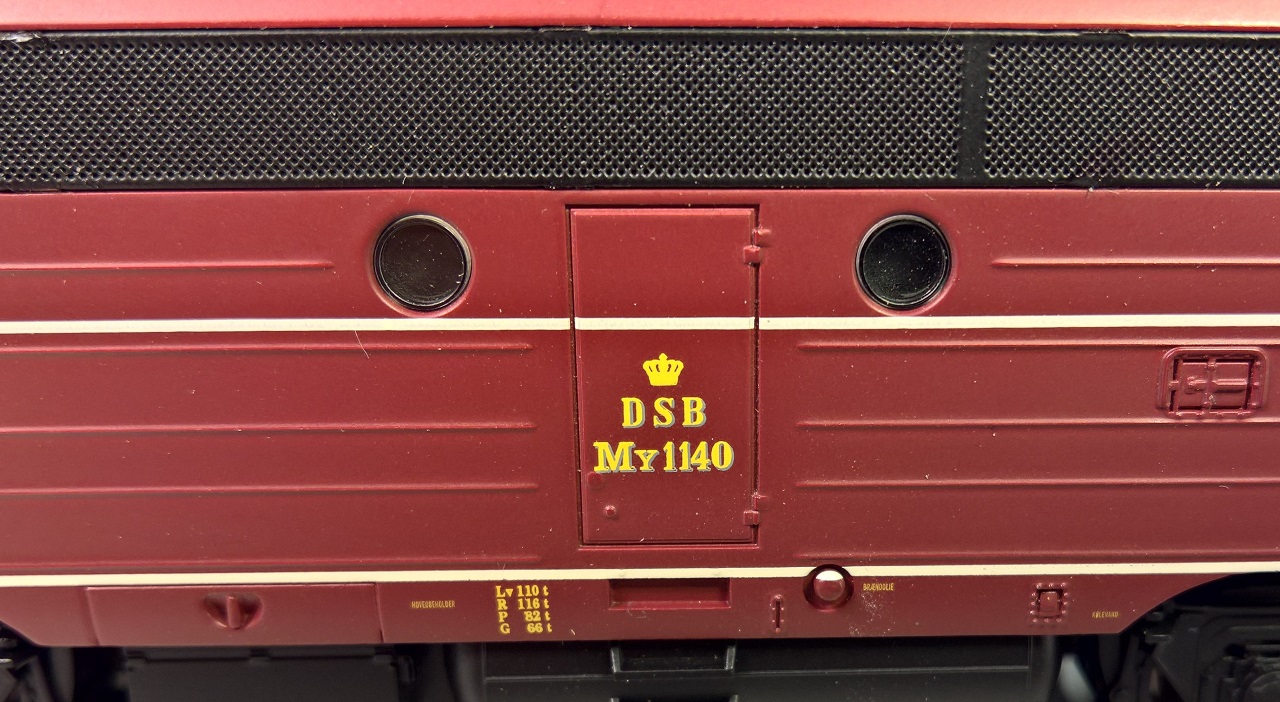 The printing is crisp and clear.

The locomotive is a great runner and it pulls very well. I have not measured anything, but I have not had any problems with it either. The motor is silent, but not impossible to hear. I have adjusted the speed curve a bit to have more control of the locomotive when it runs slowly. I also reduced the top speed quite a bit. These are things I do with all my locomotives, that way I reduce the risk of layout visitors turning my layout into a formular 1 track.

"Are there any downsides you might ask?" - and of course there is. Being a model a few compromises were made. The prototype has a closed front skirt. Because this is a model there is a giant hole in the skirt where the coupler has to go. This is understandable, otherwise we could not use the model on our model railway.

Still, I think Märklin/Trix should have included a closed skirt in the box. Mount the coupler-friendly skirt at the factory and leave a closed replacement skirt in the box. That way the railway modeller can decide for themselves which one to use. I know railway modellers that like a prototypical front in one end and a coupler friendly front in the other end. This is not possible with the Märklin/Trix model. Funny note is that a closed skirt is visible on the spare part list. I guess some one made a last minute change.

The dramatic H0 coupler emerges from an otherwise highly detailed front. I hope the next version will include a closed skirt for collectors to mount.

A minor detail is that the Nohab factory plate usually have a black background. On the model the background is just the locomotives maroon colour. I would change that since it is something fans of the prototype will easily notice.

At the end of the day this is great model and I love it. It has all the nice features that a model of today should have. Märklin makes its models using die cast metal which I appreciate. The metal adds the overall weight of the model and the model feels like a solid piece of quality work.

If you would like a highly detailed model of a Nohab go take a look at this model. I think you will be happy with it.