It's official, the fall new items from Trix and Märklin 2016. I was really looking forward to seeing what was in store for this fall. I was hoping for some interesting era V and VI stuff. My wallet, obviously, was hoping for nothing of interest. Luckily, I got what I wished for.

The Lufthansa Airport Express was a common sight on the Rhine Railway in the 80'es and early 90'es.

Both brands introduced another Lufthansa Airport Express set including three coaches and a class 103. This set is an early era V classic, the Lufthansa trains were a common sight along the river Rhine (classes 403) and in Southern Germany (classes 111 and 103) in the 80'es and early 90'es. The set includes a lot of digital features, sound and interior lighting. 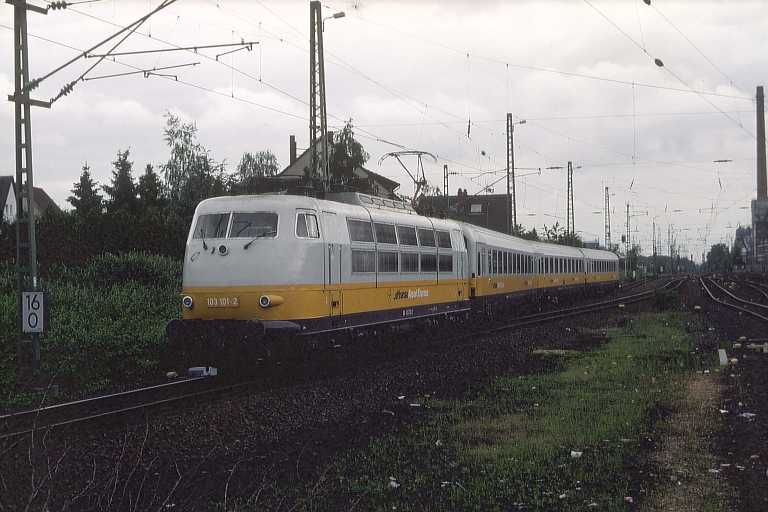 The coaches are of the type Eurofima with modified safety diaphragms and red taillights. This type of safety diaphragm were needed when driving at high speed through the many tunnels on the railway. In order to fit the new diaphragms the taillights had to be moved towards the side of the coaches. The coaches in this train set reflects these changes. The entire train is in the Lufthansa livery of the period.

I think the set would be a nice addition to my Lufthansa class 403 "Donald Duck". With the modified coaches in the program the road is paved for even more modern era coaches from Märklin and Trix in the future. Who knows! I would definitely like a modern era V InterCity train.

Check out these pages from the Märklin / Trix new items brochure or check out the entire brochure. The links are at the bottom of the this article. 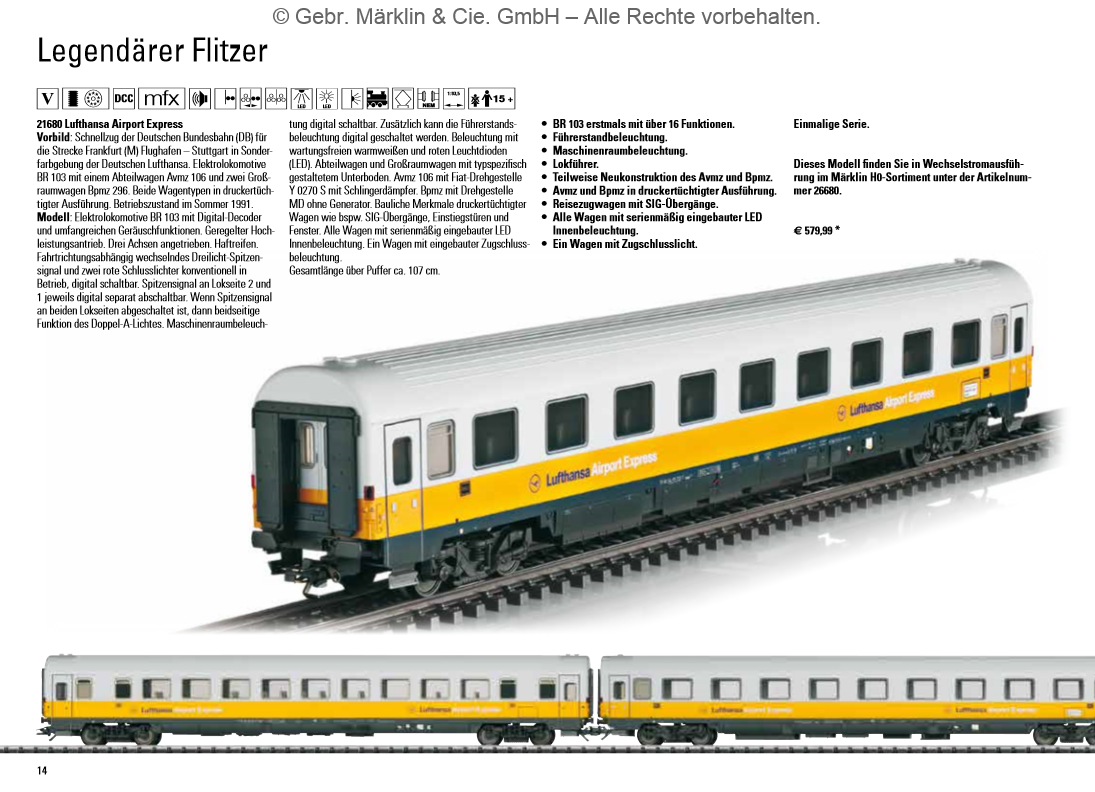 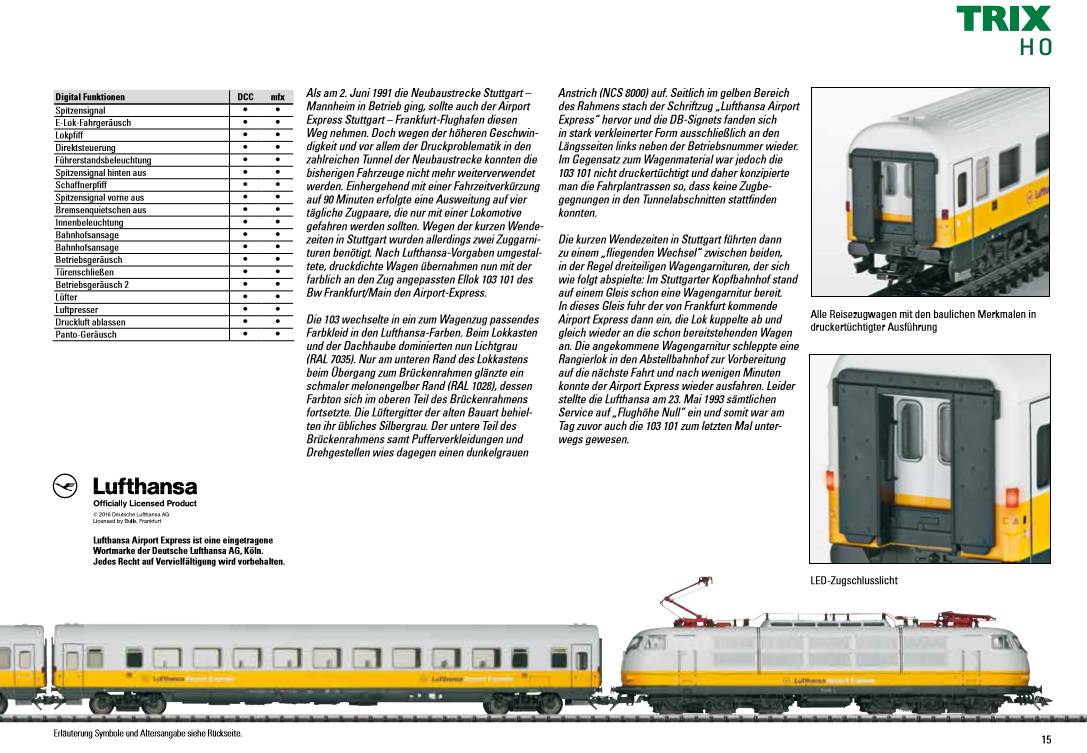 From Märklin comes a set of goods waggons that can be used in passenger trains or post trains. These are early era IV, and will go well with some of my other era IV stuff. I am thinking of some of my regional trains or long distance trains. There is also the possibility to use the waggons as post trains consisting only of these waggons.

If you have some type N coaches ("Silberlinge", "Silver coins") these would go well with one of these goods waggons. The train can be pulled by a class 117 or other traditional regional train locomotives. A class 218 would also go nicely with a train like this. Throw in some green 2nd class long distance passenger coaches of type UIC-X and you have a nice era IV train.

In the fall new items there is a set of two goods waggons, but also a single waggon with digital decoder, lighting and rich sound functions. 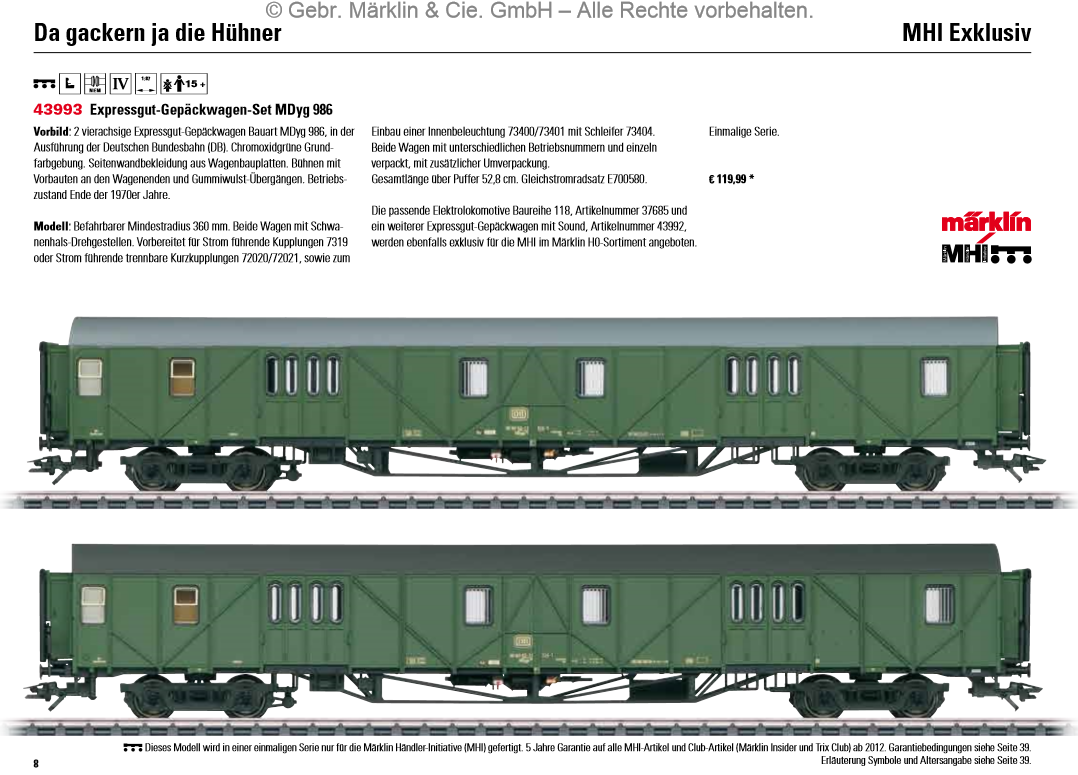 The digital coach is going to be really interesting for those who like this sort of thing. I really enjoy being able to turn off lighting and taillights. I might go for this coach as well to create a post train. Of course, I will have to convert it into two rail, but that should be an easy task. 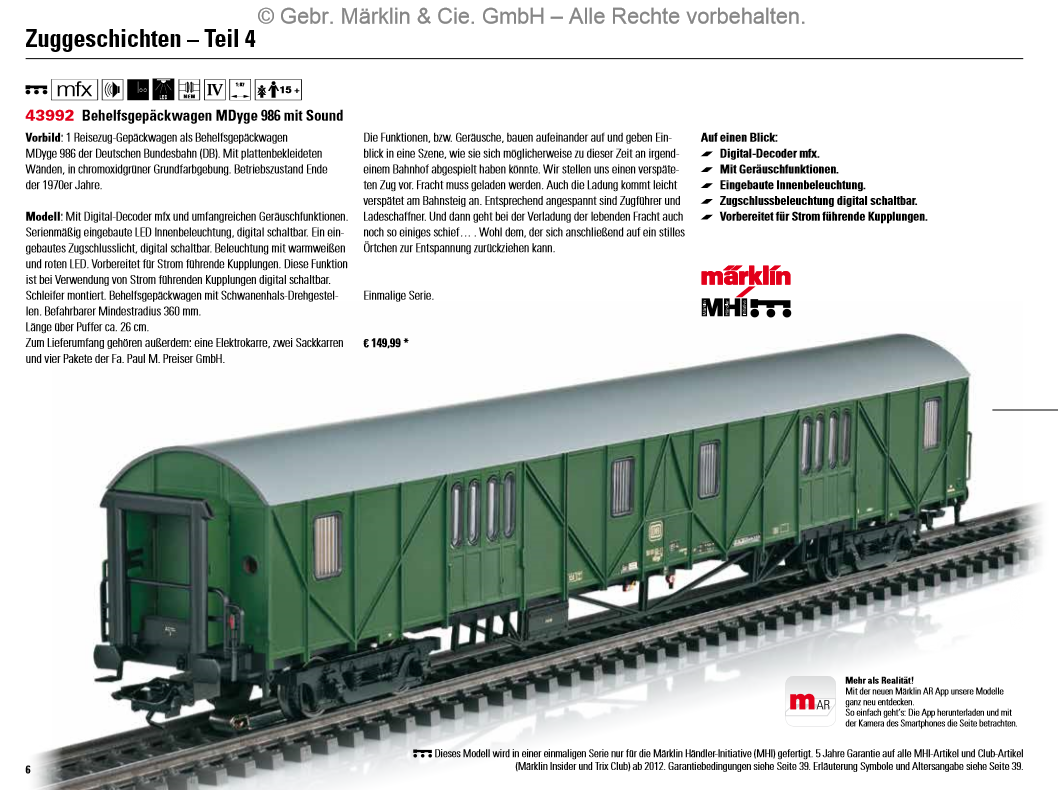 All in all some great items. I love the fact that there is more and more modern era rolling stock in the new items since this is the period that interest me the most. I have the feeling that much more interesting stuff is on its way.

We will just have to wait and see. I like that the later eras are starting to dominate the new items.

There are of course many more items than I have mentioned here. You should take a look at them and see what you might like. Feel free to provide some feedback in the comments section.