The Trix Club Wagon of 2013 has "J.A. Maffei" printed on it. J.A. Maffei was a company from Munich producing railway locomotives. They are perhaps best known for the famous 3/6 locomotive. J.A. Maffei was founded in Munich in 1836 by Joseph Anton, Ritter von Maffei. The main goal of the company was to make Bavaria competitive in the developing machine industry. J.A. Maffei quickly evolved from a small company to a famous manufacturer of railway locomotives and helped construct railways as well.

In 1864 they delivered their 500th locomotive. They had produced many different locomotives, but the most famous must be the S 3/6 from 1908. The S 3/6 can still be seen today at Deutsches Museum in Munich.

J.A. Maffei also produced the S 2/6 which held the speed record for steam locomotives for 29 years until beaten by the class 05 002. 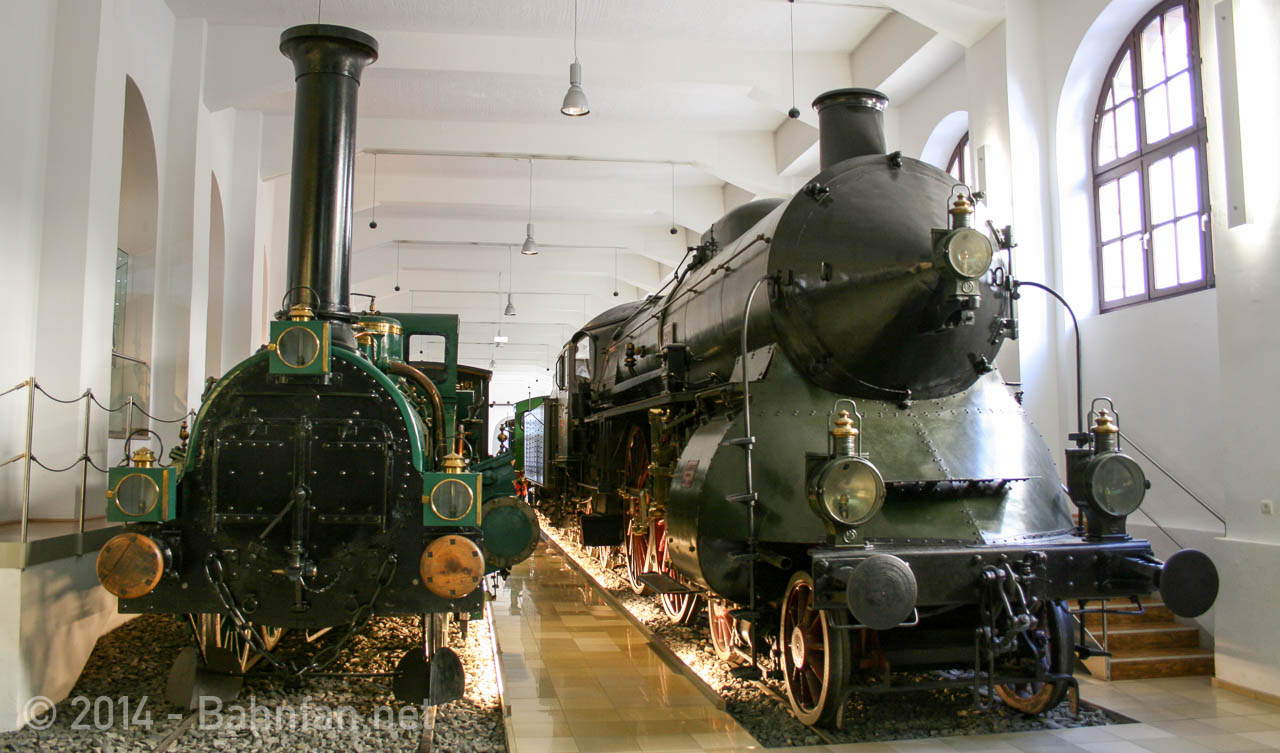 The Bavarian class S 2/6 (on the right) together with the "Phoenix" in the German Railway Museum in Nuremberg. 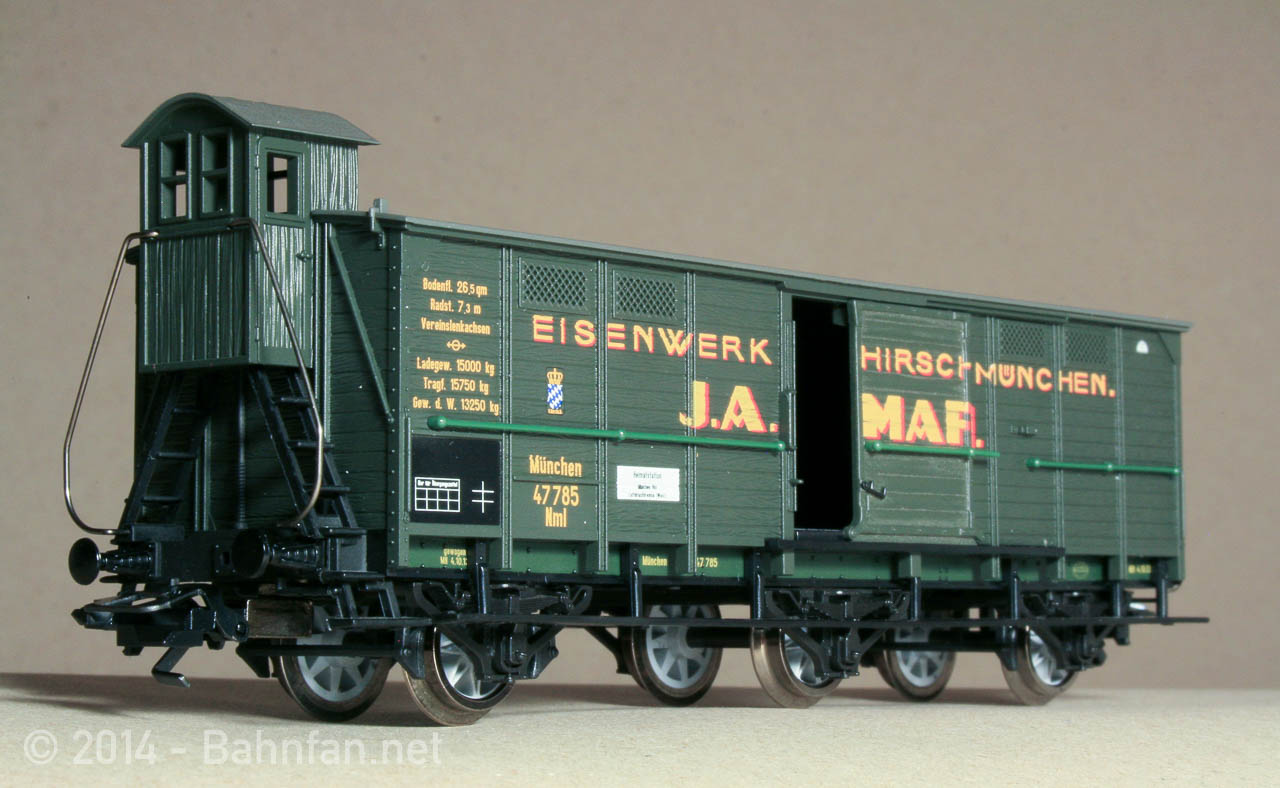 A classical Bavarian goods wagon from around 1913 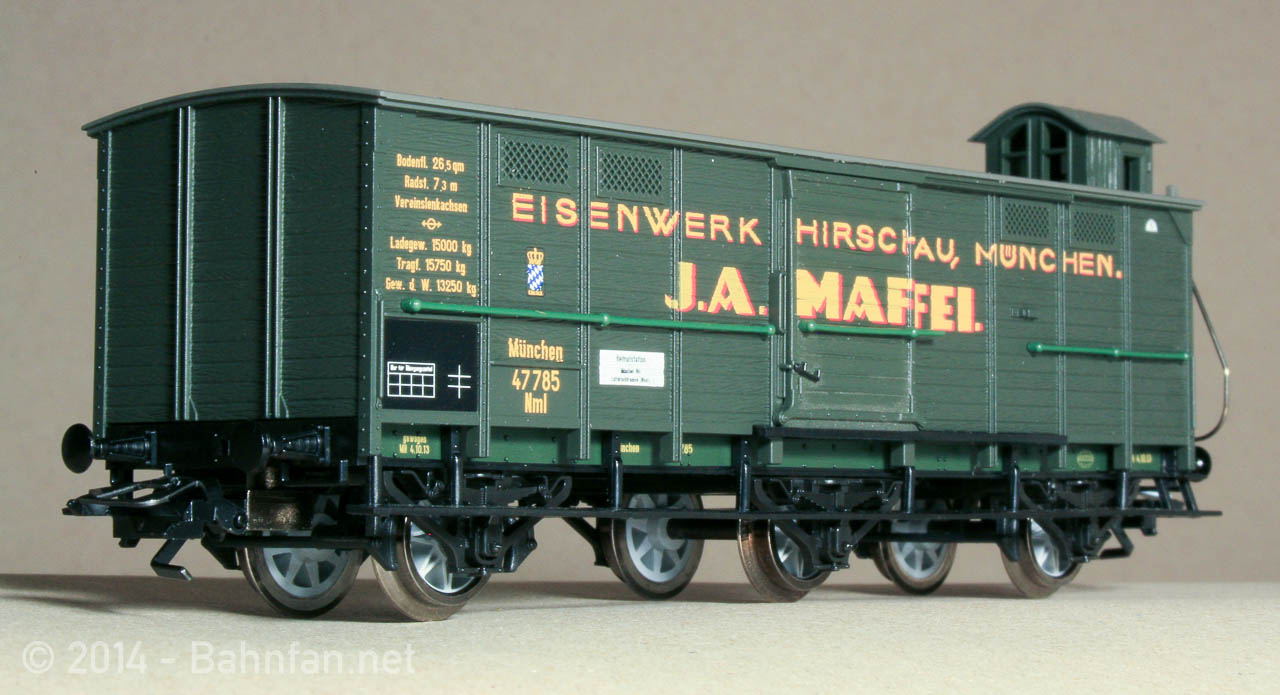 The Trix club wagon has many details including hand rails and small brakes.

Normally the club wagons are released around November at the end of each year. This time the club wagon was heavily delayed. I got mine at the end of July 2014! The reason for this was a problem with the originally produced wagons. The wagon wheel arrangement is a special one with three axles. The originally produced wagons had their axles too close together, so the production was halted until a solution could be found. This resulted in a delay.

I'm happy now that I have my model. It will be put on display along with the other club cars. If you are a member of the Trix Club and have received your car, I am sure you will enjoy it as much as I do.