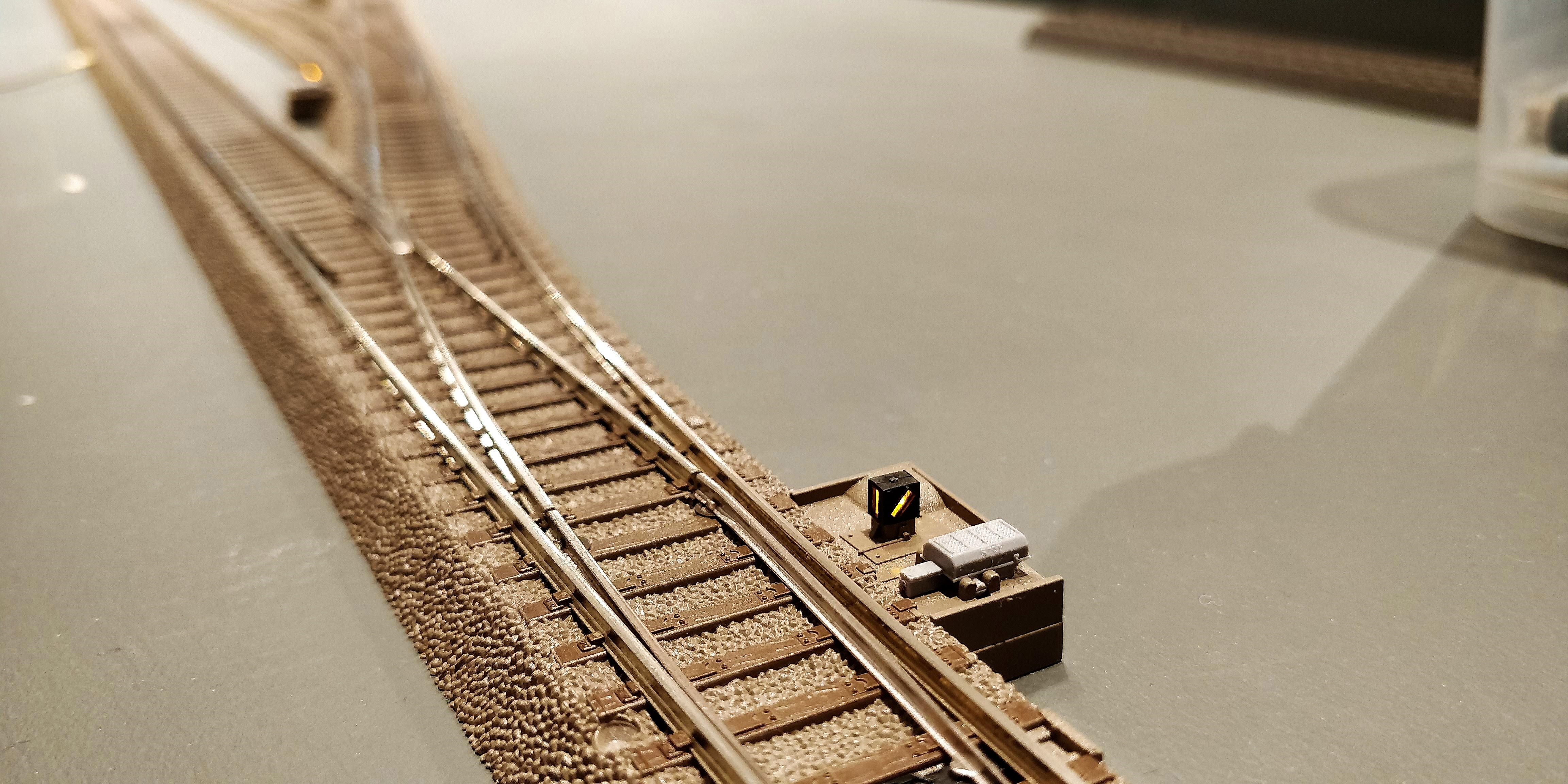 A fun addition to your Trix C Track turnouts are lighted lanterns. The prototype had them and you can have them too. The turnout lanterns comes in a set of two, so you can upgrade a pair of turnouts at a time.

Attention 3-railer! If you run the Märklin C-track this guide will work for you as well. The procedure is exactly the same for the Märklin turnouts.

The Trix C track comes prepared for lighted lanterns, so they are easy to install. If you want to power the lantern using the built-in turnout decoder you will need to do a bit of soldering though.

For this upgrade you will need the Märklin Turnout Lantern Kit (74470), and as I mentioned previously it will contain two lanterns for a pair of turnouts. 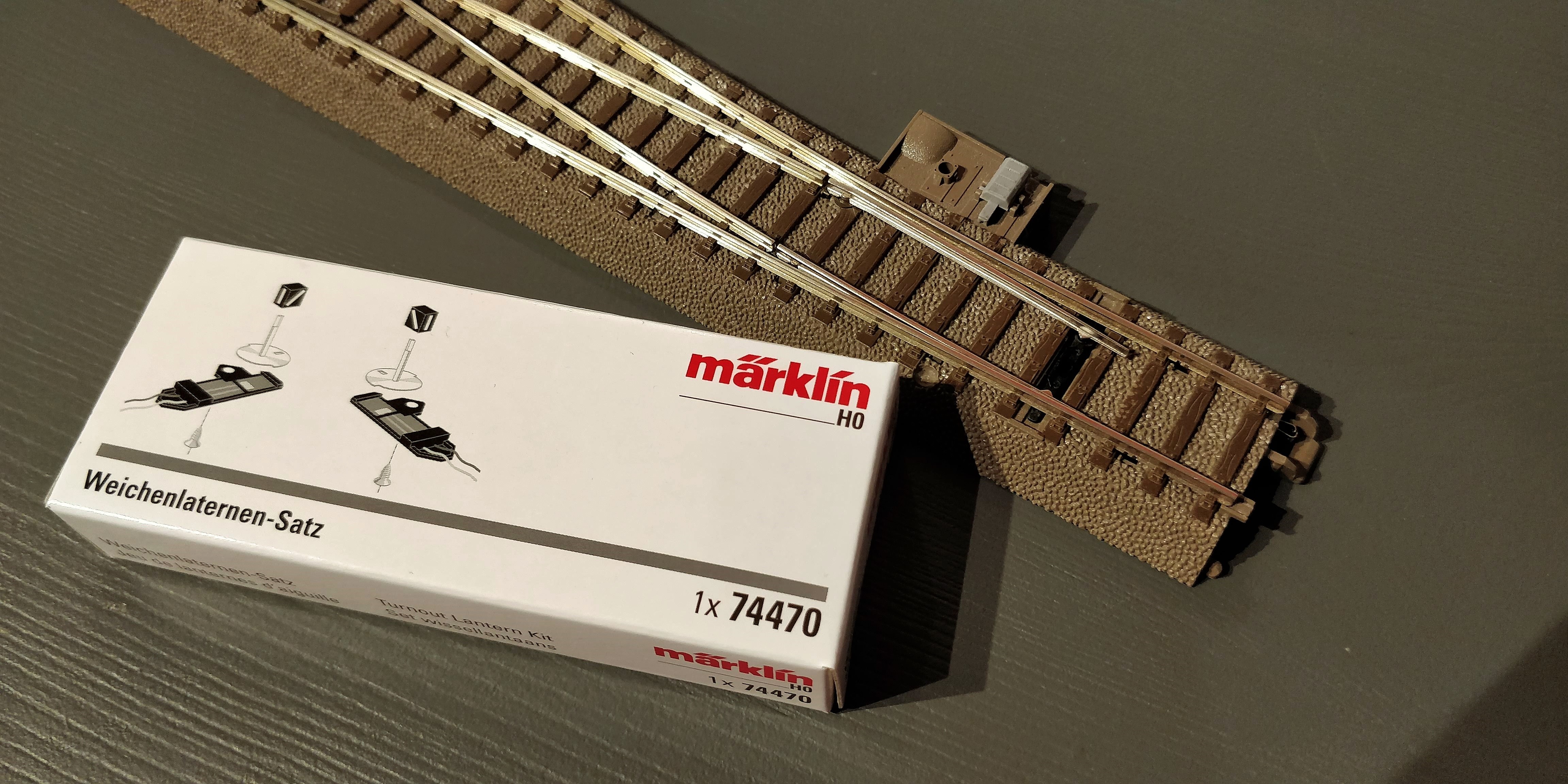 The kit contains everything you need for the project (including plugs and cables). You don't need to use the plugs, I will show you how you can power the lantern directly from the built-in turnout decoder itself. 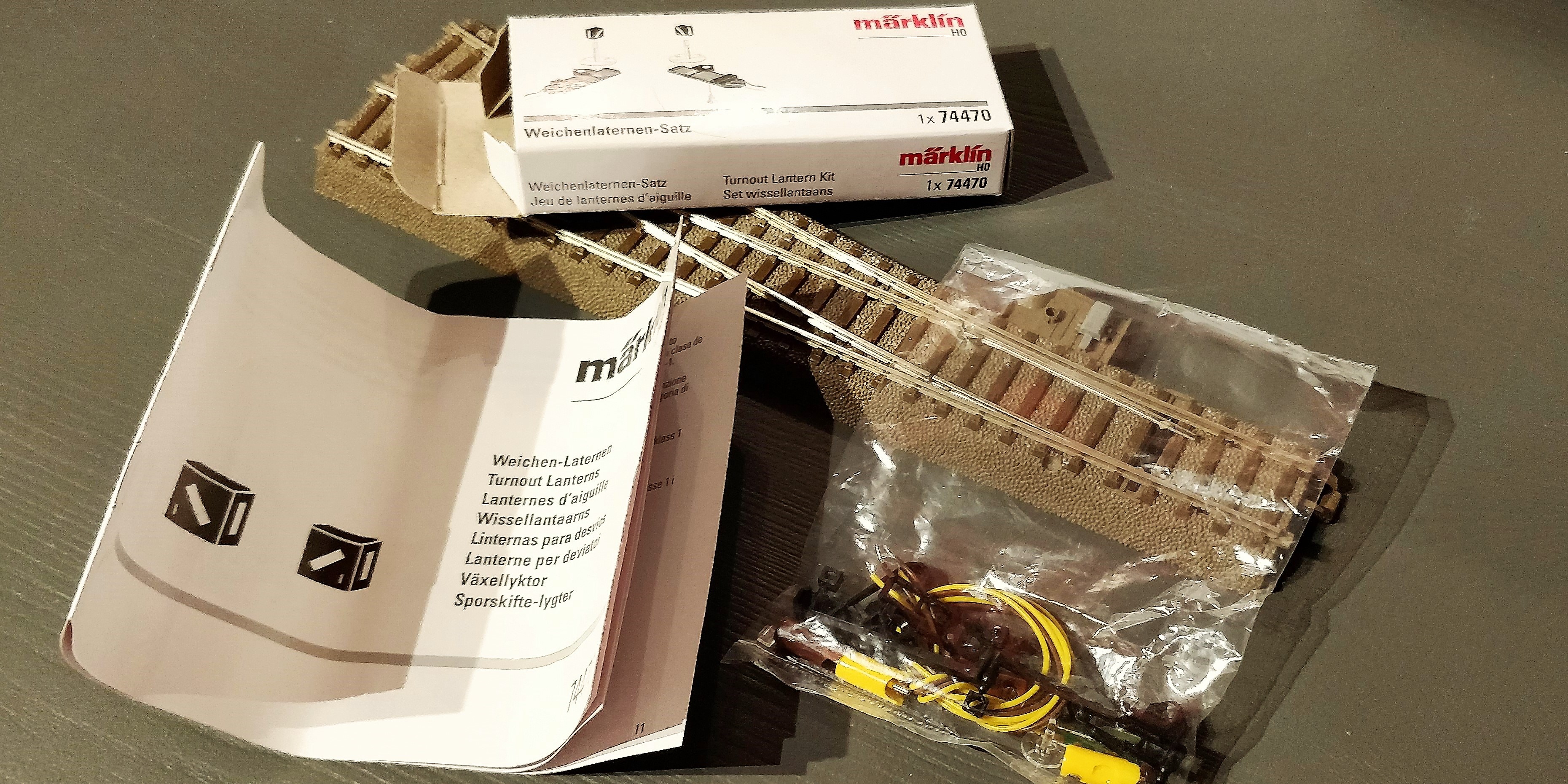 How To Mount The Lantern 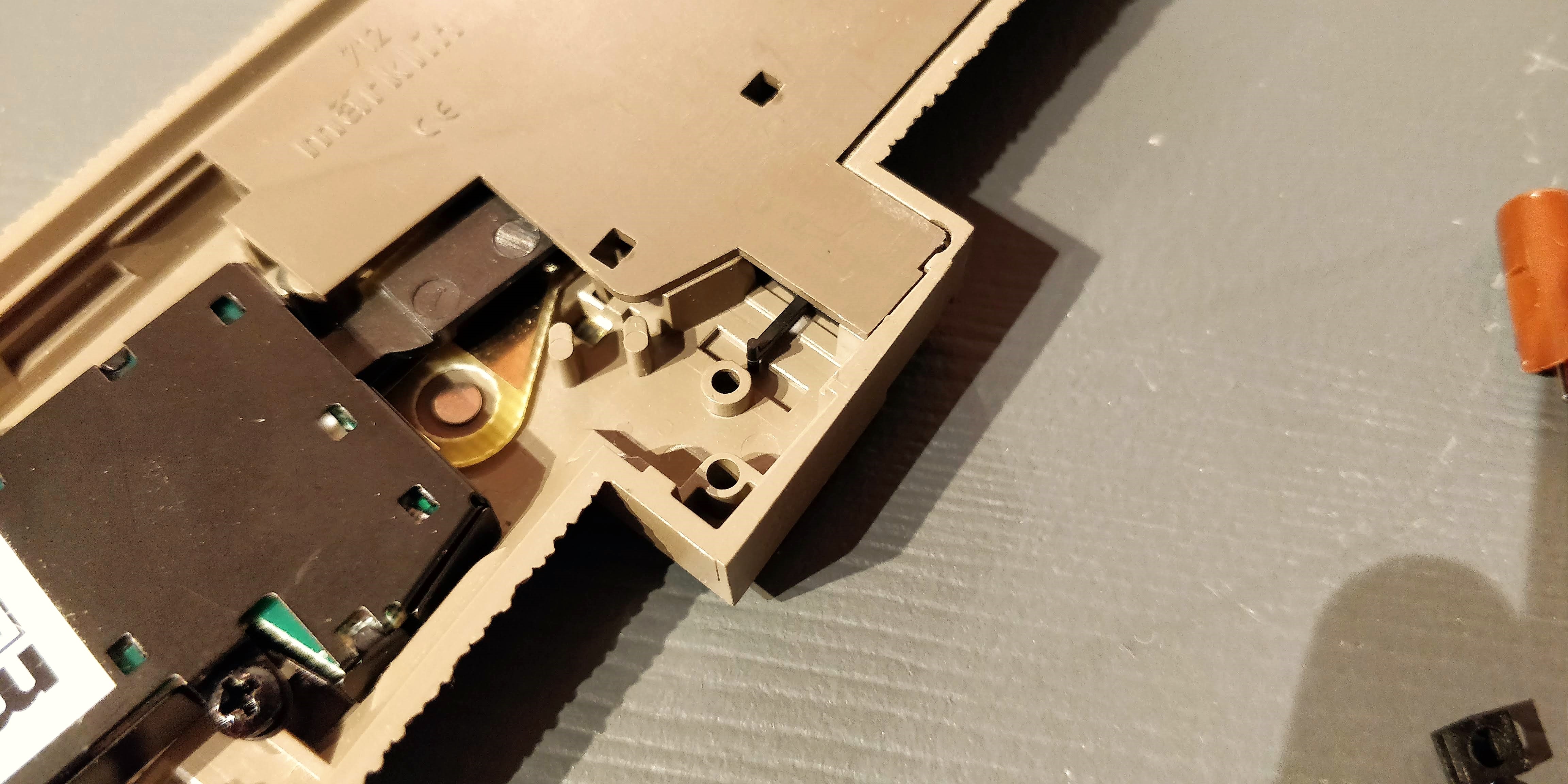 Here I have attached the disc. The rod attached to the disc goes through the hole to the other side of the turnout. The tap from the turnout handle goes into the hole in the disc. Don't worry about getting it wrong, you can only attach the disc one way. 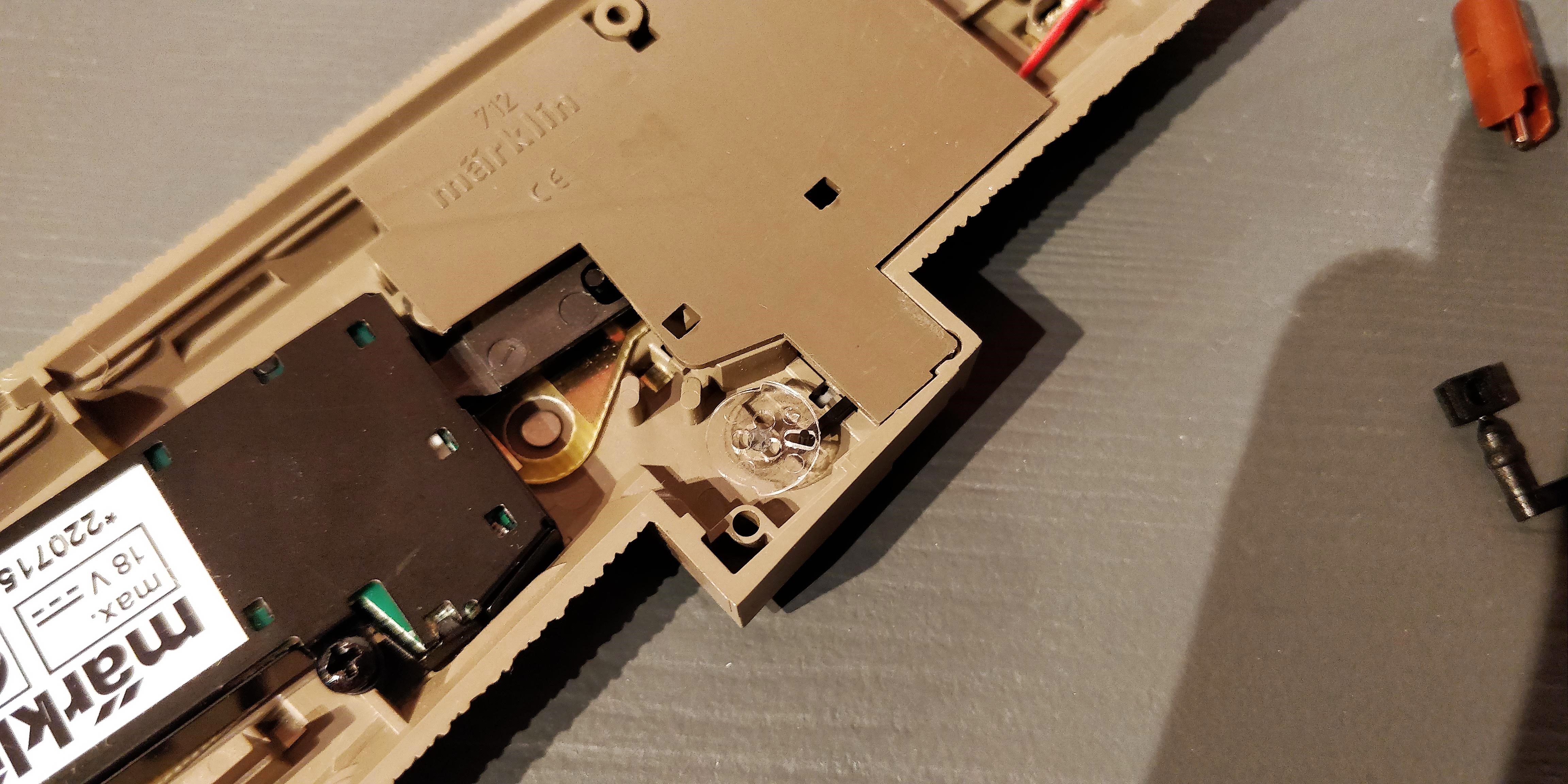 Next you flip the turnout back over, and take the little transparent light box and attach it to the rod sticking through the turnout base. This can be a bit fiddly and I found it to be easy if you keep a finger on the disc, while attaching the light box. You simply press the box onto the rod. 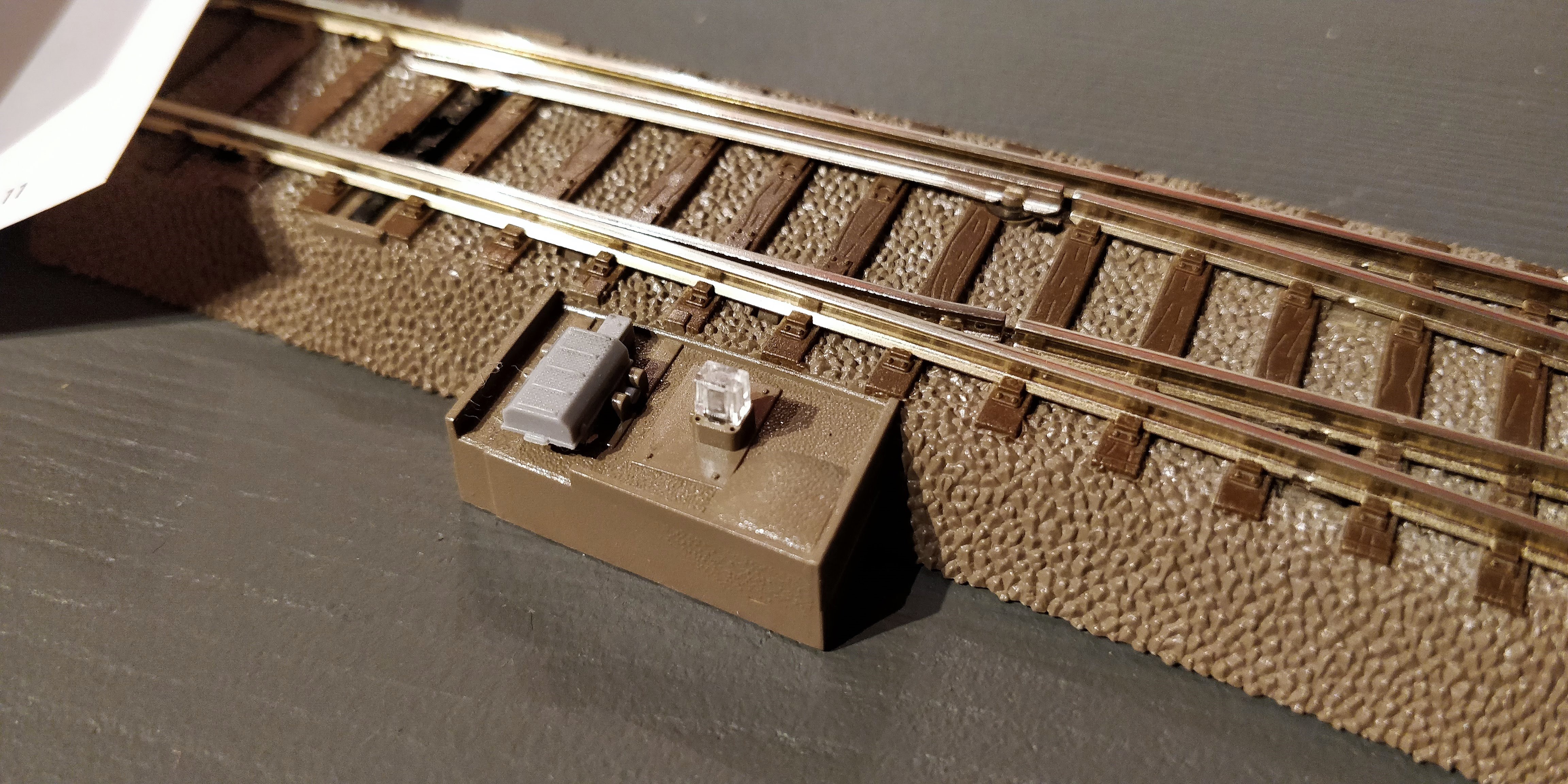 Now comes the time to attach the cover for the light box. This is a simple plastic cover that goes over the light box and shows the status of the turnout so it can be viewed from a distance.

In the package comes two spruces with light box covers. One spruce for right handed turnouts and one for left handed turnouts. You can check the spruce before cutting, the left one has a little marker that says "Links" (German for Left). The other marker says "Rechts" (German for right). It is easy to remember: L or R - same as in English.

When attaching the cover for turnout lantern I used a drop of NOCH Hin und Weg-Kleber (61121, new product number!) (similar to Woodland Scenics' Scenic Accents Glue). This glue will dry to a tacky surface to help keep things in place, but not permanently attach them. I used a drop of the glue, to prevent the turnout lantern to fall off. This can happen if you are not careful when handling the turnouts in the future. You can always pull the cover off at a later time, but it will not fall off by itself.

Tip! Let the Hin und Weg-Kleber dry to transparent before putting on the cover.

Idea! I use the Hin und Web-Kleber for just about everything when it comes to my model railroad. I use it to attach figures in coaches, cars on the street and so on. There a loads of options for this glue. Be sure to check it out. Woodland Scenics' Scenic Accent Glue has the same purpose, so you can use that as well. 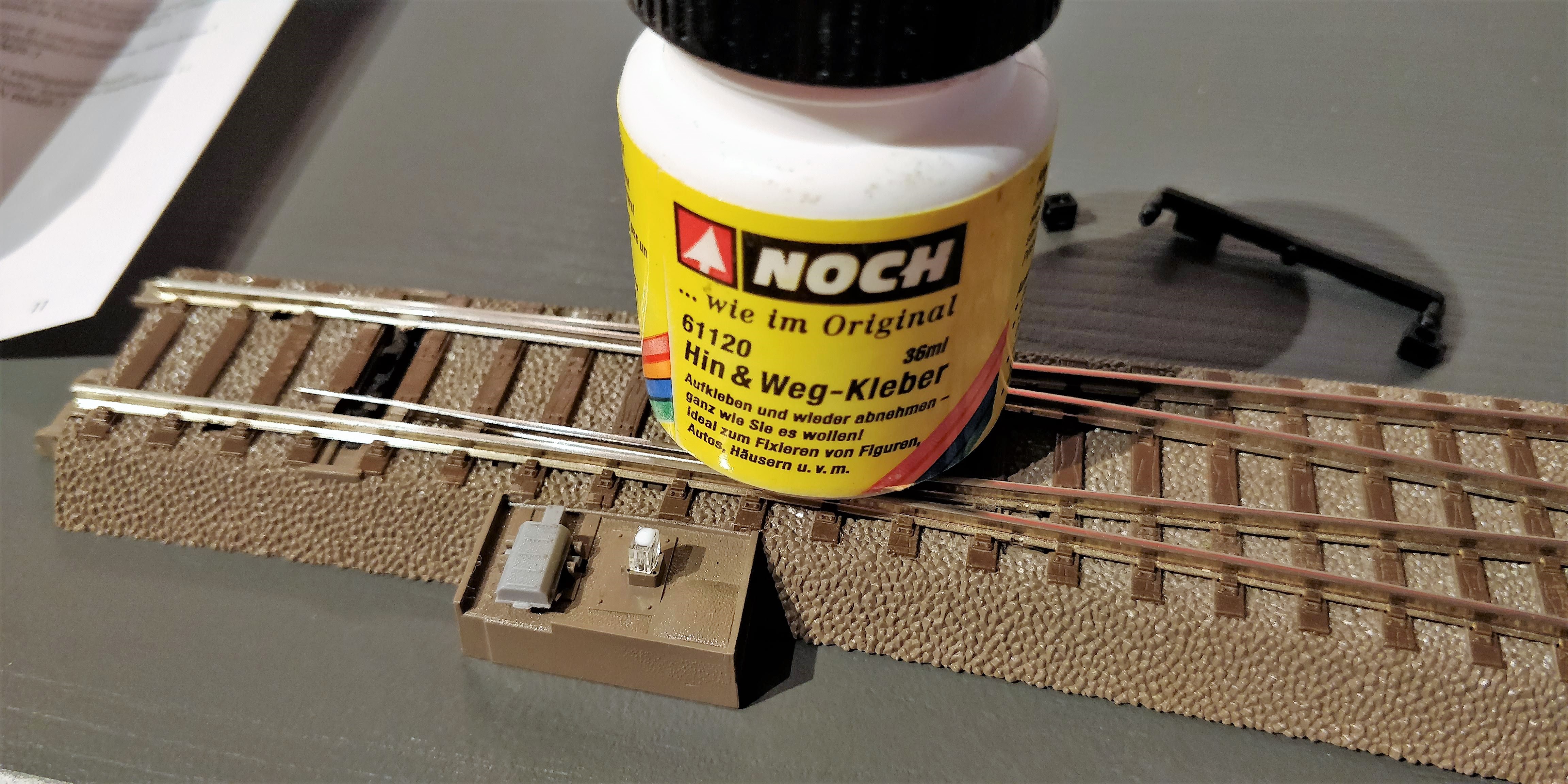 Now that the lantern is in place, we turn our attetion to the lighting. The light PCB comes pre-assembled and ready to go. Amongst the accessories in the bag you will find a mount for the PCB. Remember to check the instructions to see which mount is for left and right. The wires goes through the mount and the PCB clicks in place. 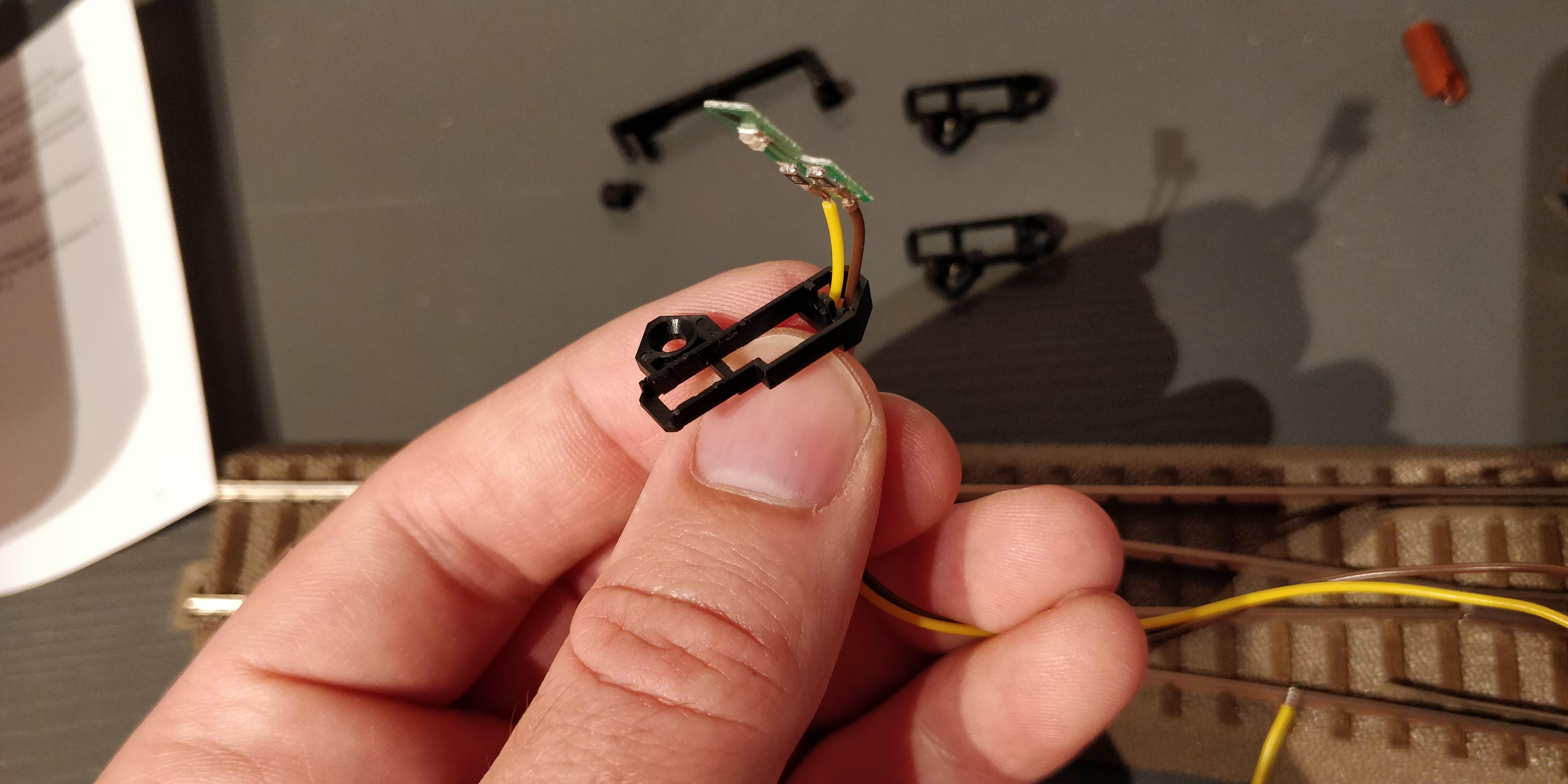 Like below. Make sure that the correct side goes up. 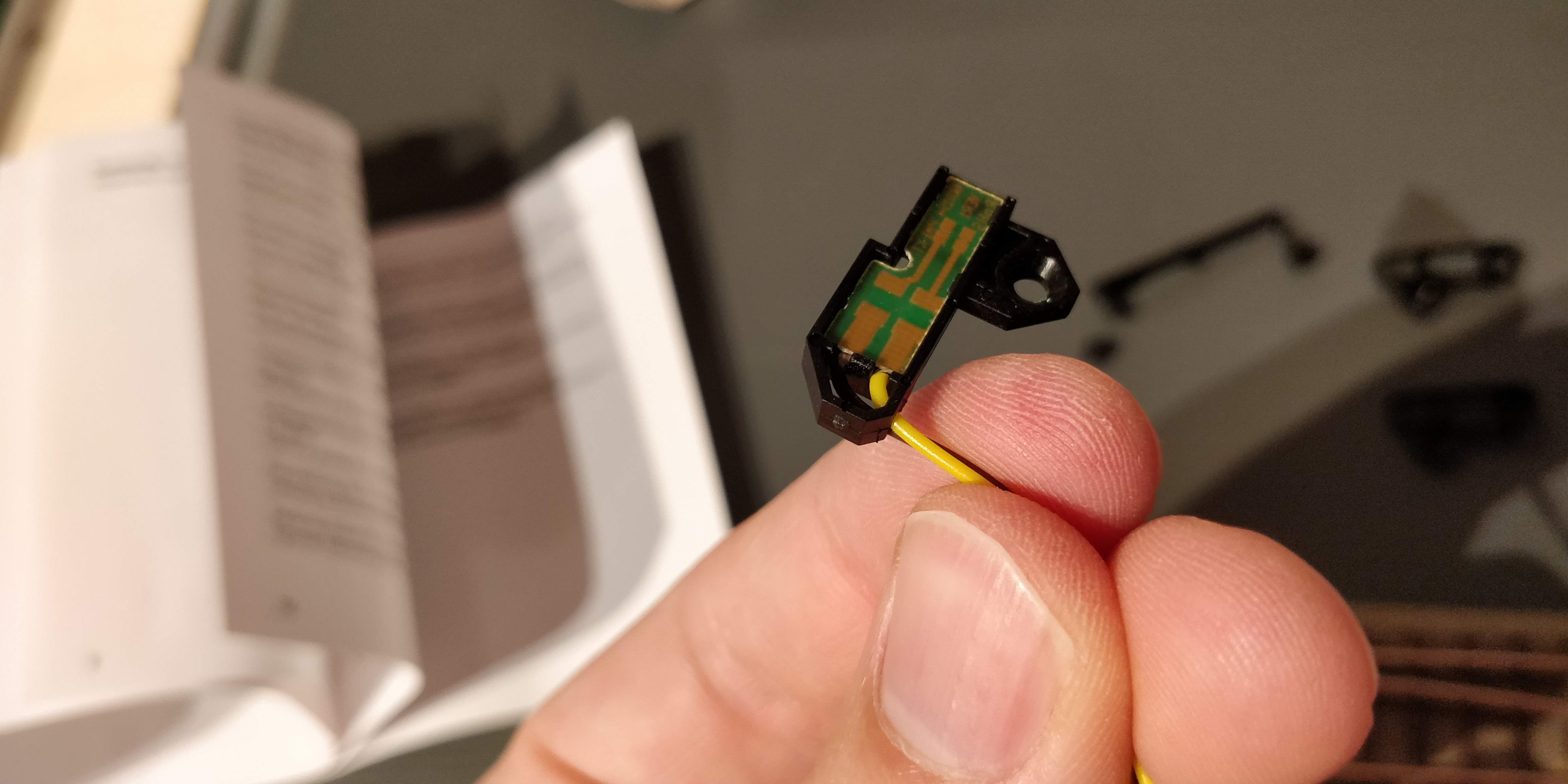 It needs to look like this. Depending on your turnouts orientation (left or right) the screw hole will be on either side. 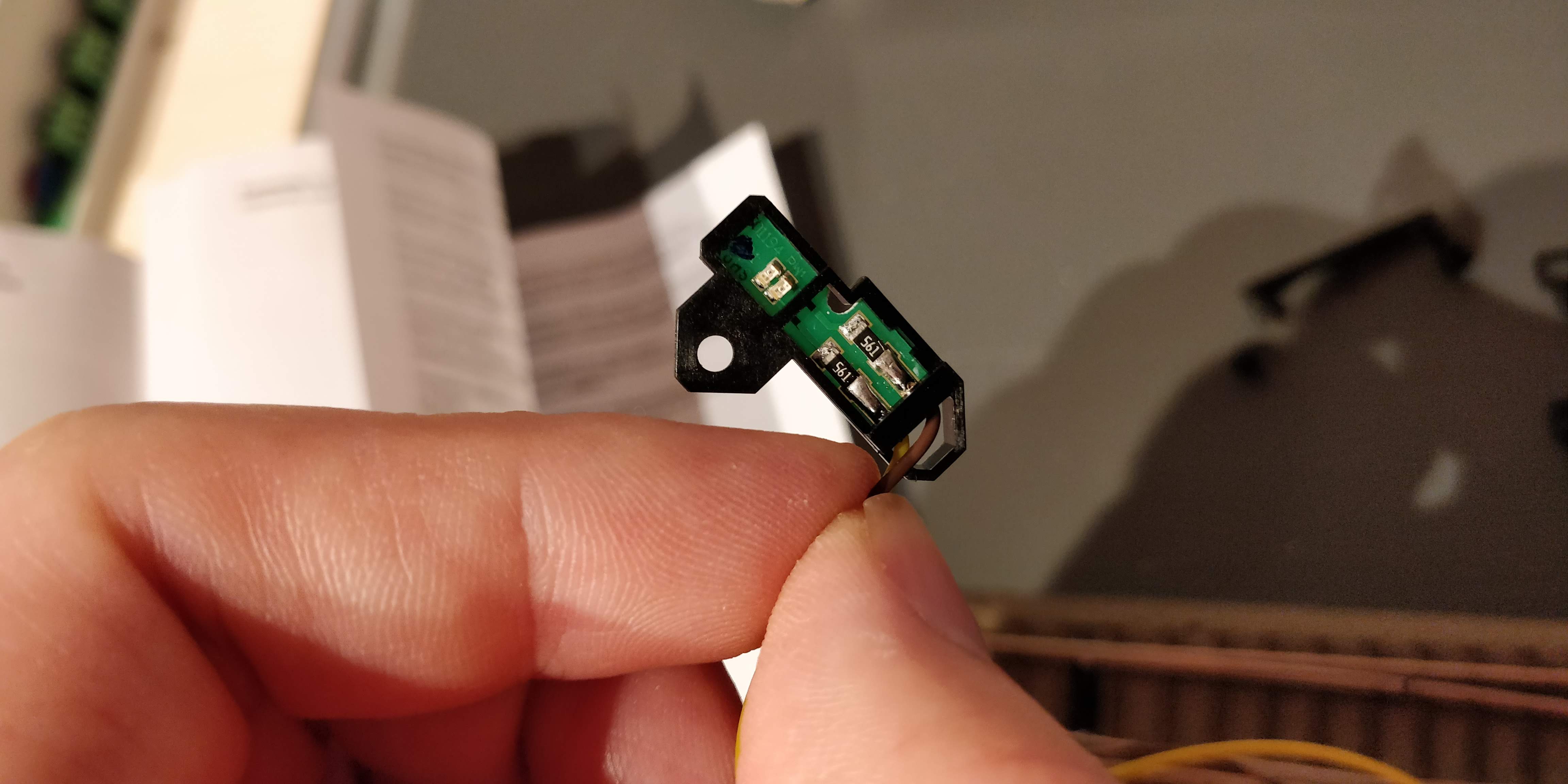 To attach the light to the turnout, simply use the screw that comes with the kit. It can be a bit fiddly but it should be rather easy to fit into place. The 90 degree angle on the screw hole helps you keep the assembly straight.

This will also be the time you realize it if you chose the wrong mount. You cannot fit a right handed mount into a left handed turnout. Simple as that. You will need to start over with the PCB and mount if this happens. No worries though, they come apart again easily. 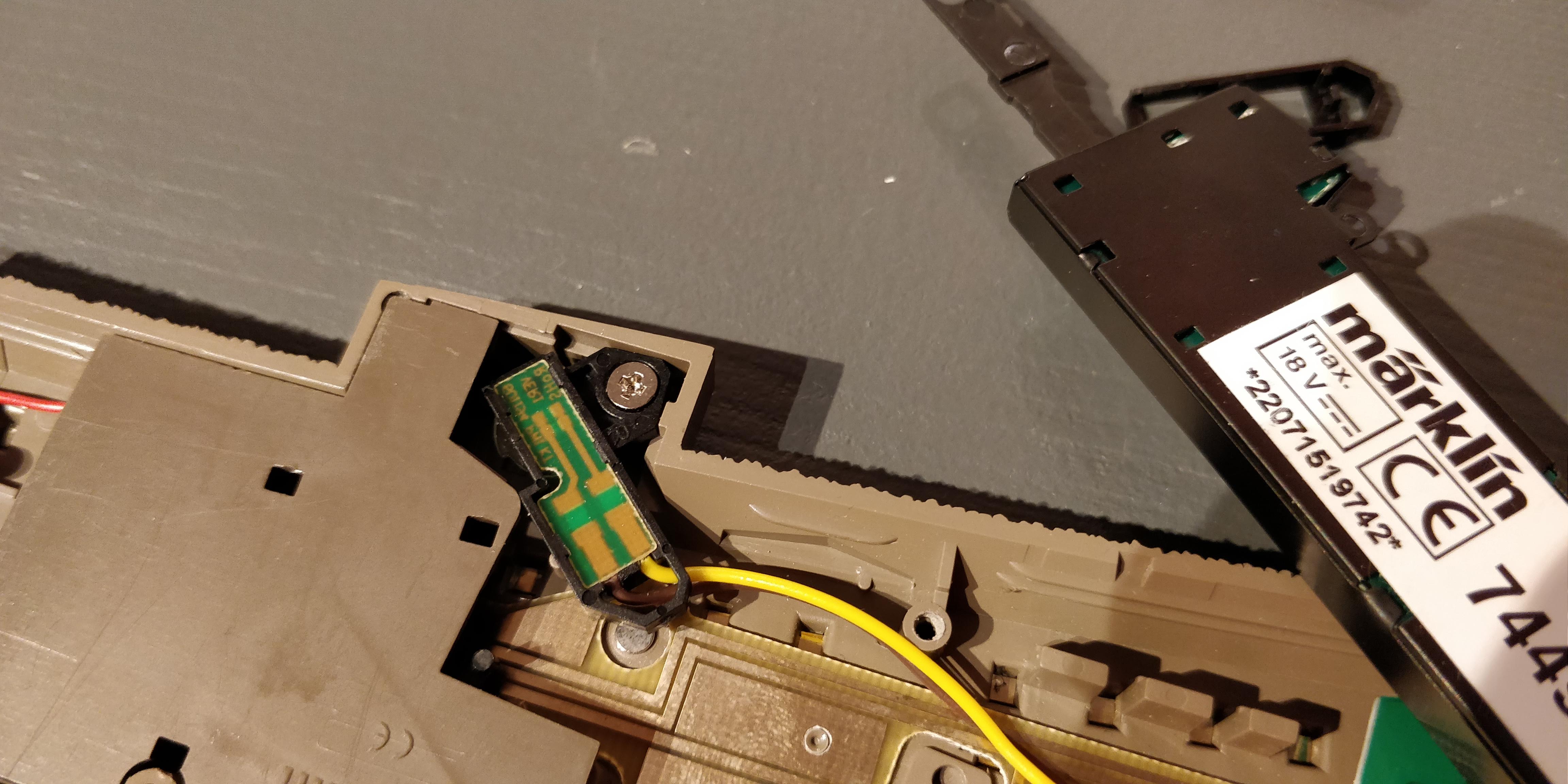 Now we need to light up the LEDs on the PCB. This is where we will deviate a bit from the instructions, I will use a trick that (for some unknown reason) is completely undocumented.

But what if you would like the turnout as one wireless unit, without having to deal with cables?

At first glance, this is not possible - but that is actually not true.

So with a soldering iron I attached the cables to the decoder. You can program the decoder to turn off the lantern, should you wish to do so. This is actually documented in the decoder's manual.

Important! Note that one soldering point has a "+" sign next to it. This is where the yellow wire goes! 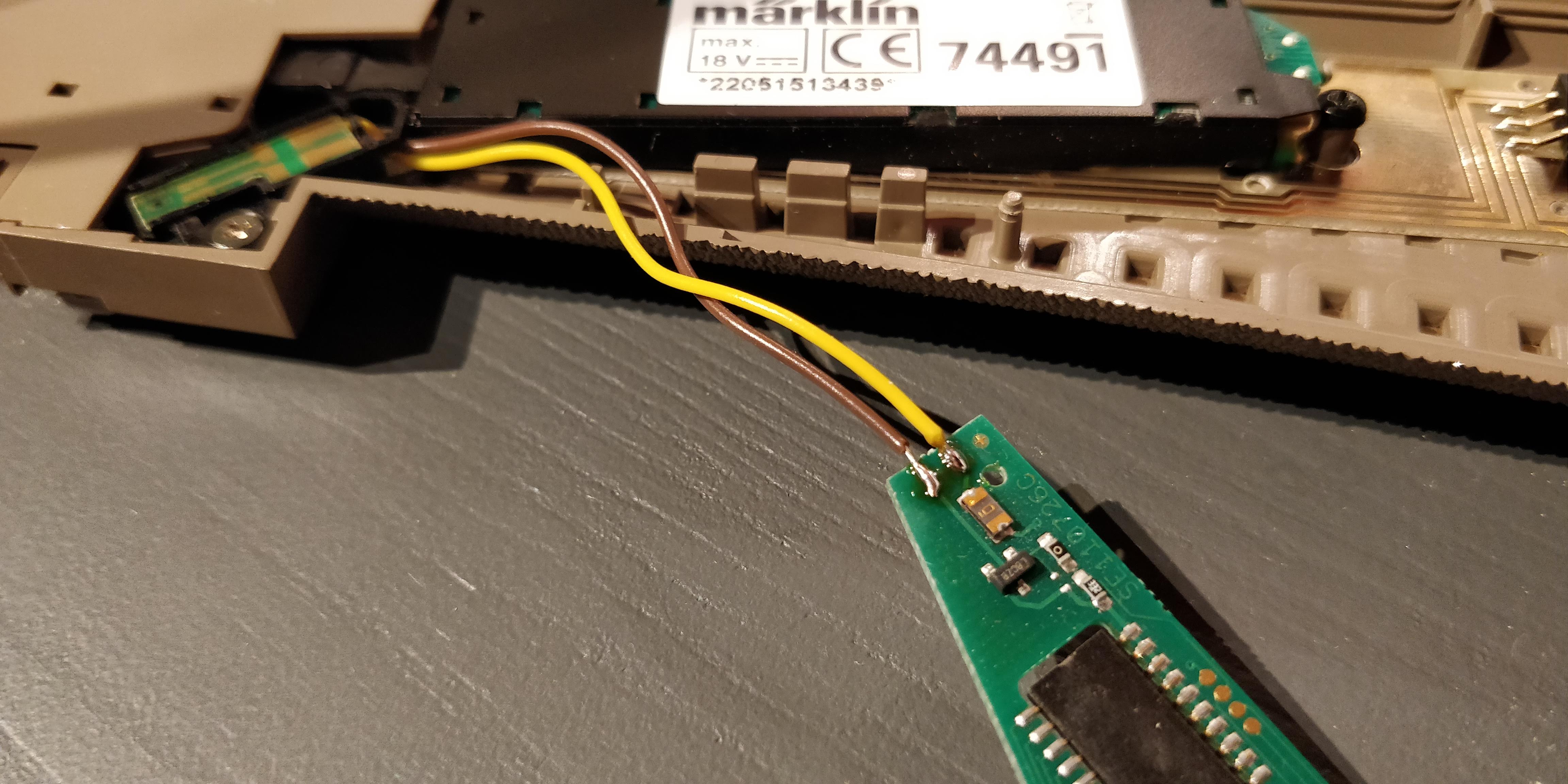 And that is it! Tighty up the decoder and the new cables and power up the turnout. 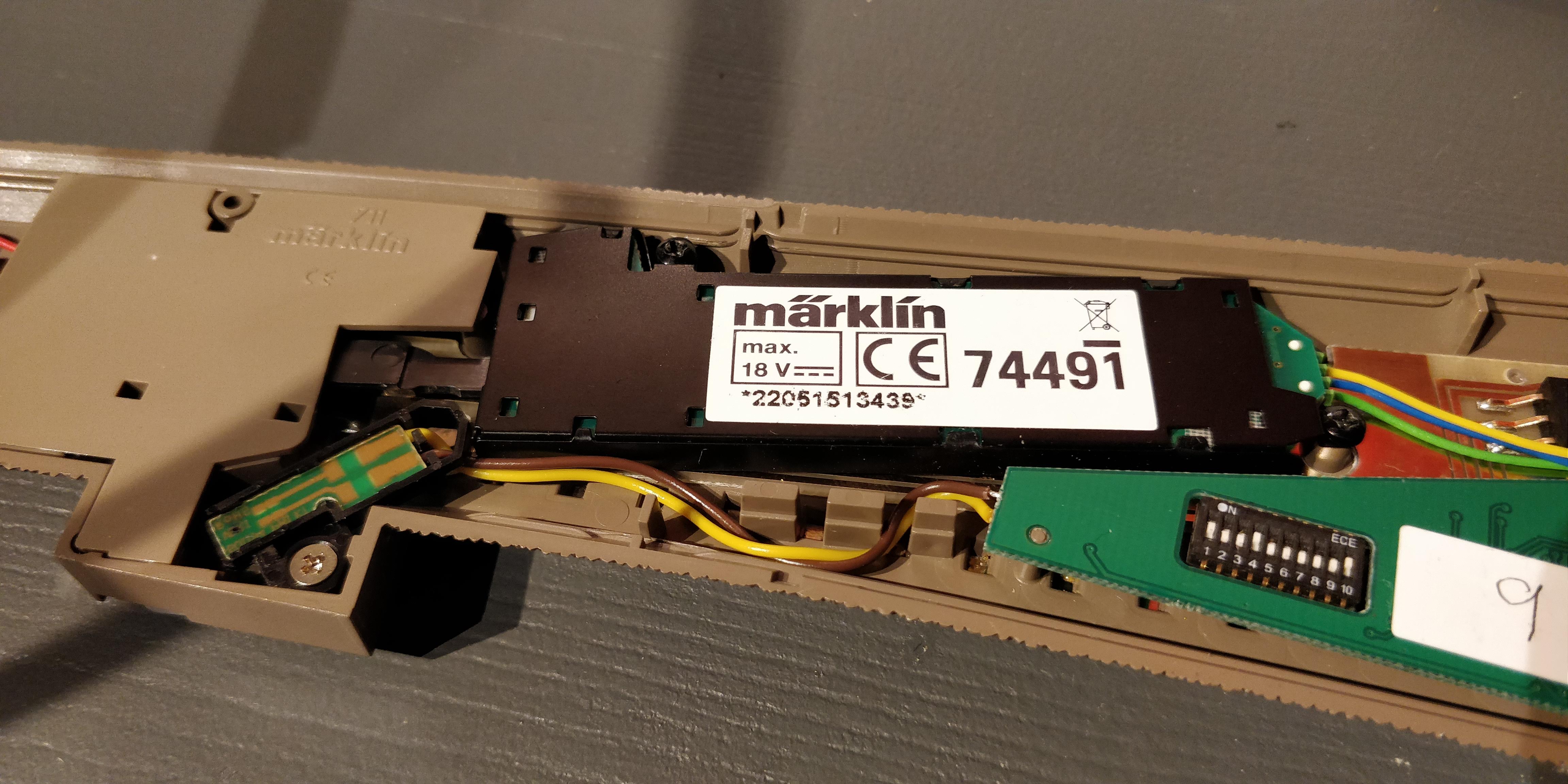 Here are some photos of the result. 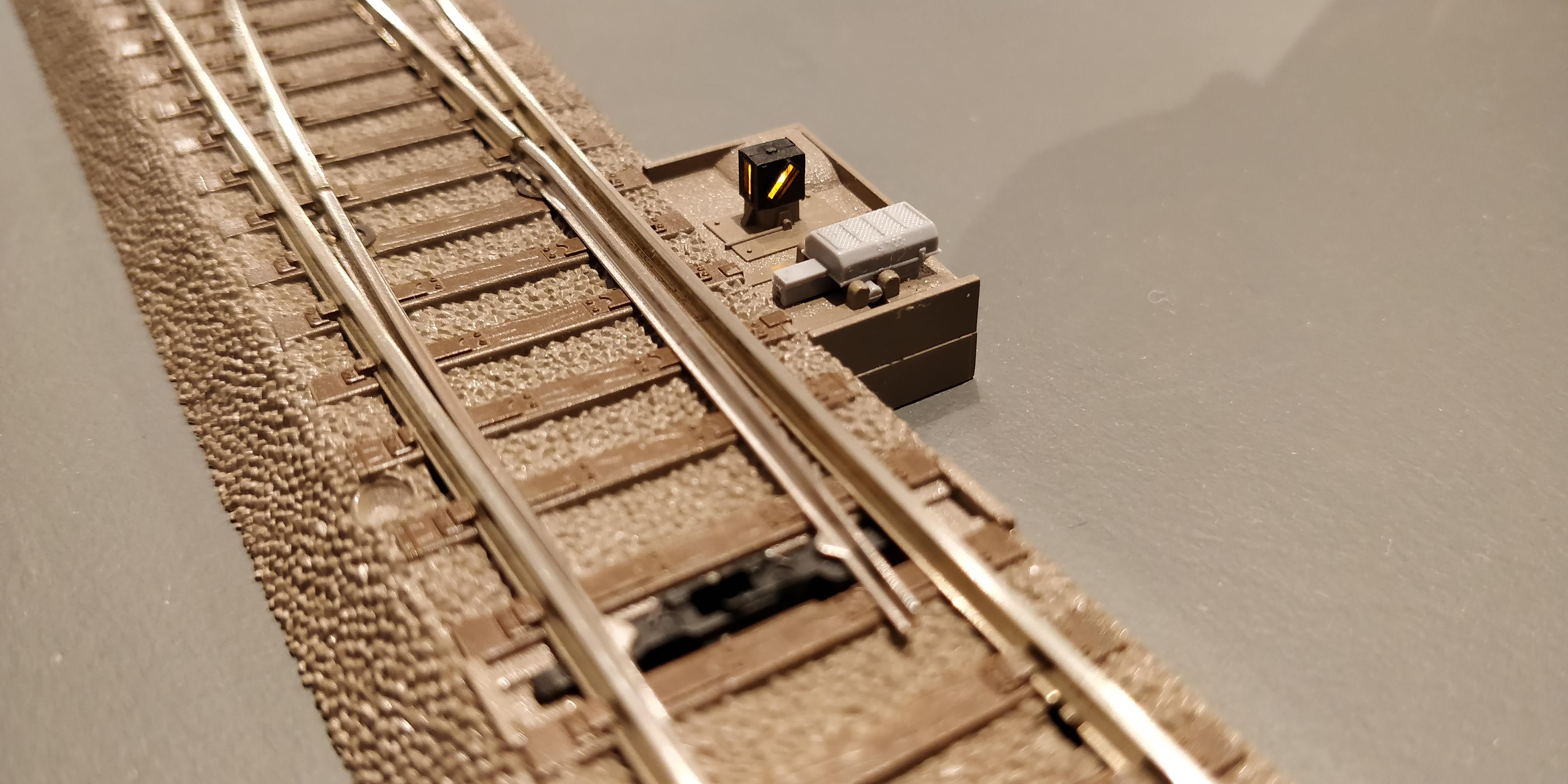 The lanterns light up in a yellow colour and that is fine by me. It resembles the old style turnouts lanterns with light bulbs inside them. You might want to consider that depending on the era you model.

Viessmann have a similar kit available that (as far as I know) uses white LEDs. You might want to check that out if you want white instead of yellow. The installation procedure is exactly the same. 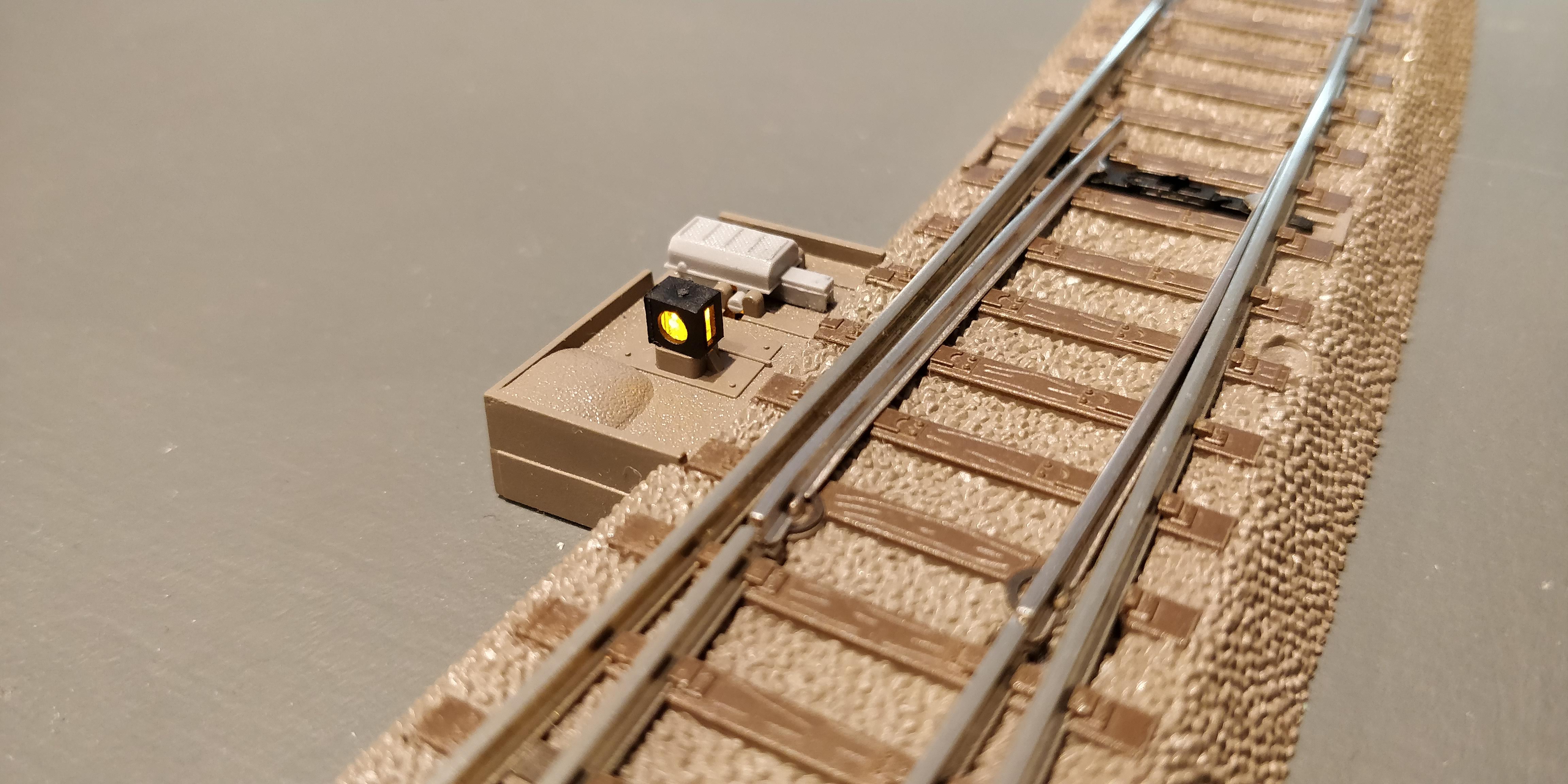 Then lantern kit is easy (and fun) to install. I suggest that instead of doing all turnouts at once, you keep a few kits around. Whenever you have an hour, you can enjoy installing the lanterns as a fun one-hour project.