This fall I was at the International Model Railway Exhibition (IMA 2015) in Göppingen, Germany. There was a lot to see there, but the grand finale was when all the museum trains had to leave for their journey home.

I shot a video of the train departing. Enjoy!

For more videos, check out the Railway.zone channel on Youtube.

I also shot some pictures of the locomotives at the station. The exhibition was very well visited and definitely a must see if you are into modelling the German railway. 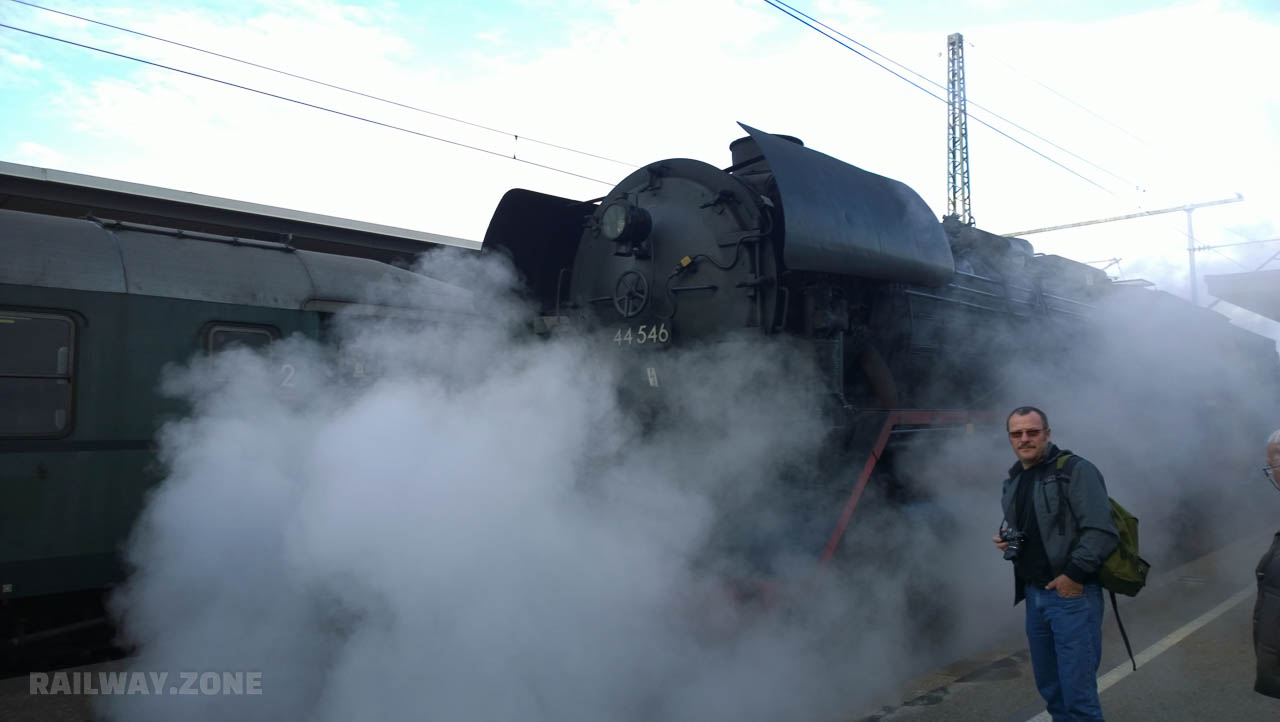 No! The guy in the picture is not me, but someone has not learned NOT to step in when there is a wall of other people taking pictures! 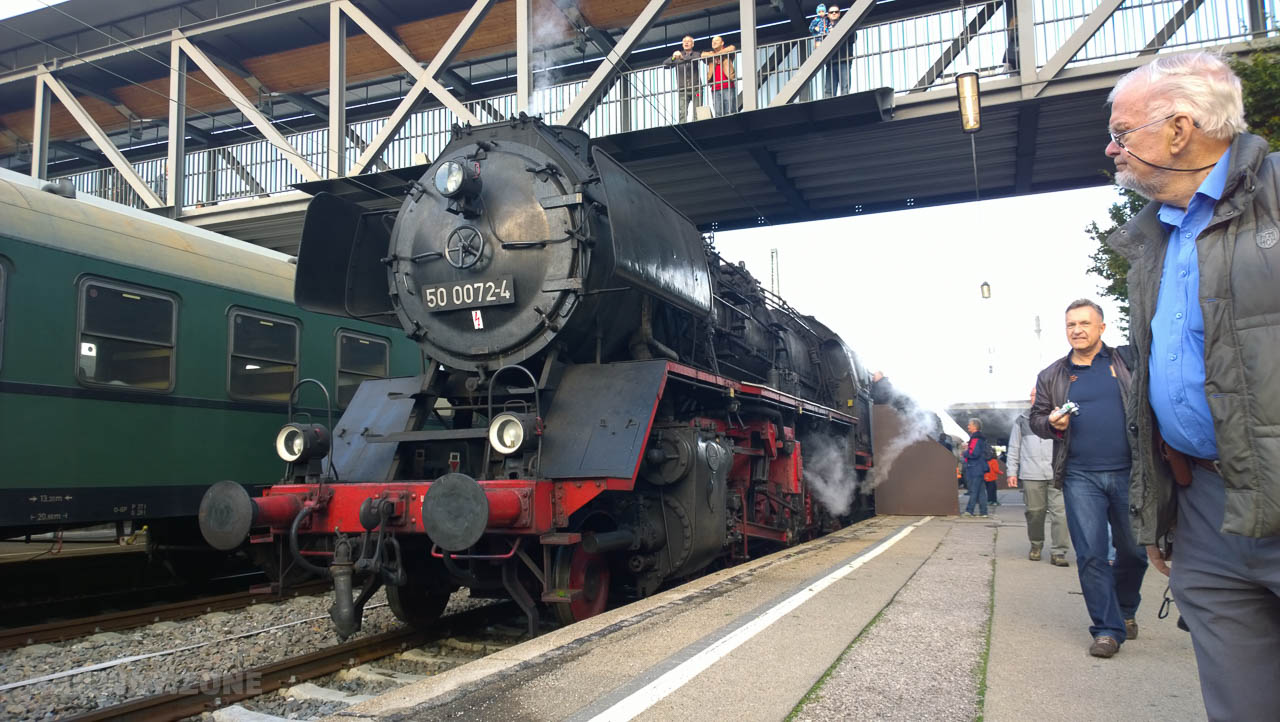 Steamers were everywhere, of course. 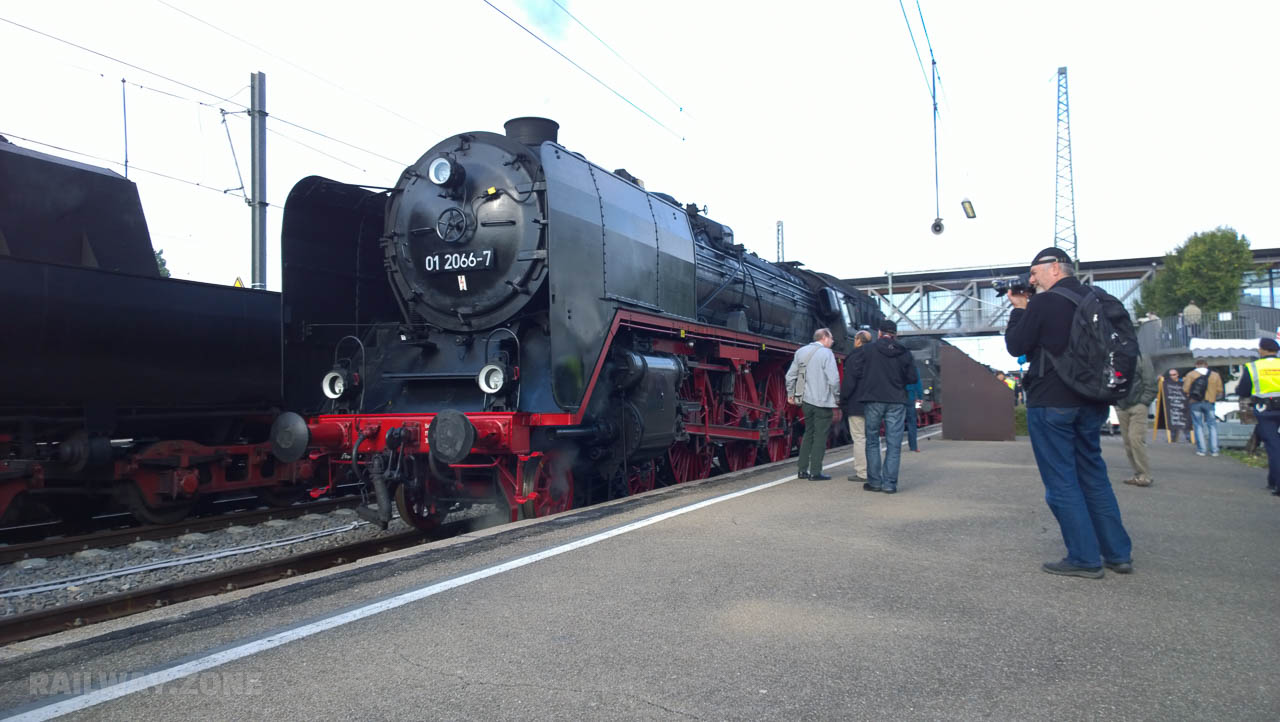 But they also had a few modern locomotives there as well, I think it was a nice addition to be able to see how the railway is working today. This is almost never in focus at exhibitions, a nice touch! 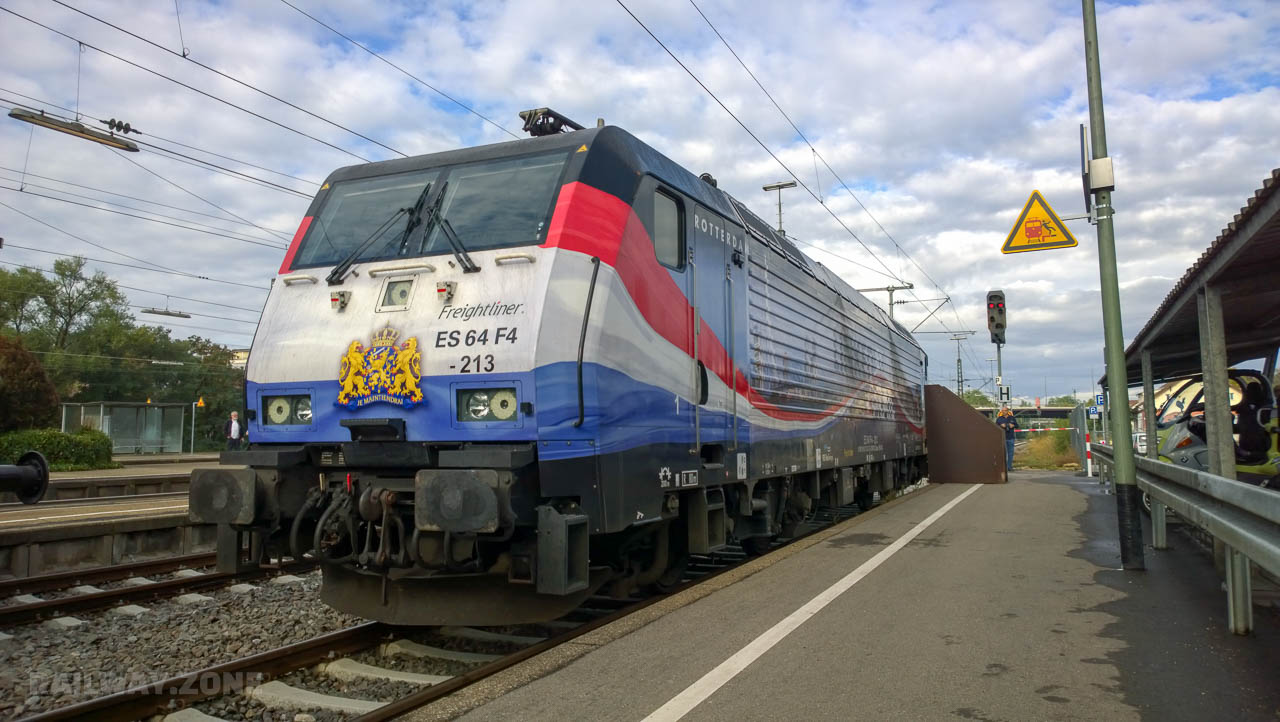 Beautiful locomotive. I might go for it at some point. 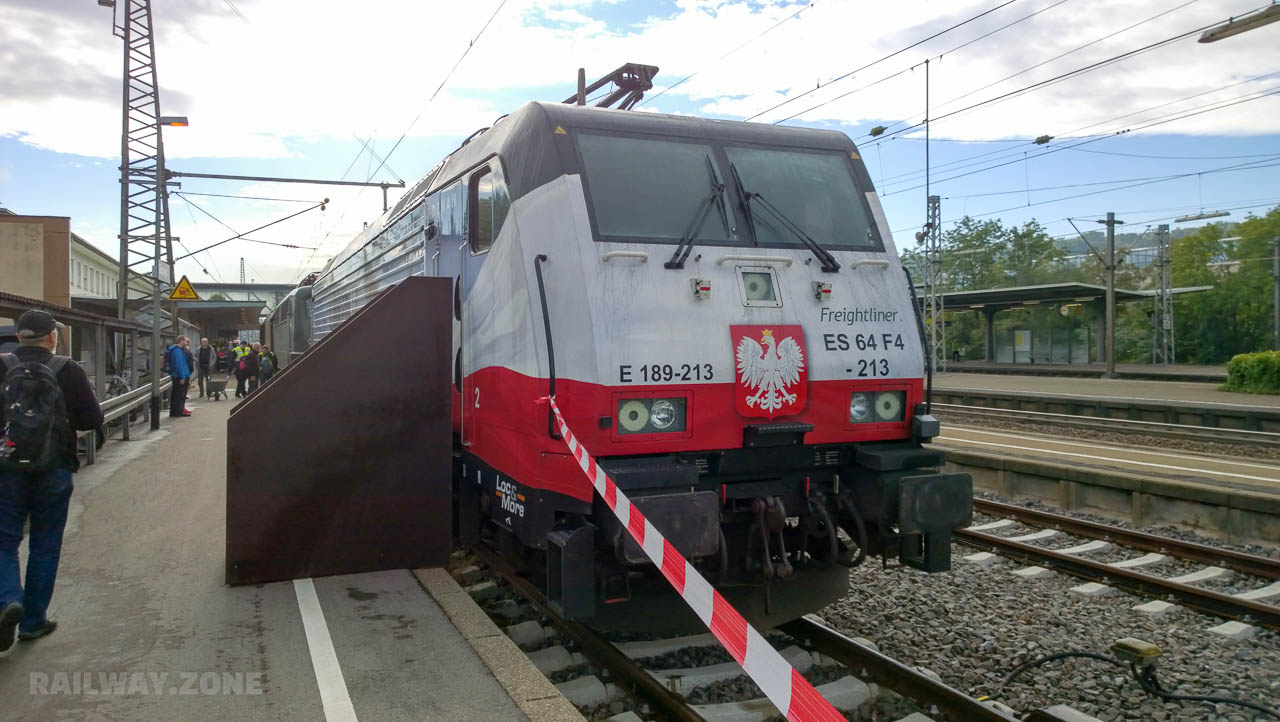 You could get a cab ride in "The German Crocodile", the class 194. 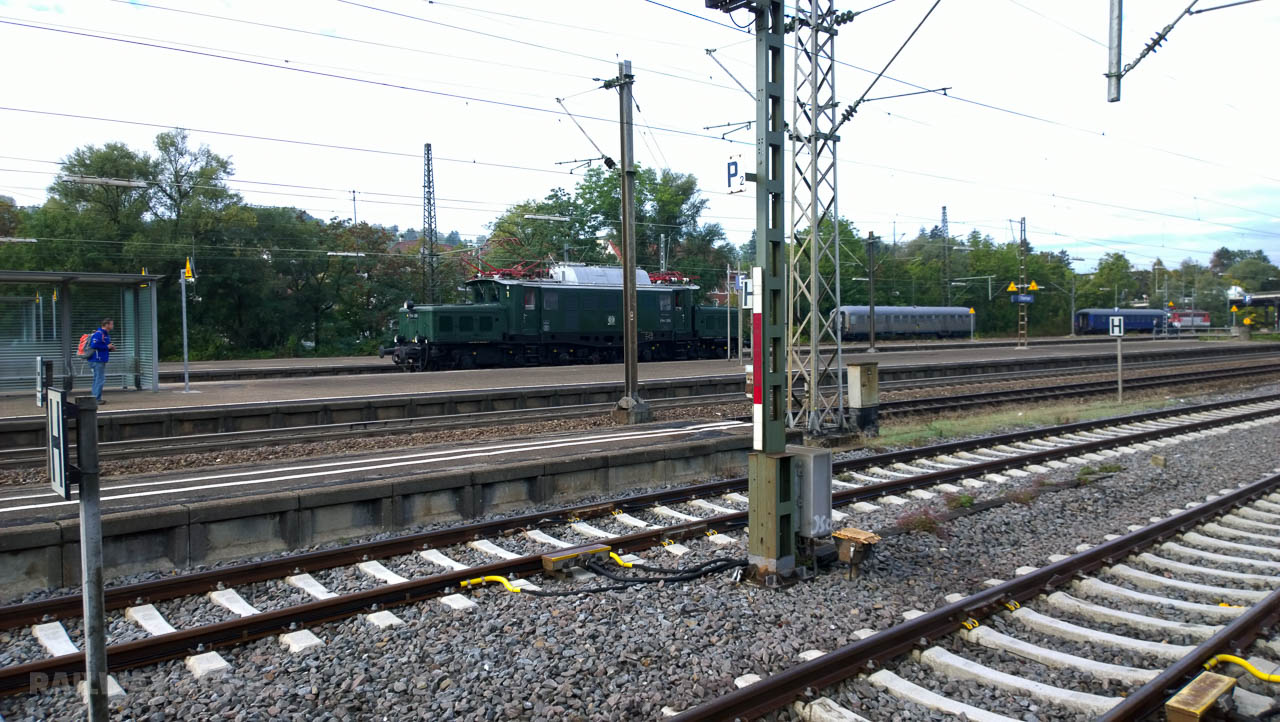 To represent the older electrics a class 140 was there as well. 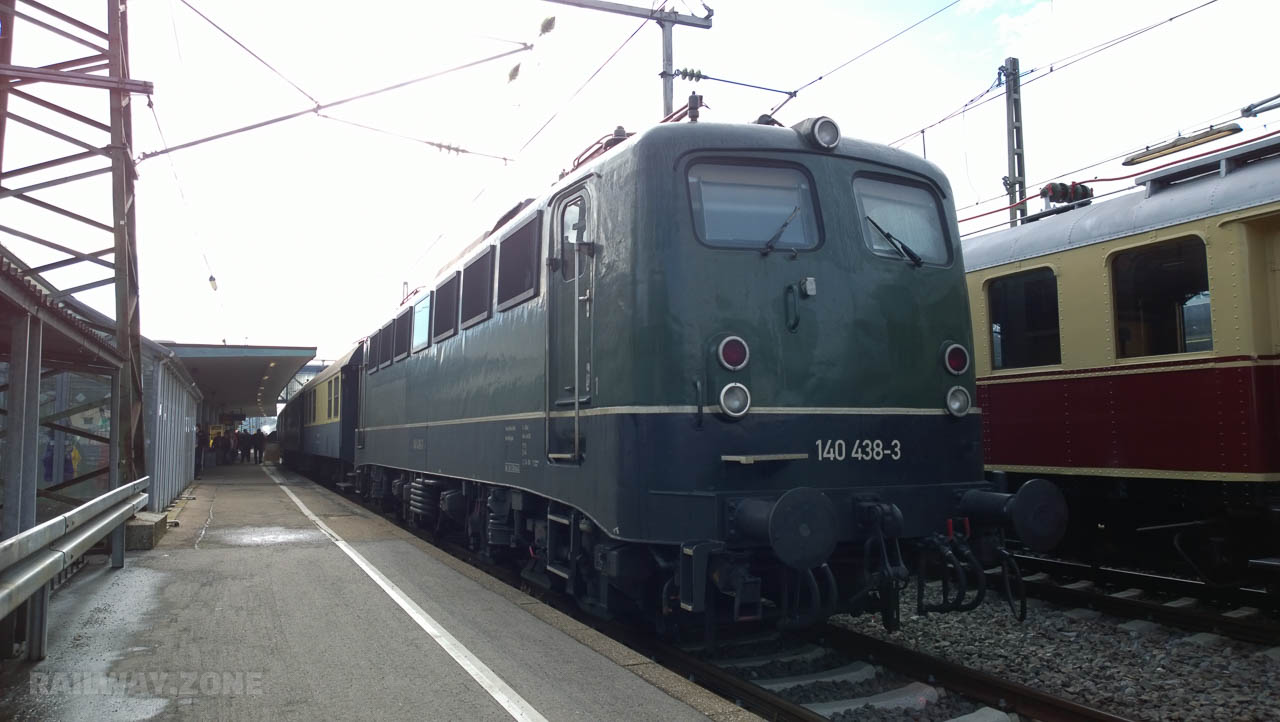 And of course the class 798 also known as "Der Rote Brummer" - pretty much the most famous German railcar. I think everybody has seen this train at some point in their lives, if not in real life, then definitely as a model. The icon of German model railways. 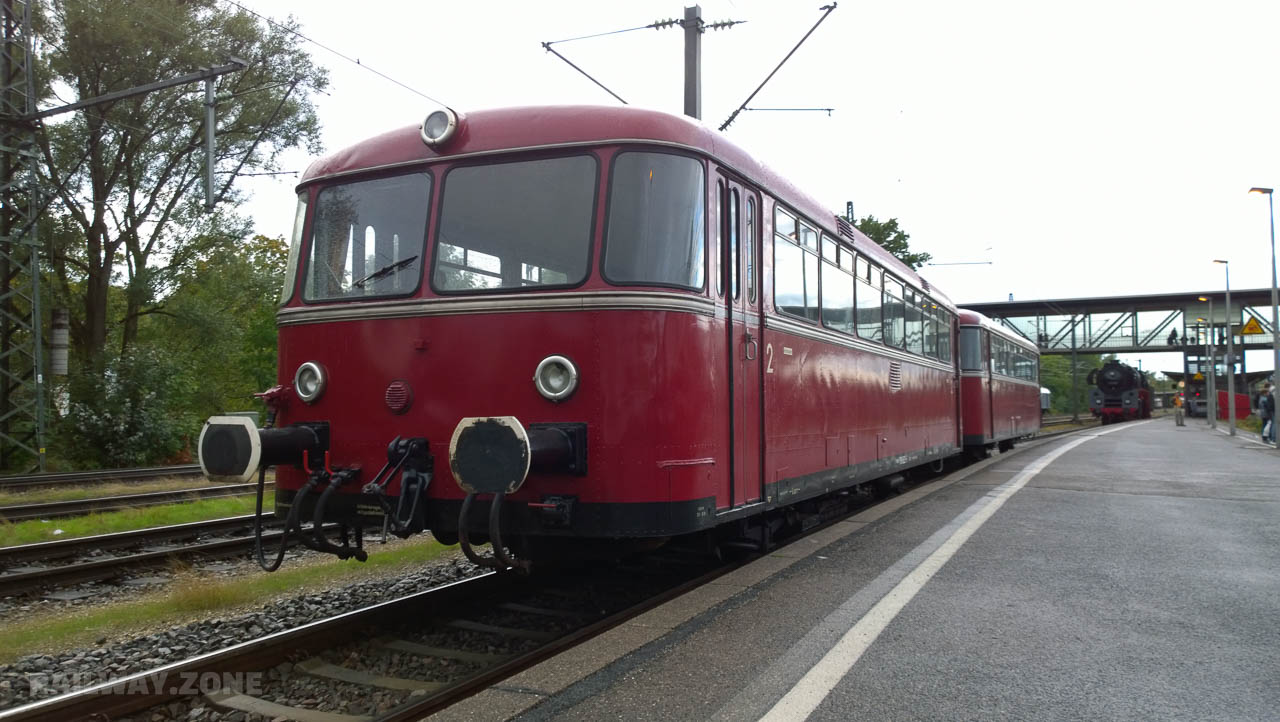 There were several class 01s there, including the 01 519 whos reconstruction is sponsored by Märklin. Hopefully the engine will be able to run under its own steam at some point in the near future. A lovely and massive locomotive. 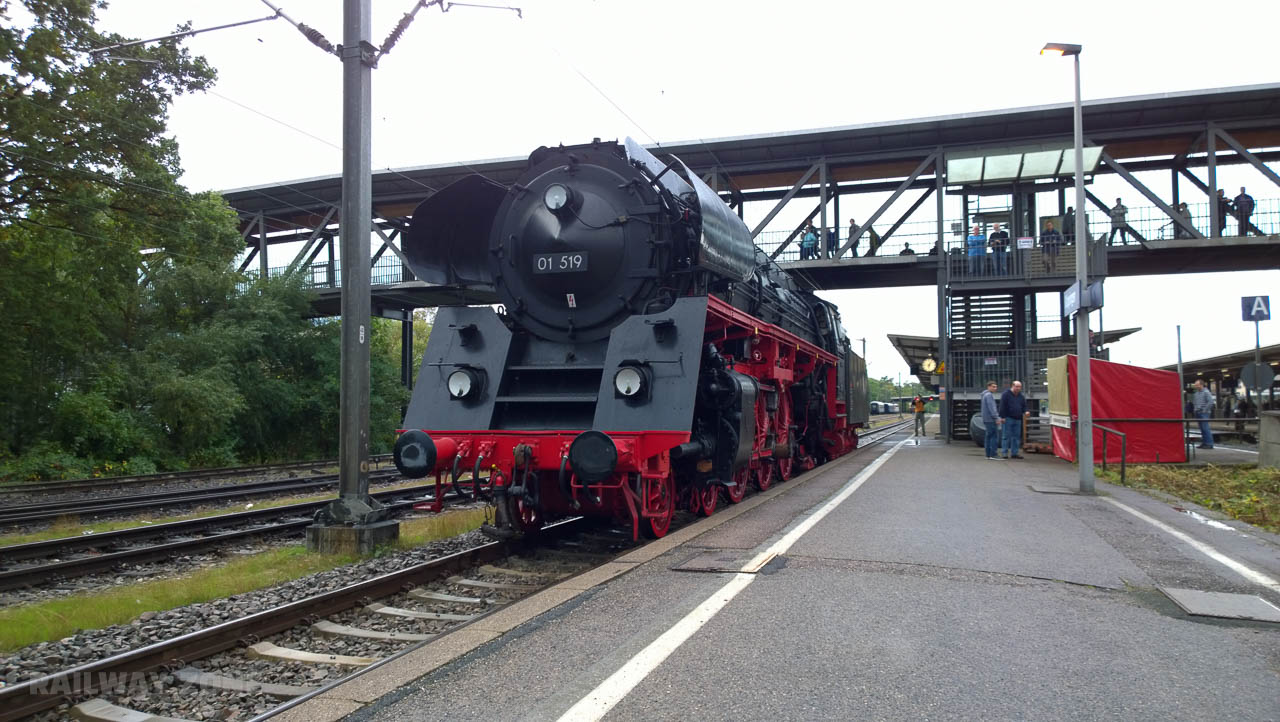 That's all from Göppingen - for now!