A visit at Kolding Modeljernbaneklub

I had the opportunity to visit Kolding Modeljernbaneklub (Kolding Model Railway Club) in the city of Kolding, Denmark. The club uses the FREMO standard as base for their modular layout inspired by the Danish railway. The meeting was situated around an era IV theme with the locomotives running in the prototypical Danish red/black livery of the time. It was particularly fun for me, because I am a fan of the modern railway.

The modules are of very high quality and some of them reflect real Danish stations, like the picture above, which is from the station of Trustrup. Today the prototype station is no more than a single track, but in the old days it was a living station with a connection to a private railway. All this is gone now, but story lives on in the model. 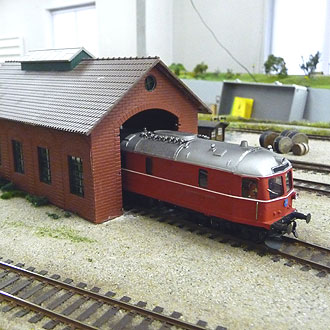 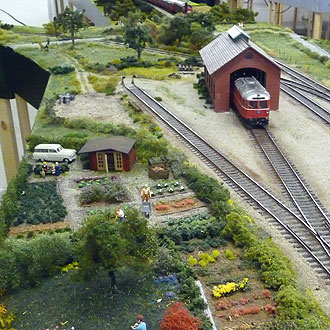 The engine in the engine shed is a typical Danish all-purpose locomotive. Because of its shape, it is nick named the "Marcipanbrød" (loosely translated into Marzipan Bar) and was used for all kinds of purposes on the small private railways throughout the country. A model is of course to be found on the layout, it has never been produced by the manufacturers, so the one on the picture is a home built model. A very good looking one, I may add.

The landscape is typical Danish and - like any other FREMO layout - you will find a lot of bridges. ;-) 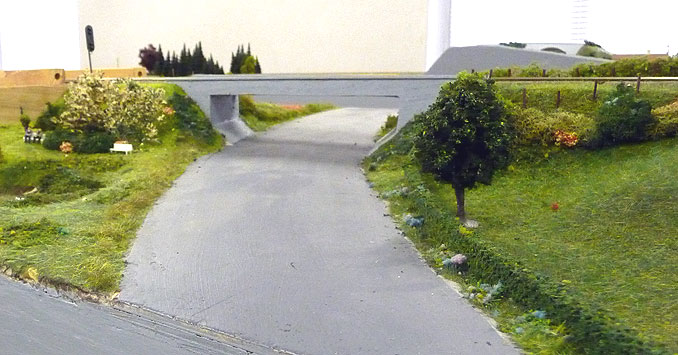 Most of the bridges are of the typical Danish bridge design that you will find on any Danish railway line. Many of the old railway bridges in the country side are still in use today. Though many have dissappeared, some of the bridges on the abandoned railway lines still stands as monuments of an era long gone. Great for the railway modellers who comes along to take measures for their next module. 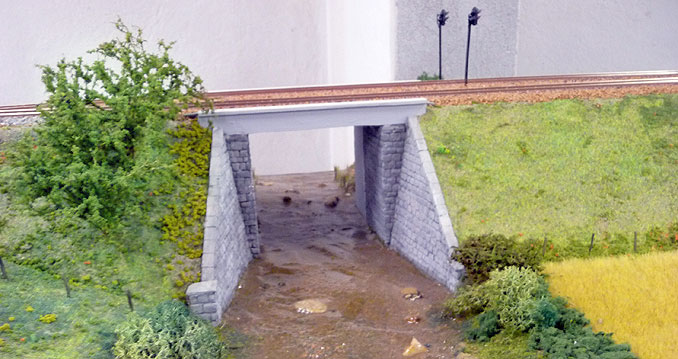 Bridges over small creeks can be found everywhere in Denmark, and of course on the layout as well.

A standard Danish road bridge over a railway line. Notice the detail with the bridge being prepared for the double track line that was never built. I really love details like this.

Freight transport plays an important role in the real railway. Of course this has to be modelled on the model railway as well. Removable cargo plays a role in the FREMO traffic game and you can find all sorts of impressing models of cargo. When a freight car arrives at its destination, the cargo is taken off so the freight car can be used for other purposes. 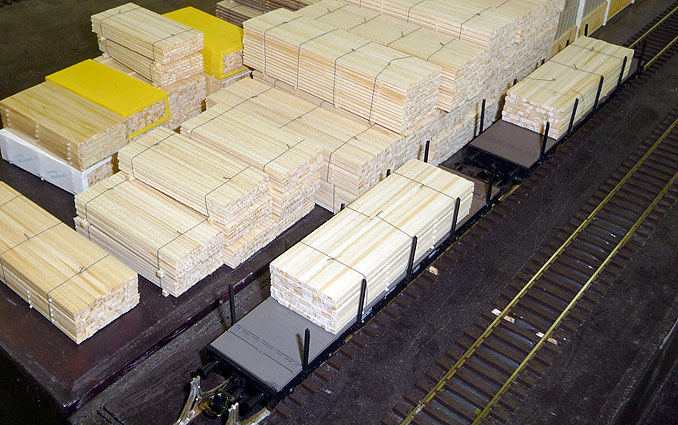 An impressing pile of wood could be found at the harbour. One of the larger modules in Kolding is a large harbour, still under heavy construction, but the finished project will be something to see, and definitely worth an article in itself. 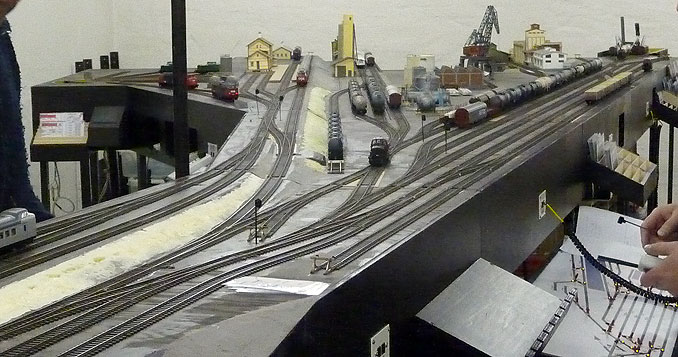 The above overview of the harbour module should give you an idea of the scale. At the far left is the engine shed with a turn table coming along and in the middle the passenger station. The lower level is the freight station and in the far background, to the right, is the ferry dock.

A coal train destined for Herningværket passes the station of Vamdrup at high speed. On the Kolding layout Vamdrup is the border station between Denmark and Germany. From here a line goes to Leenzer Bach, which is the only German station on the layout - more on that station in a later article.