In 2011 PIKO released three regional coaches traffic in red livery. The prototype is the N-coaches used in regional traffic all over Germany. The coaches were originally in a silver livery, which had them nicknamed "Silberlinge" (Silver coins). PIKO released one cab control car and two coaches. 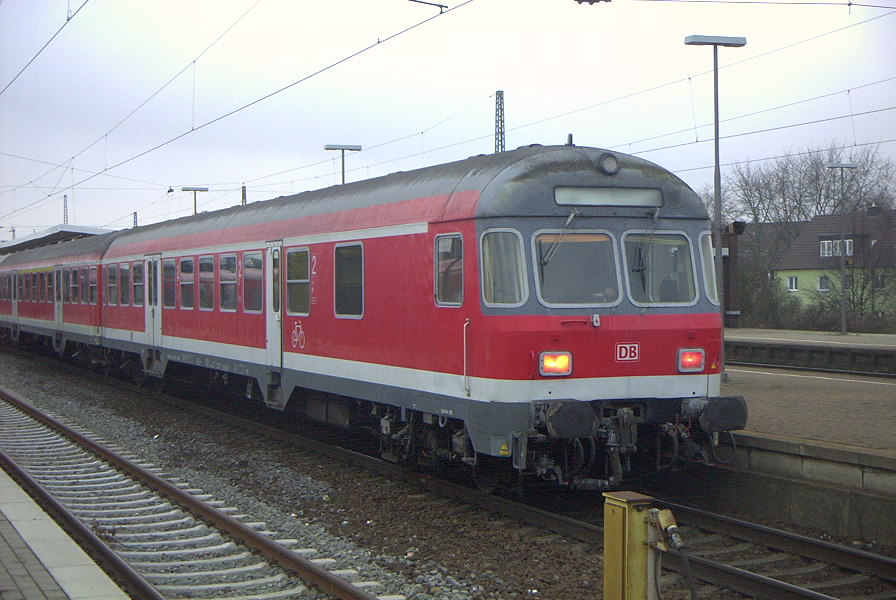 The original coaches where designed way back in 1958 and came to Deutsche Bundesbahn as a coach for use in regional traffic. The coaches were in green livery, but the final livery was the well known silver livery, giving them the nickname "Silberlinge", meaning silver coins. The prototype for the model cab control car is a newer type called Bnrdzf 463.1. The number on the model is 50 80 82-34 176-1.

The cab control car is fitted with push/pull electronics. The engineer's cab is fitted with a complete console for controlling both diesel and eletric locomotives. 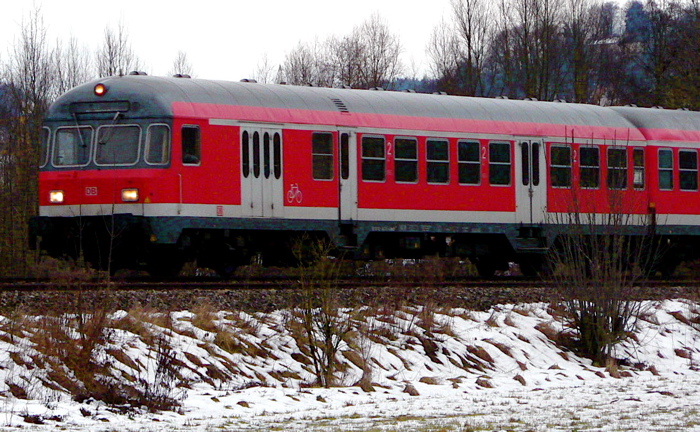 At first glance the PIKO model looks as a really nice and well constructed model - and it is. The model is placed in the PIKO Expert line of products, which is a product line that lays somewhere between the entry level line "Hobby" and the professional line "Classic". The coaches were originally in the Hobby line and moved to the Expert line. What PIKO changed - if anything - is unknown to me. Still I like the coaches, I bought three of them because I wanted a small regional train.

The coaches are exact 1:87 in scale, which is nice. As you may know, I never buy anything that is not 1:87 in scale, so I was really excited when PIKO introduced these very affordable coaches. When you look at the storage room doors of the prototype, you will notice that they are white. This is true for some prototypes cab control cars, but on this particular cab control car the prototype's doors are red - and so are the doors on the model.

The exterior is very true to the protytype. The front is the wellknown Karlsruher kopf (Karlsruhe face) it is very nicely done, but it completely lacks coupler imitations and break hoses. The storage room doors are very nicely done and the grips for the breakman are molded into the plastic. The windshield wipers are molded into the glass and not seperately applied, not that I mind though, this is a very commonly used technique, and I think it works very well. The destination sign is unlit and does not have any text, which allows you to customize the model to fit your needs.

The cab control car headlight consists of warm white LEDs and red taillights. The light change over automatically with the direction of travel. Thank you PIKO for not mounting yellow LEDs. I think the warm white LEDs make the world in difference. I am so happy about this. 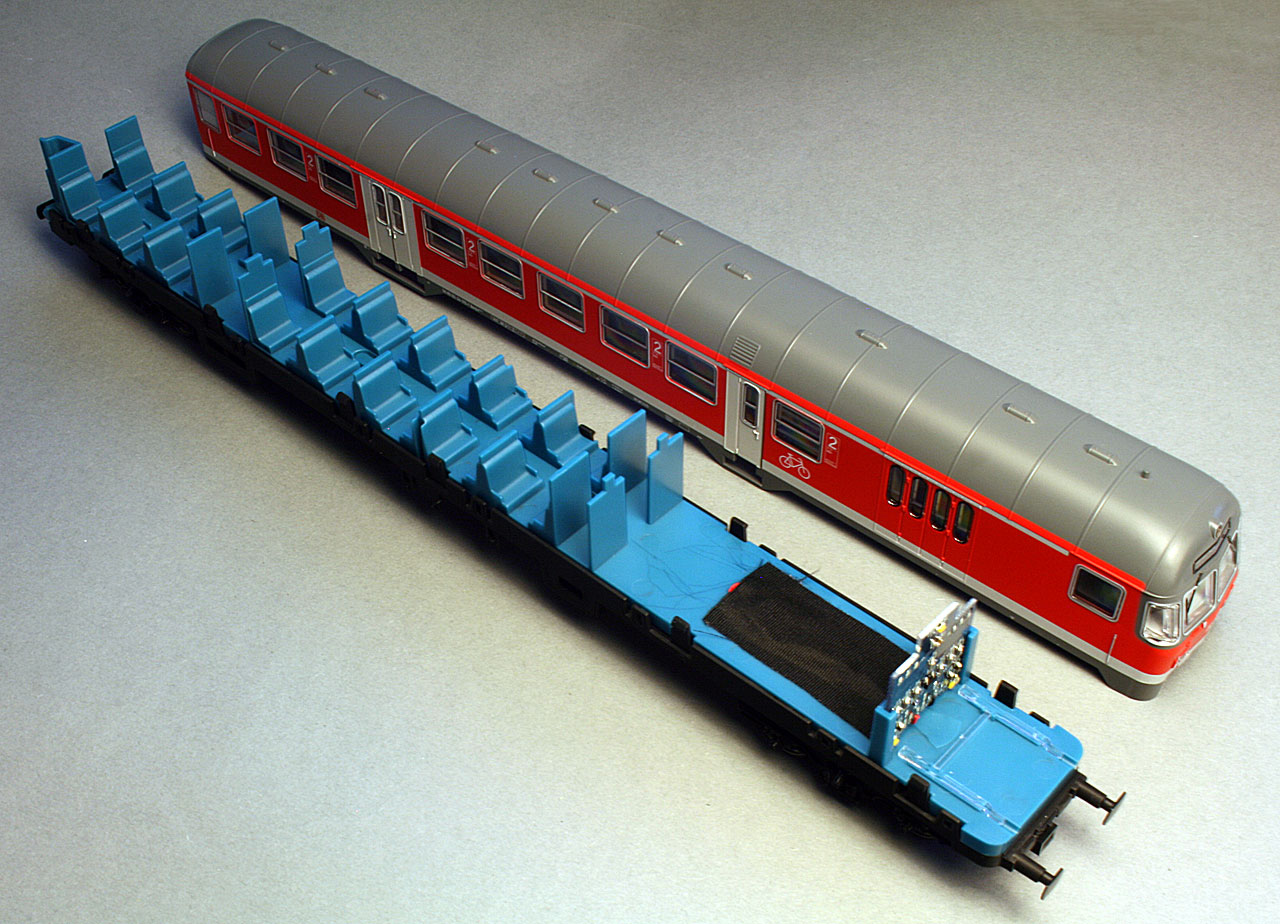 The storage room is empty space, which would allow for easy installation of a function decoder. The model does not have a decoder plug, so a bit of soldering is necessary. I would suggest that you mount a decoder plug before mounting the decoder itself. This will ease the maintenance on the decoder.

The interior is molded in one piece and model the vis-á-vis seating configuration found in the prototype. Underneath the interior is a heavy piece of metal to up the total weight of the car.

The interior has high points which will ease the installation of a lighting kit, since the circuit board can rest solid on those high points. The taillights at the end of the coach consists of transparent red plastic, which should allow for easy installation of LED taillights.

The generator for charging the on board batteries is visible on the rear boggie, which is a nice little detail.

The engineer's cab have interior decoration as well. The roof makes it easy to install interior lighting, should you chose to do so.

Technically there is not much to say about coaches, since they do not really have anything electronic. The cab control car has a powerpickup on both boggies, one boggie is plus and the other is minus. The power pickup is soft metal taking power from the axles. 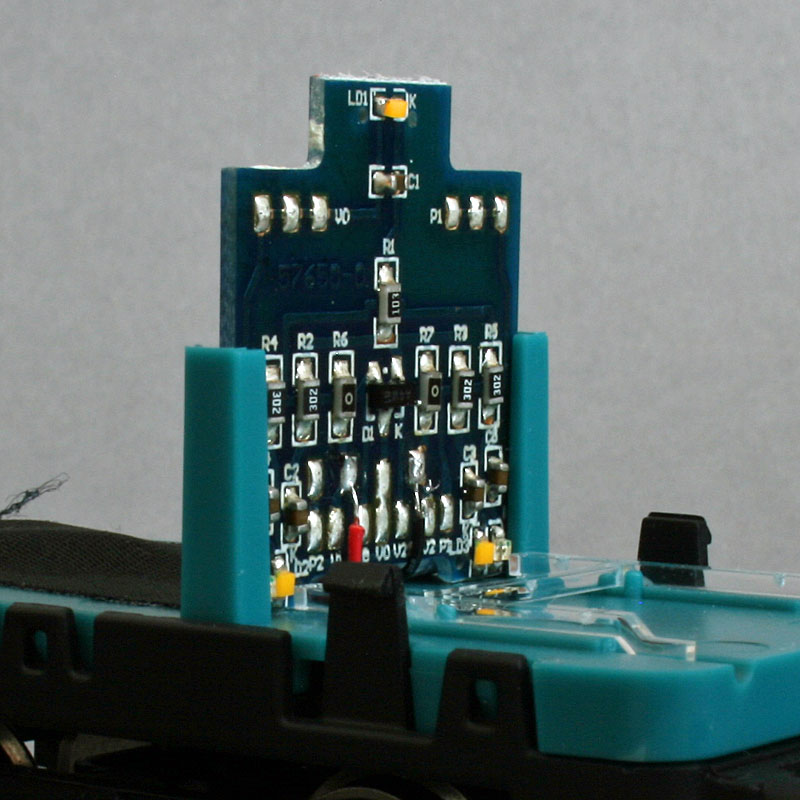 The circuit board is mounted vertically behind the wall of the enigneer's cab. The light from the LEDs is transported through fiber to each headlight. The fiber is shielded all the way to the headlights, which allows for almost no light to escape, thus giving a crisp clear headlight. The coaches have short coupler kinematics and NEM pockets.

The coaches run very well and are not heavy, which allows quite a long train. Your avereage German regional train consists of three to six coaches, but PIKO only produces three coaches, one of them being af 2nd and 1st class coach. This will allow for a three coach trains, unless you are prepared for duplicate coaches on your layout. I am not.

PIKO really did good job in both price and detail. To be fair, the detailing is the not the same as the Roco counterpart, which has more detail, but the price is also much higher. That being said, the PIKO model and the Roco model can easily be coupled together in the same train without you noticing it. The difference is not that remarkable. 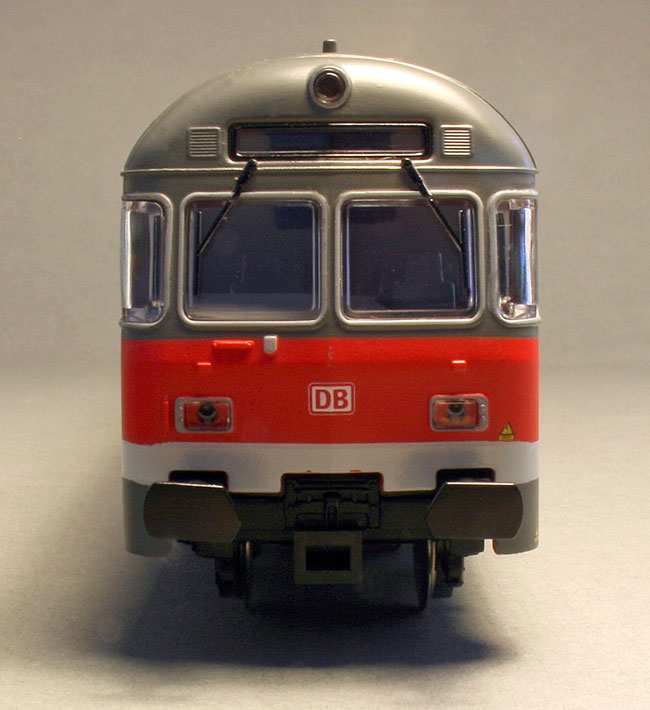 The short coupler kinematics is not the best. Even with a short coupler mounted, the distance between two coaches is still roughly 2 to 3 mm, which is quite a bit compared to coaches from other manufacturers. Pushing the coaches with a locomotive closes the gab further.

I like my coaches to have different running numbers. PIKO unfortunately have a habit of only producing a few numbers and never change them. I think it would be a great thing, if PIKO would re-issue these coaches with new numbers, that way I can buy more of them for my train.

I am seriously considering installing a function decoder and interior ligting - I even consider installing cab interior lighting, which I think could look really cool.

With these models of the famous silver coin coaches, PIKO shows what they do best: Good quality coaches at an affordable price. I know the coaches cannot match the Roco counter part, but the coaches cost around 37 € (cab control car is 45 €) where the Roco coach is around 60 € (cab control car, although of type Wittenberg and not Karlsruhe, is 73 €). Still the detailing on the PIKO coach does not leave much to ask for.

Will I buy more of these coaches? Yes I will! If PIKO would re-issue them with new numbers. ;-) PIKO also produces a line of the coaches in various livery for previous eras. If you fancy those eras you can give them a try as well.

That's it for the PIKO silver coin coaches in traffic red livery. If you are a fan of the modern German railroad - go for them!