Update For The Märklin Central Station 2

A few days ago Märklin released a new update to the Central Station 2. The update does not include a changelog, but from what I can see, from browsing around the system, a few changes are in place. When updated, your Central Station will be at version 4.1.2 (3).

Update: Märklin has now released a changelog. I have updated the article accordingly.

The update corrects this problem. The Central Station will now ask you which simulation mode you want when registering an mfx+ locomotive. Railway modellers that do not use mfx+ can choose Standard mode.

Also included in this update is an mfx+ cab for the Goliath Crane. The crane can only operate one of its three motors at any given time. The cab simulation reflects this behaviour. The crane operates on diesel.

A welcome change is the ability to search for new Märklin Bus devices. When you go into the info section of the setup page, you will now see a "Can-Test" button. Pressing this button performs a search for new Märklin Bus devices. Let's say that you attach an S88 LINK, press the Can-Test button, and the S88 LINK immediately shows up in the list of devices. Previously you had to make sure the S88 LINK was powered before powering on the Central Station 2. 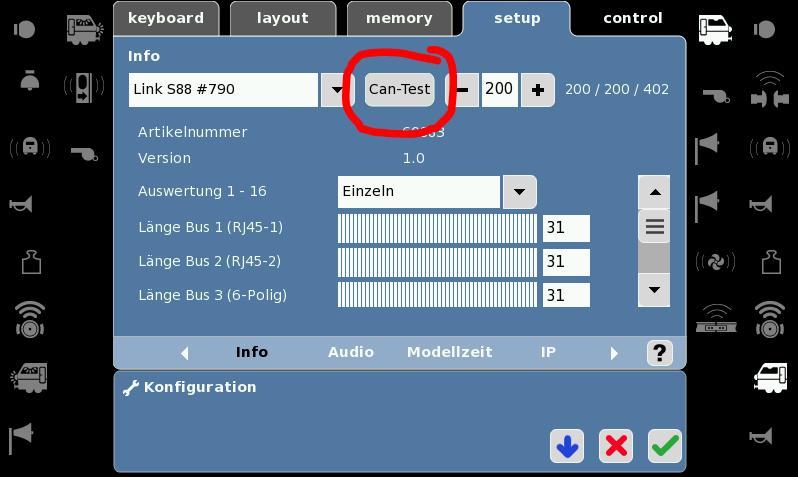 If you have been a user of the built-in fast clock, you will know that saving changes can take forever. It looks like this update has changed that. The saving of changes to the model time settings is now almost instant. I use the model time a lot, so this is a welcome change.

Note: I am not sure if saving changes is generally faster, I have just noticed it on the model time page. Let me know, if you spot other performance boosts.

Feedback will now be read first when the Central Station starts. This allows for automatic operation to resume immediately.

The registrering of mfx-locos has improved. The blinking mfx icon should be history with this update.

Updating new decoders where multiple files are included in the update can now be done without any problems.

Here's some screenshots from the update procedure. 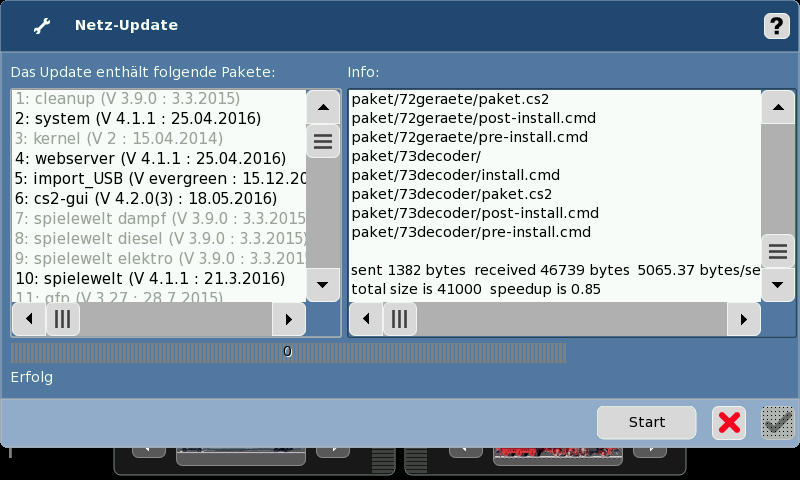 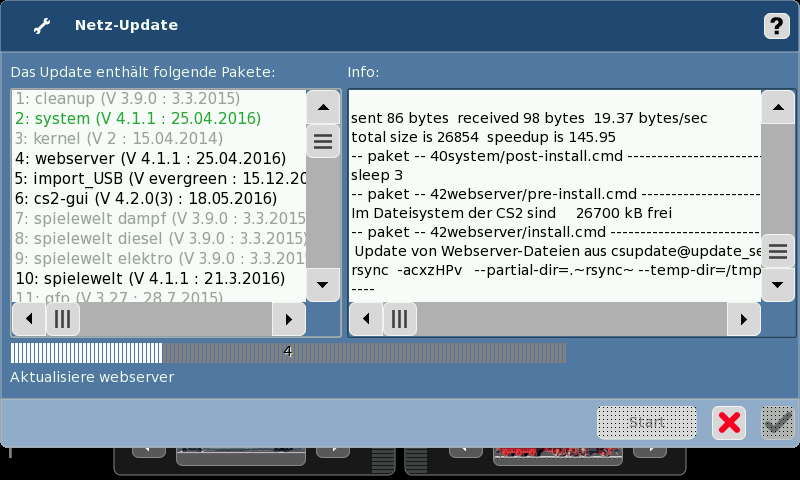 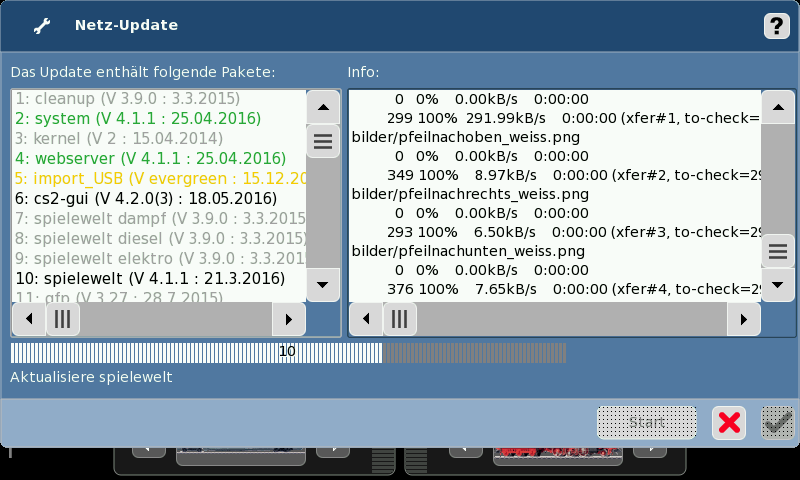 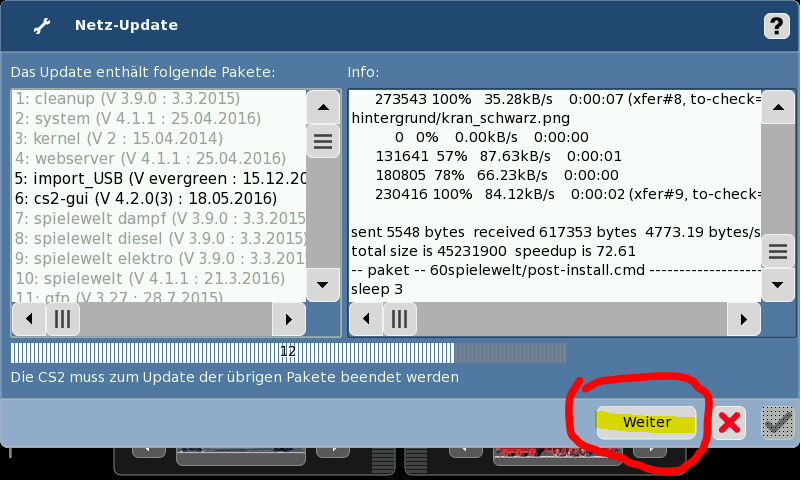 To update the user interface, the Central Station had to be restarted to apply the update. 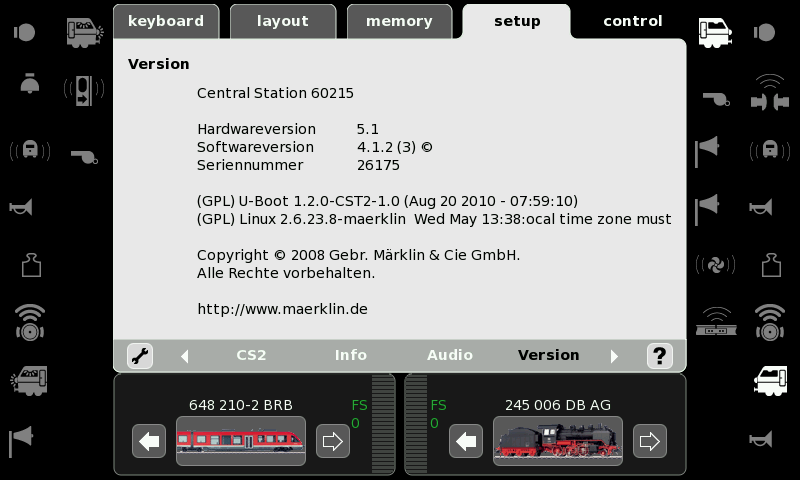 Did you notice anything new other than the above?