It finally arrived on my doorstep, the Trix Club wagon 2015. This year's model is a sugar transport wagon of the class Kds 54. 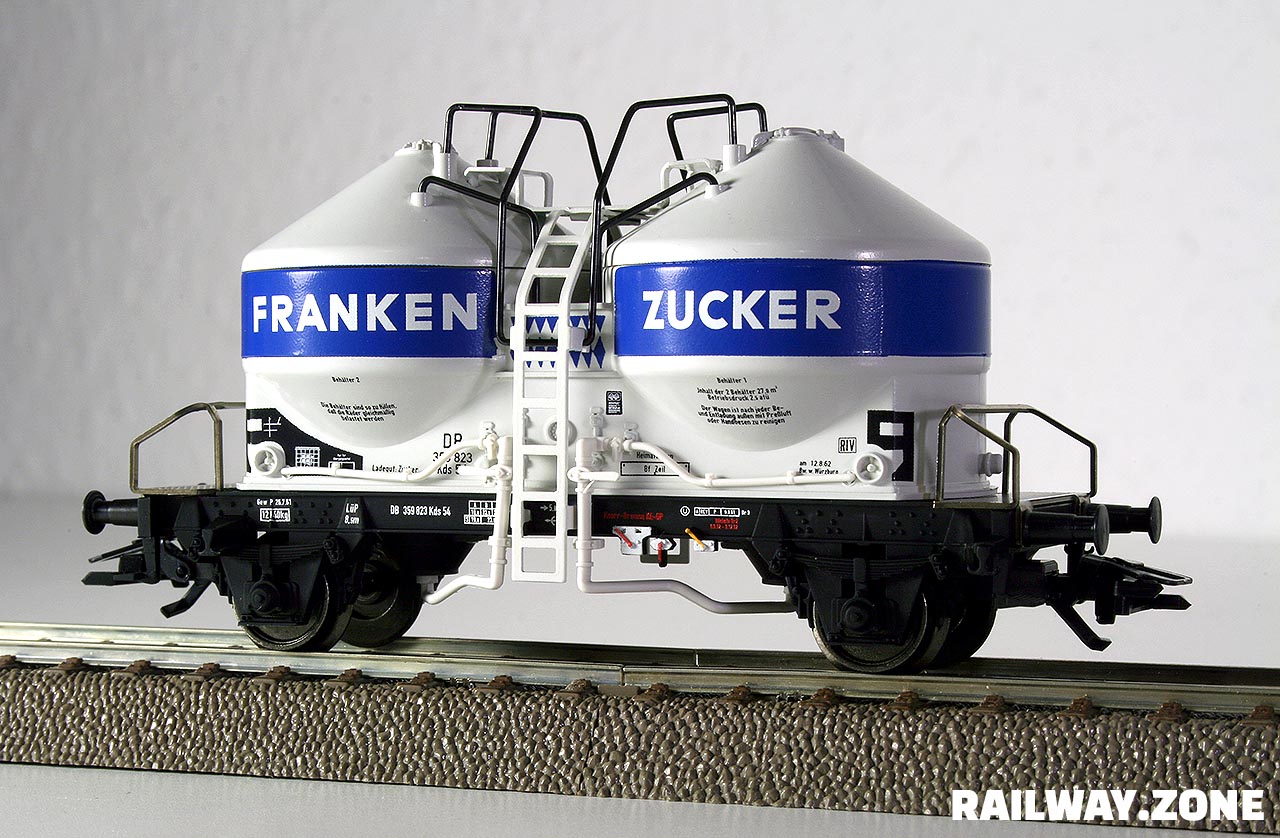 The club wagons from Trix has always been concentrated around era I. This is changing now, as a vote between the club members decided that the club wagons should also include models from Era III. From now on, you will get either an Era I or an Era III model. I find this a bit unfortunate, as I like the Era I wagons, but the majority of the members has spoken, so this is what is going to happen. 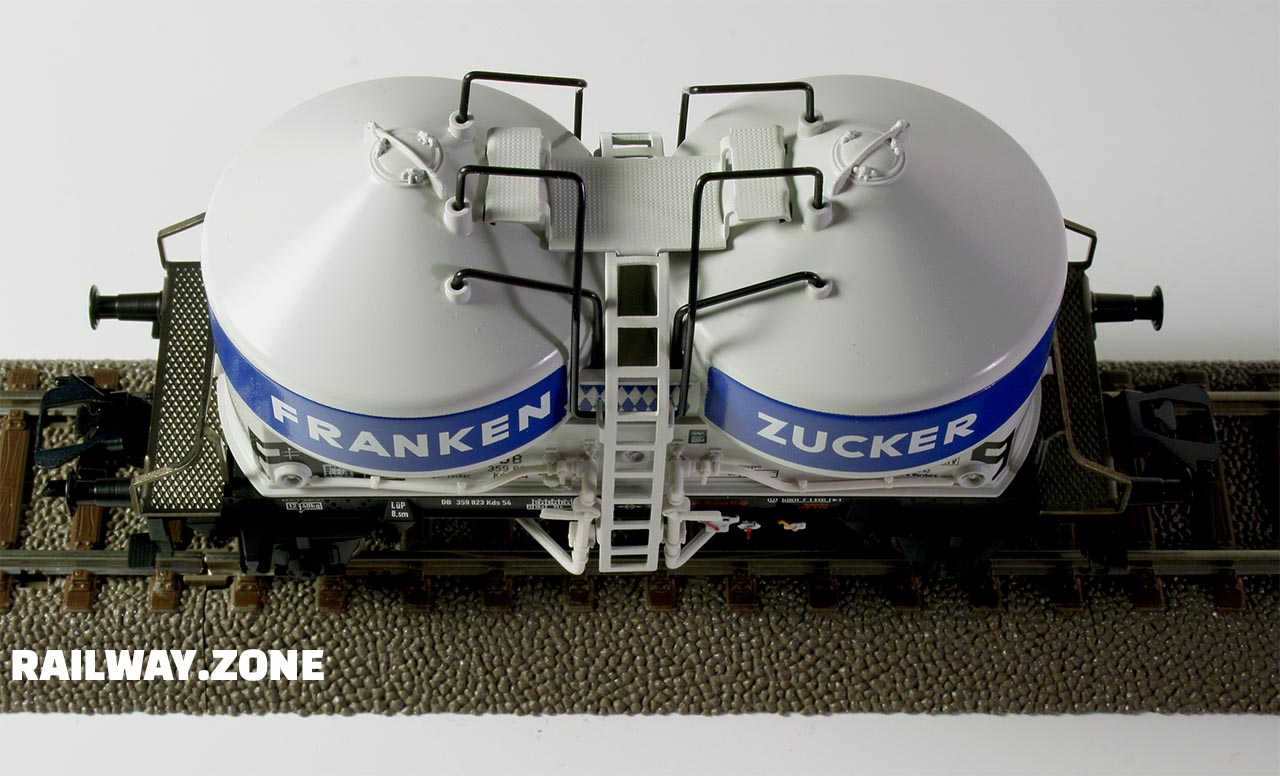 Trix Club wagons are often very detailed and beautiful models. You can check out my article on the different club wagons through the years.

This year's model is no different. The model represents Era III and is from somewhere before 1965 as it is of class Kds 54 (these were reclassified as class Ucs 908 in 1965). It is a sugar transport wagon from the company Zuckerfabrik Franken GmbH. 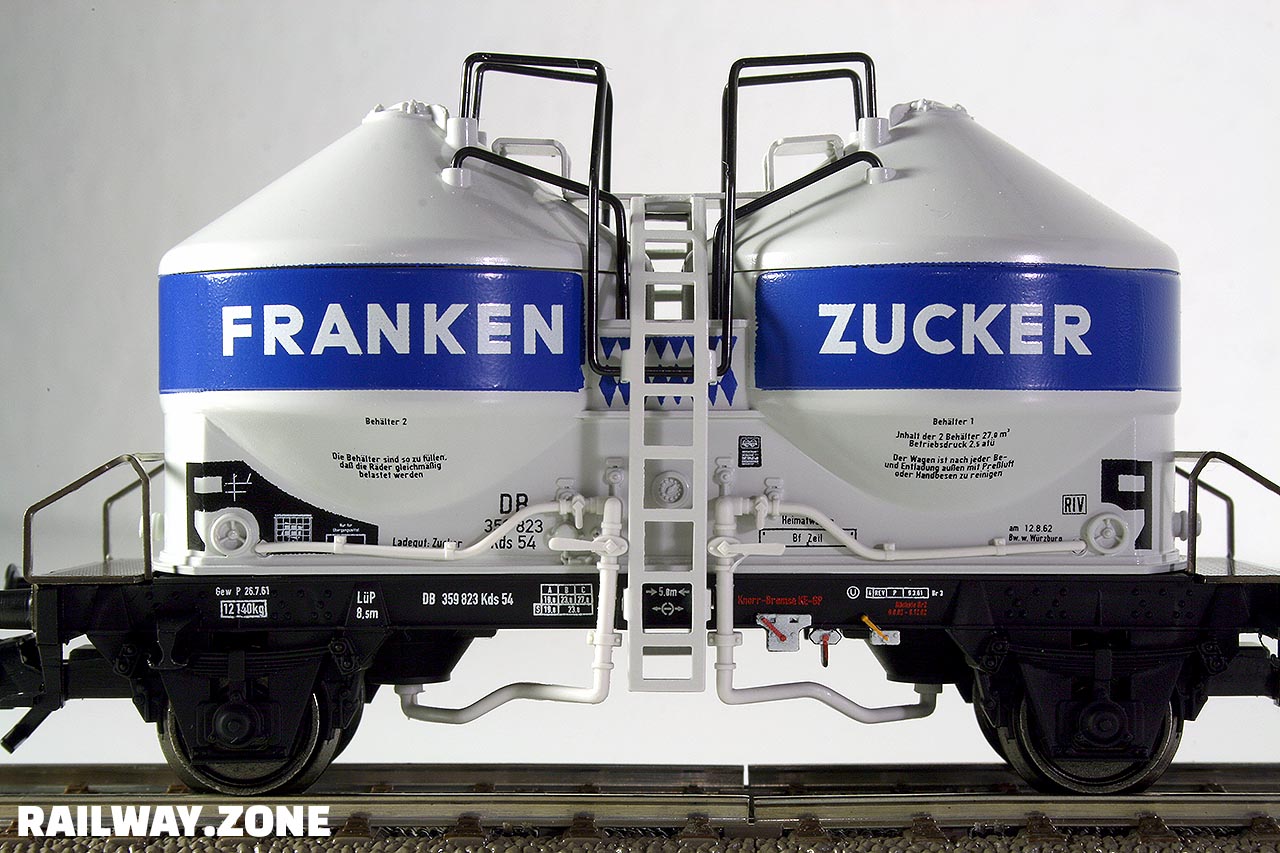 The wagon itself has two domes each with a capacity of 12.5 cubic meters. The wagon has a lot of fine details such as pipes and plugs for compressed air. 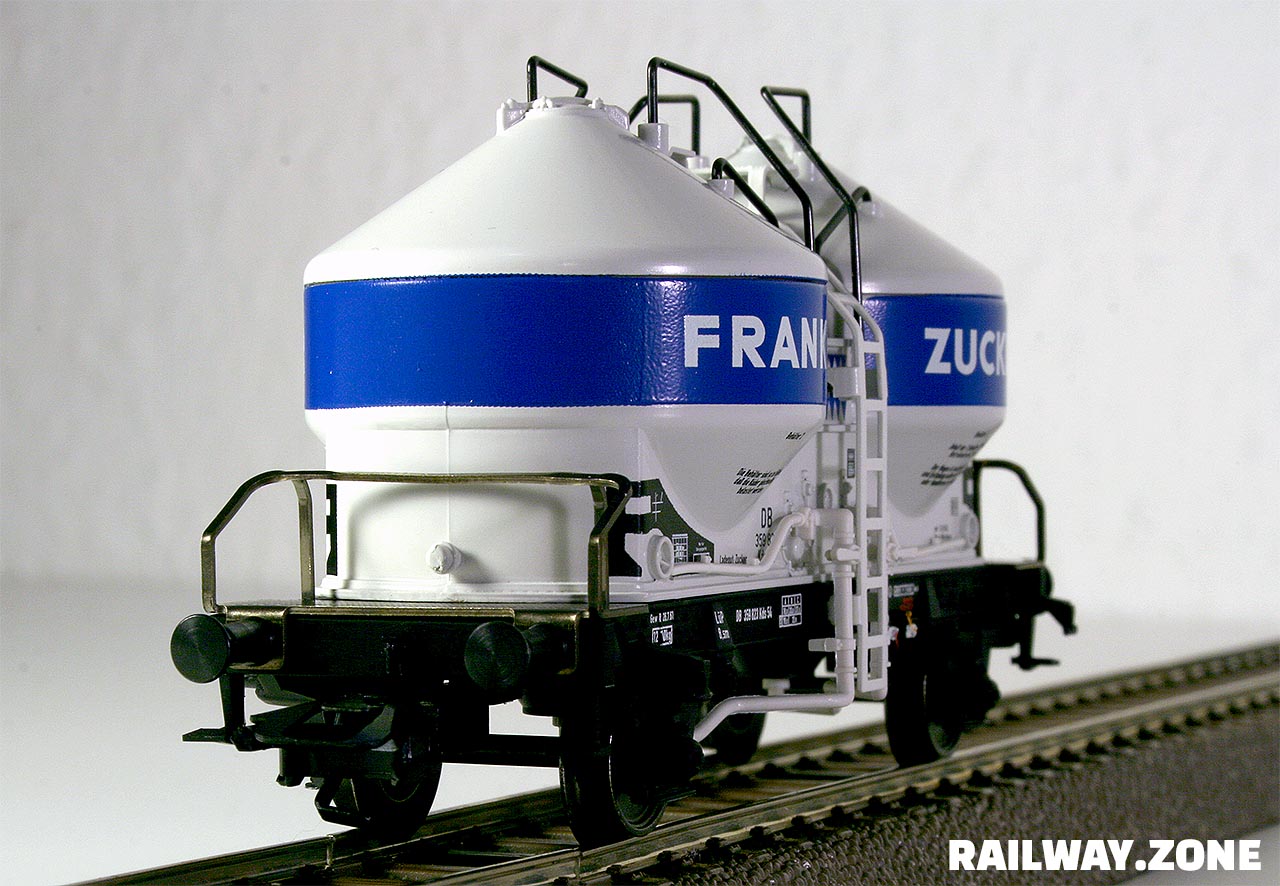 The wagon is available for Trix H0, Minitrix N and Trix Express.

Wanted! I have not been able to find a picture of the prototype with the "Franken Zucker" labelling, if you know about a picture, or where I can find it, please use the contact form and let me know!

About The Trix Club

The club wagon is part of the subscription to the Trix Club. Being a member you also get a subscription to Märklin Magazin (in English), Trix Club News, a couple of DVD's, a free catalogue and other stuff through the year. You also get a club card which gives you reduced entry fees at selected museums (often railway related) around Europe.

Tip! If you control your trains using the Märklin Digital components, you will find a lot of inspiration in Märklin Magazin. They often include articles about digital operation and how to use the components. Märklin Magazin is not just for people running Märklin, currently, they have an article series about building a two-rail layout using the Trix C track.

If you collect H0 and have a love for Trix models - or Märklin Digital, I encourage you to join the club. I would also encourage you to use the contact form and get in touch with me. I love to hear from fellow model railway operators!